The Blues failed to secure a bonus point but stayed top of the Super Rugby Trans-Tasman standings after a 31-24 victory over the Queensland Reds in Brisbane. 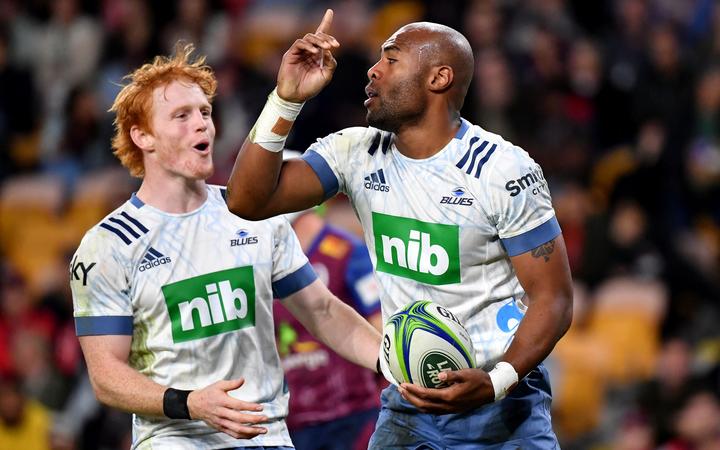 The Crusaders earlier beat the Western Force 29-21 in the opening match of the round but were left ruing a try after the hooter from the visitors that also cost them a bonus point.

The Blues top the standings by a point from the Crusaders with the Hurricanes, who play the ACT Brumbies on Saturday, a further three points back in third. The top two after next week's final round will play off for the title.

The Reds beat the Chiefs last week to secure a first victory for the five Australian teams in the competition but were unable to back it up after playmakers James O'Connor and Bryce Hegarty were late injury withdrawals.

Wallabies number eight Harry Wilson burst through the defensive line to score the first try of the match but Reds hooker Brandon Paenga-Amosa was shown a yellow card for collapsing a maul in the 26th minute.

The Blues made the most of the extra man to run in tries through flanker Dalton Papalii and winger Mark Telea and skipper Patrick Tuipulotu crashed over the line to extend the visitors' lead to 24-7 early in the second half.

Paenga-Amosa quickly responded for the Reds but Blues half back Finlay Christie confirmed his fine form with an opportunistic try to restore the lead to 17 points.

A crosskick sent Filipo Daugunu over for a try 10 minutes from time and the Fiji-born winger kicked a late penalty to give the Reds a sniff of a draw. 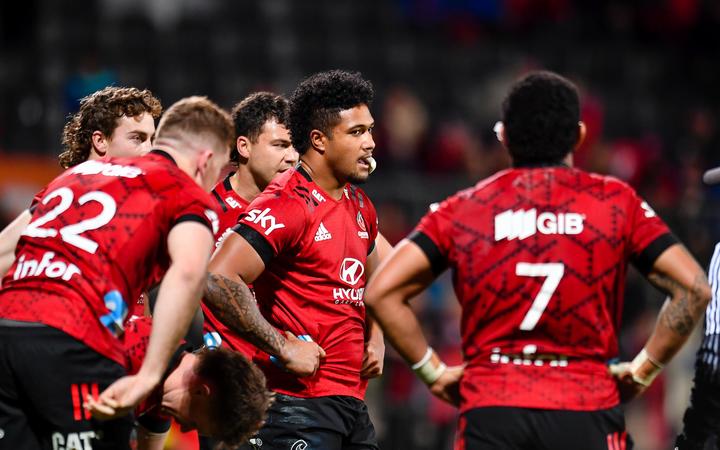 Earlier in Christchurch, the Super Rugby Aotearoa champion Crusaders overcame the Western Force in an arm-wrestle of a match.

The Perth side competed well at the breakdown and put in a sterling defensive effort but were unable to convert enough of their opportunities to threaten an upset of a Crusaders side missing rested first-five Richie Mo'unga.

Fullback Will Jordan scored two of the home side's five tries and had another scratched off but the visitors had the last word when Kyle Godwin kicked behind the Crusaders' defensive line and English winger Jordan Olowofela raced through to score.

"This one really hurts as it's a points race and it's tight at the top," Crusaders captain Scott Barrett said.