Chiefs fullback Damian McKenzie has been suspended for the remainder of Super Rugby Trans-Tasman but will be back for the All Blacks. 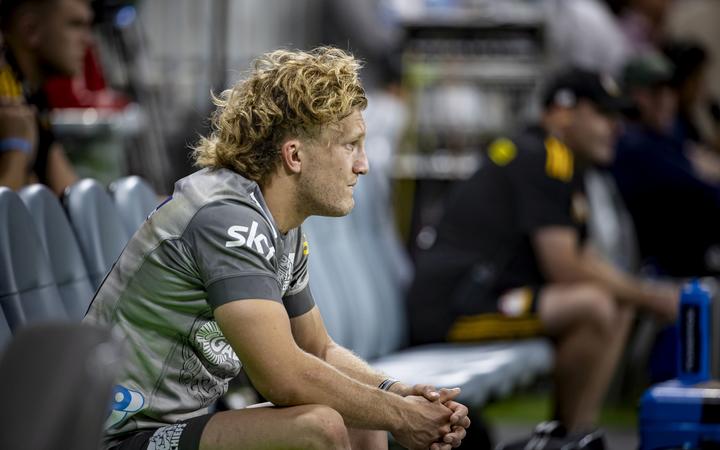 The SANZAAR Foul Play Review Committee has ruled McKenzie out for three weeks following his red card for a dangerous tackle on Reds halfback Tate McDermott in the 22nd minute of the Chiefs' 40-34 to the Reds in Townsville on Saturday night.

Any incident of foul play involving contact with the head starts with a potential six week suspension.

McKenzie's guilty plea and judicial record saw the time on the sidelines reduced to three weeks by the committee of Adam Casselden, Mike Mika and Stefan Terblanche.

"Having conducted a detailed review of all the available evidence, including all camera angles and additional evidence, including from the player and submissions from his legal representative, Aaron Lloyd, the Foul Play Review Committee upheld the Red Card under Law 9.13," Casselden said.

"However, taking into account mitigating factors including the player's good judicial record and pleading guilty at his first available opportunity the Foul Play Review Committee reduced the suspension."

McKenzie is suspended until 19 June, meaning he will be available for the All Blacks first Test against Tonga at Mt Smart Stadium on 3 July.

McKenzie will miss the rest of the Super Rugby Trans-Tasman season with the Chiefs having two games remaining against the Rebels and Waratahs.

The Chiefs are unlikely to make the final of the Super Rugby competition on 19 June.