Latest - Northland swimmer Hayley McIntosh has recorded a big lifetime best to qualify for the Tokyo Olympics at her final attempt. 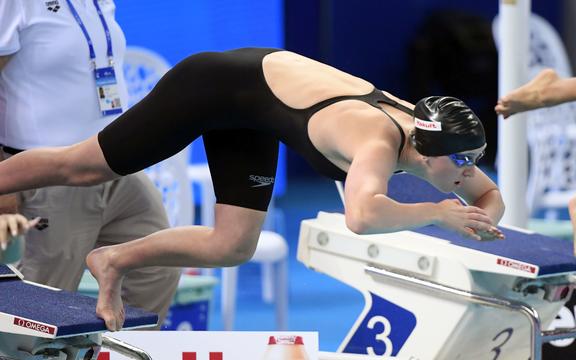 The 22-year-old has clocked a time of 16:28.96 minutes in the women's 1500m freestyle at the last chance qualification meet in Hamilton.

McIntosh shaved more than six seconds off her previous personal best she set at the national championships in Auckland last month and was three seconds under the qualifying standard.

She is the sixth New Zealander to qualify for an individual event in Tokyo.

Carina Doyle is also expected to be nominated to the New Zealand Olympic Committee to be selected in the women's 4x200m freestyle relay.

The Chiefs Super Rugby game against the Melbourne Rebels this weekend has been pushed back a day to give the Australian side enough time to travel to New Zealand. 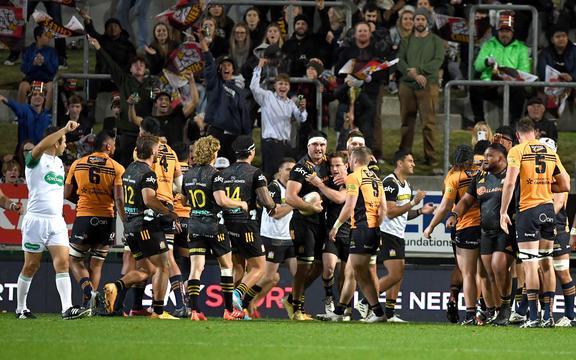 Originally scheduled for Saturday evening, the game will now be played at 3:35 Sunday afternoon.

The Rebels are currently based in Sydney after moving out of Melbourne to escape a Covid-19 outbreak last week but remain subject to a Covid-19 travel pause between Victoria and New Zealand, which has been extended until Friday night.

Chiefs CEO Mike Collins said shifting the kick-off gave the match the best chance of being played in Hamilton.

"Providing the travel pause lifts on Friday the Rebels will be able to fly to New Zealand on Saturday, but it would be unfair to ask them to travel and play on the same day," said Collins.

New Zealand Rugby, Rugby Australia and Sanzar are working with the Chiefs and Rebels on a contingency plan to play the match in Sydney should the travel pause be extended past Friday.

RTS remains in the hunt for another Dally M

Roger Tuivasa-Sheck is in the running to win his second Dally M player of the year award in his final NRL season. 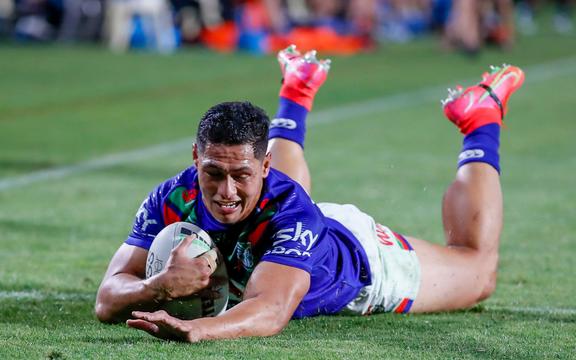 The Warriors captain is sitting second in voting after 12 rounds.

Despite the Warriors sitting outside the NRL top eight, Tuivasa-Sheck is four points behind Panthers halfback Nathan Cleary, who has helped guide Penrith to an unbeaten start to the season.

Voting will now take place behind closed doors until the end of the season when the winner will be named.

He will change codes at the end of the year to join the Blues.

Experienced New Zealand surfer Paige Hareb has made a strong start to her last-ditch bid to qualify for the Tokyo Olympics. 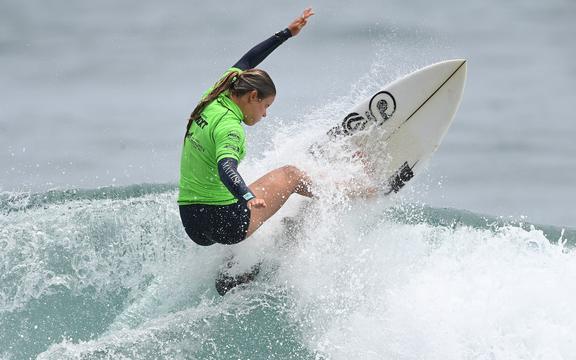 She has won her opening round heat at the World Surfing Games in El Salvador.

Hareb scored 10.83 to win heat 17 ahead of competitors from Nicaragua, Panama and Chile.

National champion Saffi Vette finished second in the following heat to also progress to the next round.

Six spots in the women's Olympic field are up for grabs in El Salvador. 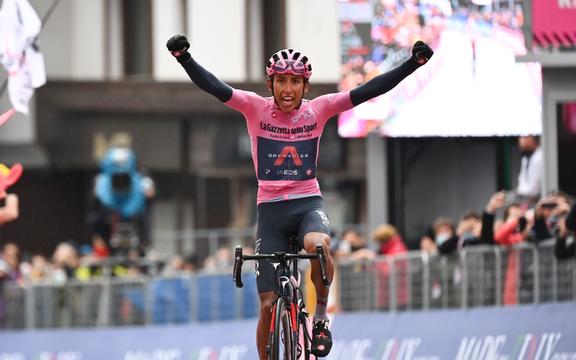 The Ineos-Grenadiers rider, who succeeds his team mate Tao Geoghegan Hart, completed his victory with a safe ride in the final time trial, a 30.3-km effort around Milan to beat Italian Damiano Caruso by one minute 29 seconds.

The second Colombian to win the race after Nairo Quintana in 2014, Bernal can now look to join Jacques Anquetil, Felice Gimondi, Eddy Merckx, Bernard Hinault, Alberto Contador, Vincenzo Nibali and Chris Froome on the list of riders with titles in all three grand tours.

Next up for Bernal may be the Olympics road race, although he said this week he was not sure if he would be going to Tokyo.

He could then take part in the Vuelta and even if Briton Adam Yates - Simon's twin brother - is the Ineos-Grenadiers' team leader, Bernal could complete a grand-tour treble there.

New Zealand golfer Josh Geary has finished in a share of sixth place at this week's European Tour tournament in Denmark. 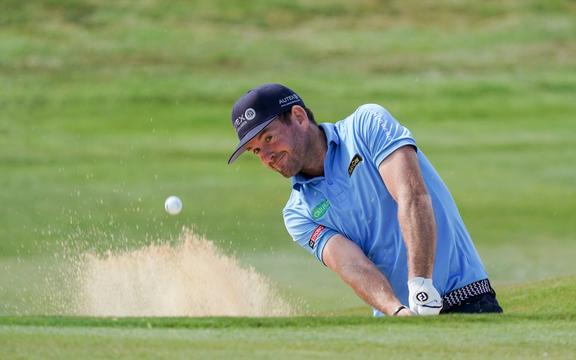 Geary has closed with a four-under 67 to finish 14-under par for the tournament, seven shots behind the runaway winner, Austria's Bernd Wiesberger.

The world number 717 will jump 82 places to 148th in the European Tour standings.

It is Geary's second top 10 on the tour, having played his first tournament in 2005.

The defending champion Pulse have secured consecutive wins for the first time this season to continue their move up the ANZ netball Premiership points table. 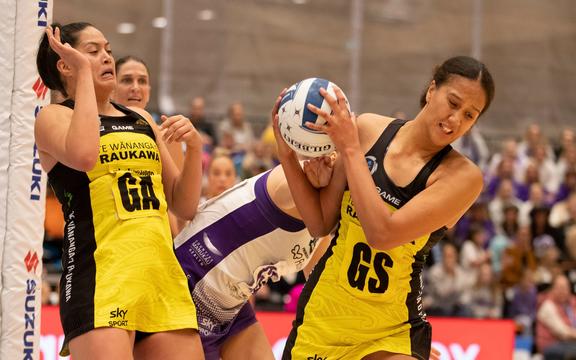 It took a late flurry of goals in the third quarter to help set up the 64-53 win over the Magic in Wellington, and they now sit in third place on the ladder.

The 11-goal victory also broke the deadlock of 15-games apiece between the two teams and will be a confidence boost for the Pulse heading into the second half of the competition - backing up from the win over the Robinhood Stars last week.

It was a big night for Magic captain Sam Winders who marked her 100th national league match.

Again shooting let the Magic down, they ended with just two fewer attempts at goal than the Pulse but slipped with their radar, netting 76 per cent of their 69 shots at goal.

Earlier on Sunday the Steel beat the Mystics 63-58.

Tonight the top of the table Stars play the Tactix.

Two-time runner-up Dominic Thiem was knocked out in the first round of the French Open by Spanish journeyman Pablo Andujar 4-6 5-7 6-3 6-4 6-4 in the first major upset of the claycourt Grand Slam. 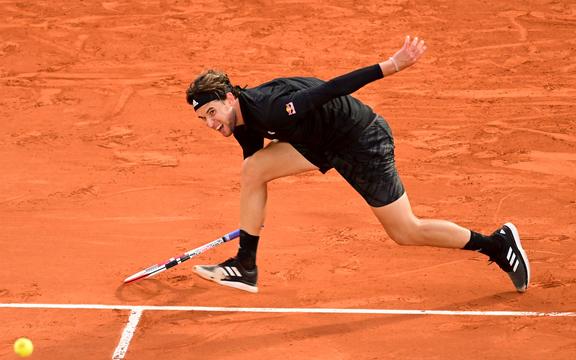 It first seemed that Andujar's win against 20-time Grand Slam winner Roger Federer in Geneva earlier this month would count for nothing. But Austrian Thiem's game began to unravel after a dominant start on court Philippe Chatrier.

Thiem, who reached the final in Paris in 2018 and 2019, had never lost in the opening round at Roland Garros.

35-year-old Andujar, ranked 68th in the world, claimed victory after nearly four and a half hours.

Former world number one Angelique Kerber's poor record at the French Open got no help when the German was knocked out in the first round by Ukrainian qualifier Anhelina Kalinina.

The 26th seed bowed out with a 6-2 6-4 defeat for her third first-round loss in a row on the Paris dirt.

Meanwhile Venus Williams will team up with teenager Coco Gauff - less than half her age - for a tilt at the French Open doubles title.

The Brisbane Bullets ruined the Breakers return to Spark Arena in Auckland with a 95-83 win in their ANBL game. 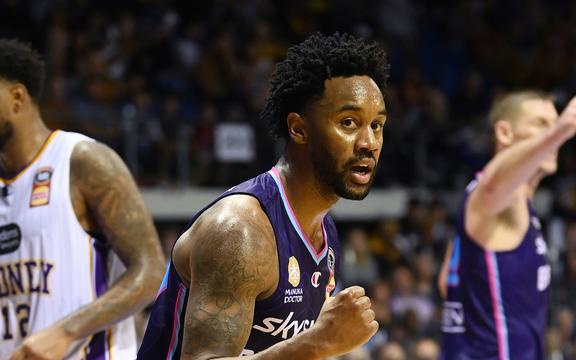 The Bullets were simply sublime in the first half, overcoming a vocal crowd of 7612 to jump out to a 21-point first half lead.

The undermanned Breakers were given little chance by a clinical Bullets outfit that is fighting for their post-season lives.

The Bullets are just a couple of wins out of a play-off position, while the Breakers record is now 11 wins and 23 losses.

The Breakers play Cairns in Rotorua on Wednesday.

MotoGP world championship leader Fabio Quartararo won the Italian Grand Prix, a race overshadowed by news of the death of Swiss rider Jason Dupasquier following a crash in qualifying at the Mugello Circuit. 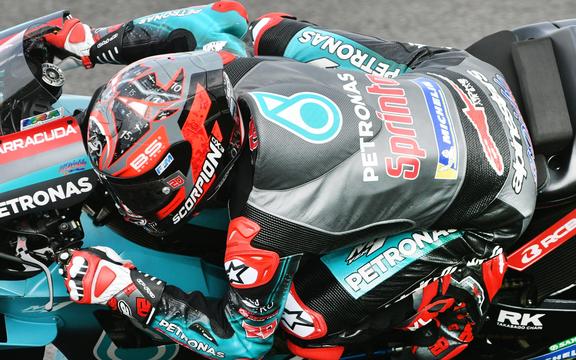 Yamaha's pole-sitter Quartararo finished ahead of Miguel Oliveira and Joan Mir to extend his lead over Ducati's Francesco Bagnaia, who crashed out of the race in the early stages along with six-time champion Marc Marquez of Repsol Honda.

Quartararo now has 105 points after three race wins in 2021, with French compatriot Johann Zarco - who finished fourth - climbing to second place in the riders' standings with 81 points, two ahead of Italian Bagnaia.

The day began on a sombre note when the Prustel GP team said the 19-year-old Dupasquier, who was rushed to hospital after a crash at turn nine involving three bikes in qualifying yesterday, had died.

Prustel GP opted not to compete in the Moto3 race Dupasquier had been hoping to ride in.

The championship will resume at the Catalan Grand Prix in Barcelona next weekend.