The Wellington Phoenix's A-League play-off hopes are fading after they drew 2-2 with Perth Glory at Eden Park in Auckland this afternoon. 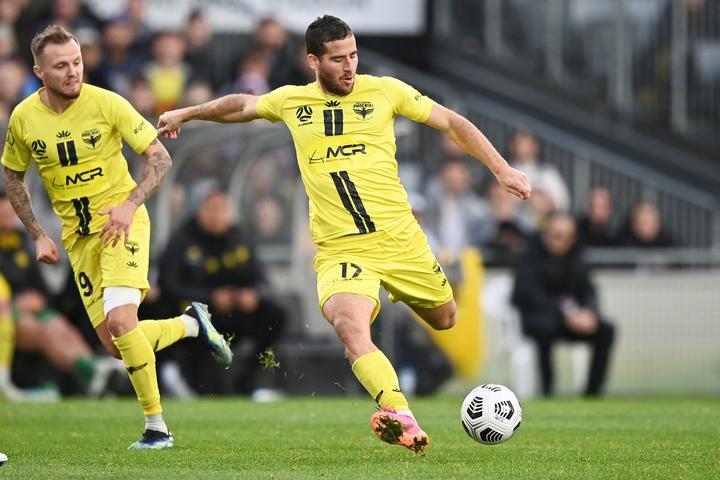 In front of another 20,000-plus crowd, the Phoenix continued their unbeaten run, but couldn't get the three points they so desperately needed.

They have one game remaining - against sixth-placed Macarthur FC who play the out-of-form Western United on Monday - and need other results to go their way to have any chance.

Wellington looked to have made the perfect start today when they were awarded a penalty after Tim Payne went down in the area two minutes into the first half, but the decision was overturned on review.

The Phoenix had to wait until the 25th minute for their goal, which came after Louis Fenton found himself in space out wide on the right.

He made the most of the extra room before centering the ball into Tomer Hemed, whose clinical finish rocketed past Perth keeper Liam Reddy.

The Israeli striker has now scored 10 goals in 20 games for the Phoenix, including five in the last four games.

Wellington led 1-0 at halftime, but the always-dangerous Bruno Fornaroli levelled the scores as the hour mark ticked over, running onto a lovely through ball from Diego Castro to slot the ball home past the outstretched Oliver Sail.

Fifteen minutes later, a deadly long-range strike from Callum Timmins gave Perth the lead and a glimpse of a challenge for the play-offs.

But an unmarked Jaushua Sotirio pounced in the 80th minute with a curling strike into the corner for the Phoenix, unleashing a hectic final 15 minutes as both teams hunted a winner.

Wellington looked to have it when they were awarded an 88th minute penalty, but Ulises Davila missed from the spot and the scores remained unchanged at the final whistle.