Latest - The Black Sticks women have drawn 1-1 with Australia, while the New Zealand men were beaten 3-1 in the opening games of the trans-Tasman hockey series in Palmerston North. 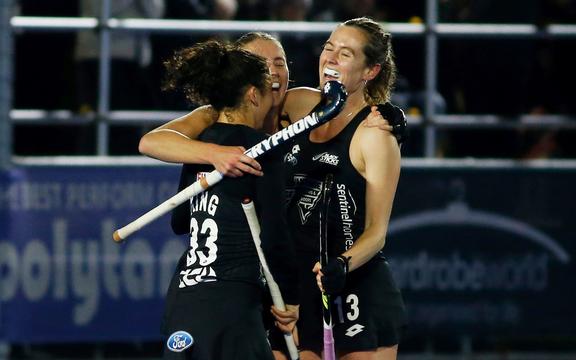 The Hockeyroos opened the scoring just before half-time while Manawatu local Olivia Shannon grabbed the equaliser late in the game.

It was a frustrating night for the Black Sticks women who missed numerous scoring opportunities including all six penalty corner chances.

Another Manawatu-based player Kayla Whitelock played her 257th test having returned to the international fold.

Meanwhile the Kookaburras were too strong for the Black Sticks men .

Sean Finlay, one of three debutants in the side, levelled the scores just after half time before the Australians sealed the game.

Coach Darren Smith said there were a few nerves after 15 months away from international action.

"It would have been nice to put some pressure on them at 1-1. I was little disappointed with the way we finished."

The Black Sticks lost their captain Blair Tarrant in the first few minutes after being hit in the face by Tom Wickham firing the ball goalward. With some stitches to the left eyebrow, Smith decided not to risk the skipper for the rest of the game.

Black Caps batters get time at the crease

Devon Conway, Colin de Grandhomme and Doug Bracewell all scored unbeaten half centuries on the opening day of the Black Caps inter-squad match in Southampton.

The Tom Latham eleven made 289 for six with Conway retiring after making 55, de Grandhomme hit 54 and Bracewell 50.

Kane Williamson's side will bat on day two.

The first Test against England starts next Wednesday at Lord's.

The Black Ferns will feature in the night game on the opening day of the postponed Rugby World Cup next year. 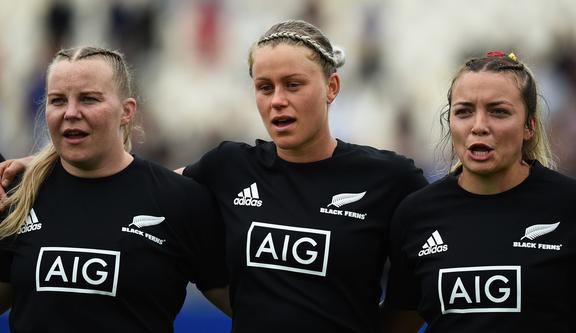 The new schedule has been released with South Africa playing France in the opening game at 2:15pm at Eden Park on 8 October, followed by England against Fiji and then New Zealand against Australia.

Another triple-header will then be played in Whangarei the following day.

The 12-tea tournament was postponed a year because of the coronavirus pandemic.

All matches will now be played as triple-headers on the weekend's with the final scheduled for Eden Park on 12 November.

The Black Ferns second pool match against Wales is in Whangarei on 16 October at 3:15pm and their third pool game is against a qualifier in Whangarei at 4:45pm on 22 October.

Thirteen-time champion Rafael Nadal, 20-time Grand Slam winner Roger Federer and world number one Novak Djokovic have been placed in the same half of the French Open draw. 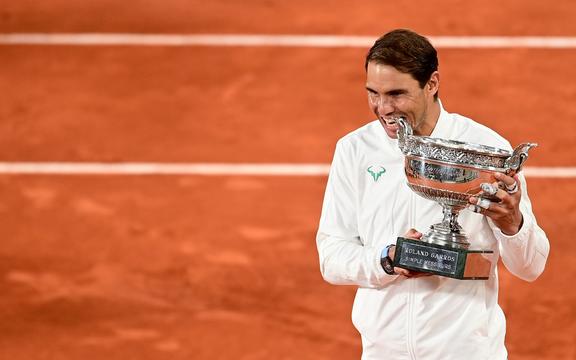 The three most successful players in the history of the men's game have won 17 of the last 20 Grand Slam titles between them and Federer and Djokovic are on a quarter-final collision course.

In the other half of the draw, two-time runner-up Dominic Thiem's path leads to a potential quarter-final clash with German sixth seed Alexander Zverev.

In the women's draw, defending champion Iga Swiatek will start her campaign against Kaja Juvan while one of the matches to watch will feature last year's runner-up Sofia Kenin, the fourth seed, against 2017 champion Jelena Ostapenko.

Kenin could face Swiatek in the quarter-finals.

World number one Ashleigh Barty of Australia starts her campaign against American Bernarda Pera and faces a possible semi-final against Swiatek.

Zidane steps down at Real

Zinedine Zidane has stepped down as Real Madrid coach with immediate effect five days after his team were pipped to the La Liga title by city rivals Atletico Madrid. 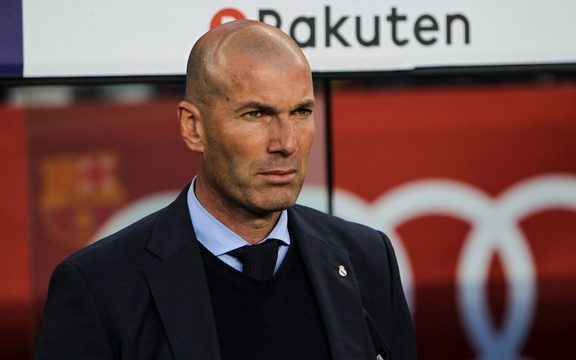 The Frenchman led Real to two league titles and three Champions League triumphs in two spells as coach since 2016.

Real finished second in La Liga, two points behind Atletico, were knocked out of the Champions League at the semi-final stage by Chelsea and suffered a humiliating exit in the round of 32 of the Copa del Rey to third division minnows Alcoyano.

It was a far cry from Zidane's first three seasons at Real when he guided the club to a hat-trick of Champions League crowns, a La Liga title and two Club World Cups.

The World Cup winner stepped down after the last of those Champions League titles in 2018, saying the club needed a change, but returned in March 2019 on a three-year deal after the club sacked his two successors, Julen Lopetegui and Santiago Solari.

No change following the 18th stage of the Giro d'Italia with Colombian Egan Bernal holding onto his 2 minute 21 lead with just three stages remaining.

A group of 23 riders, including New Zealand's Patrick Bevin made a breakaway early on the longest stage of the tour, a 231km ride from Rovereto to Stradella.

Those riders fought out the stage with Italy's Alberto Bettiol scoring a maiden victory.

Bernal leads the general classification from Damiano Caruso of Italy with Briton Simon Yates third, 3:23 behind the leader.

The other New Zealander in the field, George Bennett improved one spot to be 11th overall, 19 minutes behind Bernal.

Friday's stage 19 is a 176-kilometre ride from Abbiategrasso to Alpe di Mera.

Israel Folau is taking legal action against the Queensland Rugby League after the governing body refused his registration to play for an amateur club. 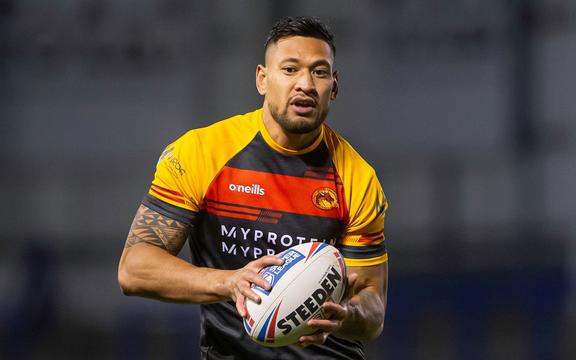 Israel Folau returned to Australia from the Catalan Super League side. Photo: Photosport

Dual code international Folau, who was sacked by Rugby Australia in 2019 for a social media post deemed disciminatory, will seek damages against the QRL and its board members, his lawyer said.

The QRL said on Wednesday it could not register Folau because he had not provided confirmation of his contractual release from a previous team.

It also said Folau would only be registered to play at "community level and no higher" once they received his clearance.

Folau played a season for French side Catalan Dragons before quitting the Super League club last year and returning to Australia.

The Philadelphia 76ers revoked a fan's season ticket with immediate effect and banned him from all events at the Wells Fargo Center indefinitely after he poured popcorn on Russell Westbrook in yesterday's NBA playoff game.

The Washington Wizards guard was limping to the locker room after suffering an ankle injury in the fourth quarter and was showered with popcorn by a fan seated above the tunnel.

Westbrook reacted furiously and had to be held back by Wizards staff and security guards.

ESPN reported a fan seated near the tunnel was escorted out shortly after the incident, which came with 10 minutes left in Game 2 in the first round of the playoffs. The 76ers won 120-95 to take a 2-0 lead in the series.