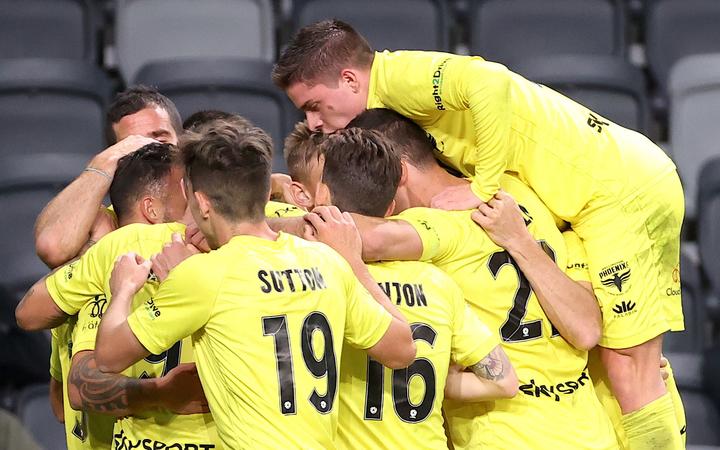 The result moves the Phoenix up to seventh, just two points outside the top six with two games to play.

With both side's needing a win to have any chance of making a late push for the top six, Tomer Hemed's 42nd-minute header proved the difference.

David Ball gave the visitors a lead midway through the first-half, only for Keanu Baccus to equalise less than five minutes later.

The Phoenix were then forced to withstand a late onslaught from the Wanderers to hold on for a priceless three points, extending their unbeaten run to nine matches.

The victory has seen the Wellington outfit jump up to seventh spot on the ladder, two points behind both Macarthur FC and Central Coast Mariners, although they have played a game more.

They will need to win their final two games against Perth Glory on Sunday at Eden Park and then Macarthur in the final round to have any chance of sneaking into the six.

The only downside for Ufuk Talay's troops was a shoulder injury to Reno Piscopo that saw him leave the field in tears inside 15 minutes.

It is reported that he heard something pop and was taken to hospital for scans.

Piscopo is in the running to make the Australian team for the Olympics.

For the Wanderers, the defeat means the club are almost certain to miss the finals for a fourth straight season.

Carl Robinson's side had their chances to take at least a point from the match but have picked up just nine points from their last 11 games to sit in ninth spot.