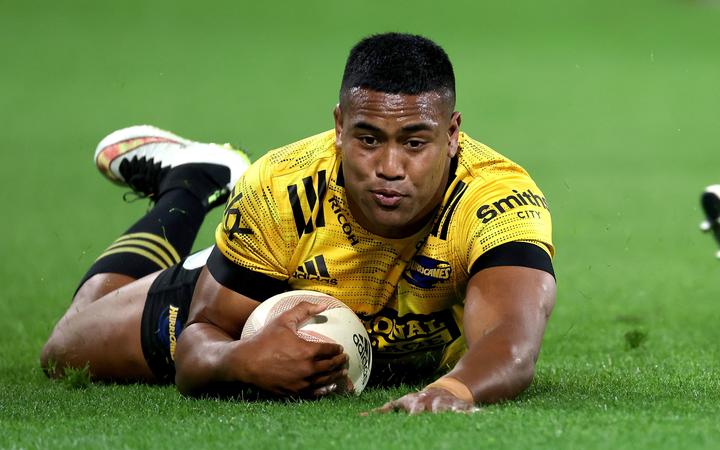 After the Hurricanes' 35-13 romp over the Melbourne Rebels in Wellington, the Highlanders fended off the Western Force 25-15 in Perth on Friday to extend Australia's winless streak to 7-0.

Having humbled Australian champions Queensland 40-19 in week one, the Highlanders stormed out of the blocks with three first-half tries to Jona Nareki, Ayden Johnstone and Scott Gregory before locking down the match after the break.

Mop-haired inside centre Gregory grabbed a second try on the hour-mark, leaving Force with too big a mountain to climb.

A late five-pointer from Angus Wagner did, though, deny the visitors a crucial bonus point.

In the early match, Julian Savea scored a brace of tries for the second week in a row as the Hurricanes stormed to a bonus point win at Wellington Regional Stadium.

The New Zealanders finished with a late burst of tries and showed a much stiffer defence than in their wild 64-48 win away to the New South Wales Waratahs in last week's opener.

Savea's two tries took him past Christian Cullen and TJ Perenara as the all-time leading try-scorer for the Hurricanes.

"We had to work pretty hard ... I thought they bloody hung in there really good," skipper Dane Coles said.

"Defence is all about effort and attitude ... It's a lot better but still can be better."

The Rebels showed improvement after their 50-3 horror show at home to the Blues in week one, but interim coach Kevin Foote has now lost both his first games in charge.

Former All Black Savea, nicknamed 'The Bus' for his tackle-busting prowess, crossed in both halves, while Billy Proctor touched down early to help the Hurricanes to a 14-3 lead at halftime.

The Rebels clawed within six points after Michael Wells crossed in the 46th minute and they were still within reach when Campbell Magnay scored another five-pointer near the hour-mark.

But winger Wes Goosen steadied the Hurricanes with a try from a cross-kick before Asafo Aumua sealed a dominant win by crossing in the 72nd minute.