The Wellington Phoenix head coach Ufuk Talay has extended his contract with the A-League club for two more seasons. 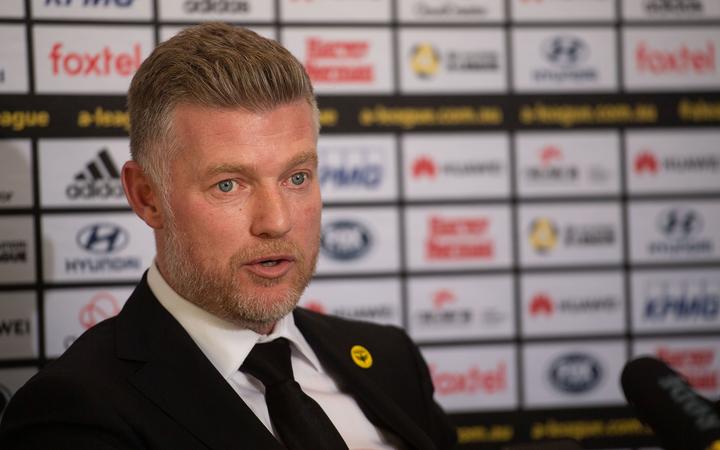 This season the Phoenix are still in contention for a top six finish despite spending the majority of the season based in Wollongong in Australia due to Covid-19 border restrictions.

Phoenix chairman Rob Morrison said re-signing Talay was a priority for the club this season.

"Uffy has been a key part of the Phoenix's success last season, both the with players he's bought in and the structure he's put in place as coach," Morrison said.

Morrison said Talay brought a lot of elite qualities to the club.

"He's a leader - which any coach has to be - but he's also a mentor, particularly for some of the younger members of the squad; and he's respected by the players, especially as someone who has played at an elite level himself in football.

"Uffy is a tactician, and he's also incredible evaluator of talent; he and his staff spend hundreds of hours poring over data and videos of players from around the world, and through this effort he's able to find and develop top-level talent like Ulises Davila, Reno Piscopo and Tim Payne."

Talay said there were a lot of factors in his decision.

"I was always here with a plan to be here for a while - I think it's important to have longevity with a club and so to sign on for another two years is great for myself, and also for the club in terms of both that stability and consistency for the future."

He considered it a privilege to be head coach of the Phoenix.

"I thoroughly enjoyed my time last season while we lived in Wellington, as did my family, and this club gave me my first opportunity as coach in the A-League so I owe them a bit of gratitude as well.

"I also understand that the role is not an easy one, it's a privilege as the Phoenix is the only professional football club in the country - and I thoroughly enjoy my job, I love football and if I can help the club achieve what it wants to achieve in the next few seasons then that's a great thing."