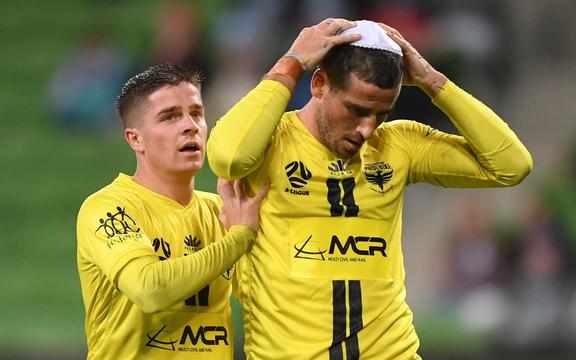 The Wellington forward netted a double and showed his support for his home nation amid the most serious hostilities in years with Hamas Islamists who rule Gaza.

After scoring a penalty late in the first half, Hemed ran to a group of supporters in the terraces and draped himself in an Israeli national flag.

And after securing the draw in the final minutes with his second goal of the game Hemed pulled out a kippah, a traditional Jewish cap, from under his uniform and placed it on his head.

The 34-year-old covered his face with one hand and pointed to the sky.

"We respect people's rights for their expressions but at the same time we have to be very sensitive to what is going on in the Middle East and the human tragedy that is happening there, Phoenix general manager David Dome said as the team arrived back in Wellington.

"I don't expect a punishment but I think we will get a 'please explain' from the league."

Hemed posted pictures of himself with the Israel flag on social media and dedicated the game to his country with a message calling for peace "soon".

Hemed was given a yellow card immediately after his second celebration.

The controversy overshadowed Phoenix's return to Wellington on Monday, their first homecoming of the season after the opening of a "travel bubble" between Australia and New Zealand.

Cricket Australia has asked batsman Cameron Bancroft if he has new information on the 2018 Cape Town scandal in the wake of his suggestion that the team's bowlers were aware of the ball-tampering tactics. 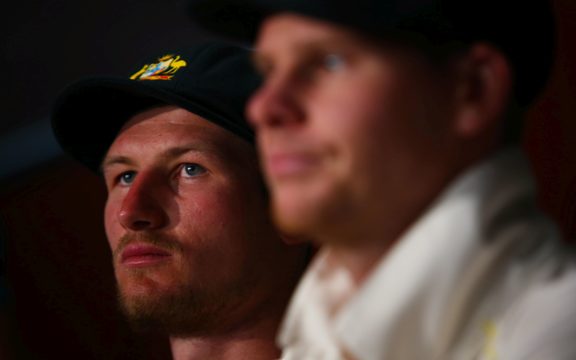 The former test opener was banned for nine months for his role in the incident, dubbed "Sandpaper-gate", while then-captain Steve Smith and his deputy David Warner were stripped of their leadership positions and suspended for a year.

A CA investigation at the time cleared the rest of the team and support staff of wrongdoing or knowledge of the plan to alter the condition of the ball, but Bancroft suggested that was not the case in interview with The Guardian at the weekend.

Ben Oliver, CA's Executive General Manager of National Teams, said "We've maintained all the way through that if anyone has any new information relating to that incident, that we encourage people to come forward and discuss that with Cricket Australia.

"Our integrity team have reached out to Cam ... to remind him if he does have any new information in addition to what his input was into the original investigation, there is an avenue for him to do that."

"Obviously what I did benefits bowlers and the awareness around that, probably, is self-explanatory," Bancroft told The Guardian, when asked if Australia's bowlers were aware of what he was doing.

Slovakia's Peter Sagan finished off the job done by his Bora-Hansgrohe team as he claimed victory in the 10th stage of the Giro d'Italia. 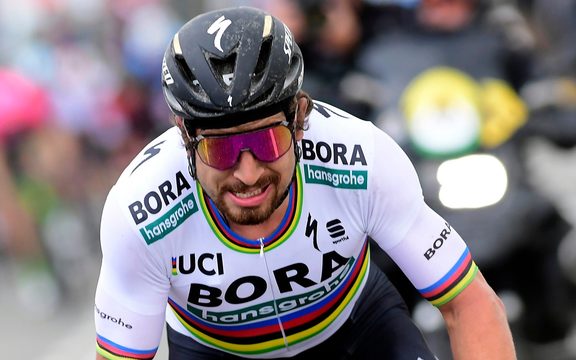 The triple world champion outsprinted Colombian Fernando Gaviria at the end of a 139-km ride from L'Aquila to Foligno after his team's acceleration on a climb had shaken off some of the top contenders for the final sprint.

Colombian Egan Bernal, who took the overall lead yesterday, retained the Maglia Rosa with a 14-second lead over his main rival Remco Evenepoel after both went toe-to-toe for bonus seconds at the intermediate sprint.

George Bennett is 29th overall, 10 minutes off the lead, while fellow New Zealander Patrick Bevin is another 20 minutes back in 58th place.

Tuesday is the race's first rest day in Perugia.

The French Rugby Federation will allow transgender women to play women's rugby as of next season, going against governing body World Rugby's guidelines.

Last year, World Rugby said that after months of research, it had "concluded that safety and fairness cannot presently be assured for women competing against trans women in contact rugby", however allowing national federations to implement grassroot policies.

The FFR said that transgender women "must certify that they have been on hormonal treatment for at least 12 months" and "must not exceed the testosterone threshold of 5 nanomole/litre", meaning transgender women still transitioning can also be allowed to play women's rugby.

The FFR thus becomes the first national federation in France to allow transgender women to take part in elite sport after the board voted 'unanimously' in favour of the rule.

Spanish fans of both football and music breathed a sigh of relief after La Liga announced a third set of fixture changes in 12 hours to ensure no matches overlap with this weekend's Eurovision Song Contest.

La Liga has now moved all games involved in the title race, the relegation struggle and the battle for places in next season's European competitions to 6pm.