The New Zealand men's eight have successfully qualified for the Tokyo Olympic Games after winning their final at the last Olympic qualification regatta in Switzerland. 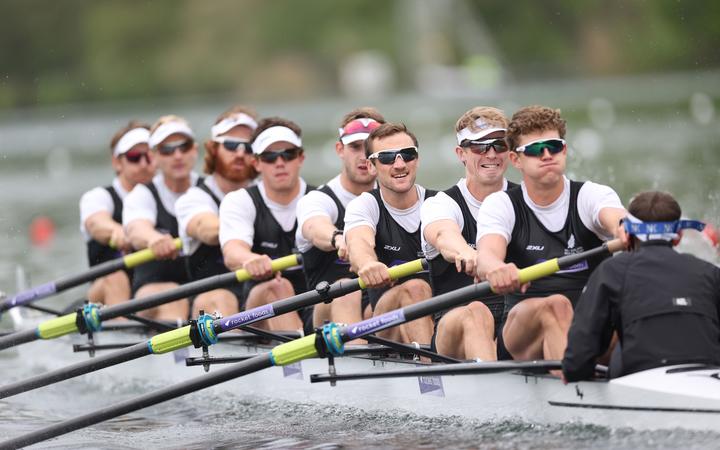 The New Zealand crew needed to finish in the top two and after winning the preliminary race on Friday night appeared to be in good place to gain qualification.

New Zealand, Romania and China were close through the first 1500 metres with Italy trailling and it was in the last 500 that New Zealand managed to pull ahead and won by 1.2 seconds from Romania.

Crew member Tom Mackintosh says because of the cut throat nature of this regatta, all the crews went out hard.

"The Chinese and the Romanians were holding us right up until the 1500 metre mark, but I think we really showed our colours in that last quarter with our fitness and good training programme and it meant we could make gains in the last 500 metres," Mankintosh said.

Mackintosh, who was competing in his first regatta with the eight, says their win on Friday night in the preliminary race did help them today.

"It gave us a lot of confidence in solidifying our own race plan, we knew that the Romanians would always be tough and after matching them on Friday, we knew we could probably do it again."

The final was brought forward a day because of forecast bad weather for Lucerne.

The men's eight crew will return to New Zealand this week where they continue training throughout a 14 day period based in a managed isolation and quarantine (MIQ) facility. 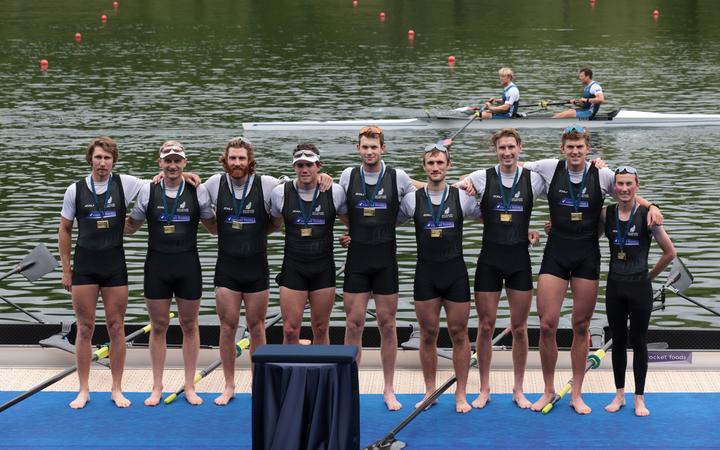 "It's cool that we can officially now say that we're heading to the Tokyo Olympics, we've been training for this for a long time, so we'll head back to New Zealand for more training with the Olympics being the big goal," said Mackintosh.

The New Zealand Olympic Rowing Team will be announced on 11 June.