Just 10 months after he first sat in a kayak, Corbin Hart has qualified a New Zealand boat in the KL3 200m for the Tokyo Paralympics. 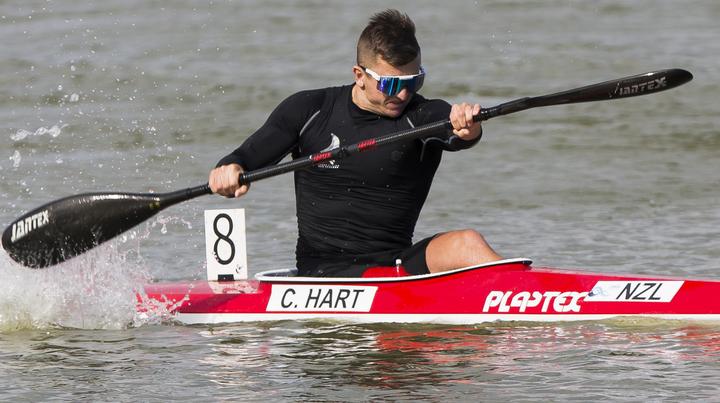 Hart, 26, finished seventh in the A final at the canoe-kayak sprint and paracanoe World Cup in Szeged, Hungary.

It was his first ever international regatta and just the third competition of his fledgling career.

World and Paralympic champion Serhii Yemelianov of Ukraine was an impressive winner in 40.44.

"Nothing quite like the music to my ears of being told that you have qualified for Tokyo. I still can't quite believe it," Hart said.

"That was the hardest thing ever but the most rewarding."

In December 2019, Hart lost his right leg in an civil roading accident at work, and decided to take up kayaking in July last year.

Coached by Gavin Elmiger out of the North Shore Canoe Club, recent testing suggested he had the capability to qualify for the Tokyo Paralympics.

Canoe Racing NZ granted him an opportunity to compete - his one and only chance to help qualify a boat.

Despite the tension of competing internationally for the first time, Hart finished second in his open round heat on Thursday before following this up 90 minutes later by placing third in his semi-final to advance to the final as the sixth fastest finisher.

CRNZ chief executive Tom Ashley said Hart's time in the sport so far had been remarkable.

"We can't wait to see his paddling career unfold."