New Zealand men's sevens coach Clark Laidlaw is excited by what the addition of Caleb Clarke could mean for the team ahead of the Tokyo Olympics. 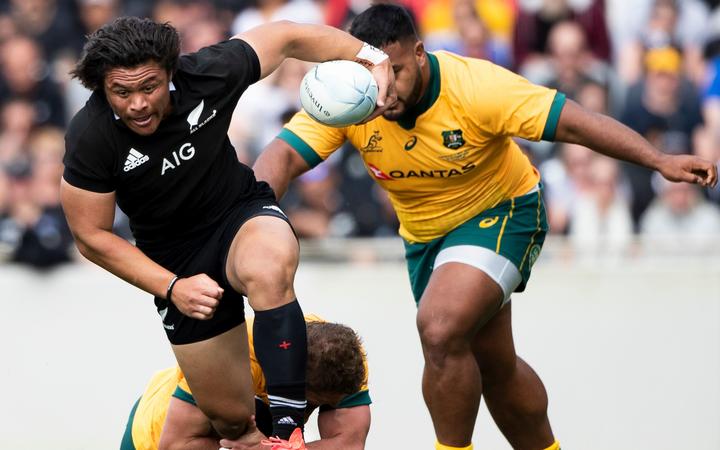 The All Blacks wing and Chiefs wing Etene Nanai-Seturo have returned to the national sevens programme hoping to impress selectors against Australia later this month before another Oceania-based tournament next month.

Clarke was with the sevens squad before the Covid-19 pandemic meant a switch to the Blues last year, where strong form earned him a test debut and four other Rugby Championship caps.

Laidlaw said it wasn't surprised well the 22-year-old had performed in the 15-man game and believed his return was a big boost.

"We've seen in Super Rugby a lot of players trying to shut Caleb down with two or three defenders.

"If you do that in sevens, it creates a lot of space for other people.

"The [extra] space and the ability to get him one-on-one with people, certainly off set piece and in the wide channels, we're excited about what that might look like for our game."

Clarke, Nanai-Seturo and Highlanders outside back Vilimoni Koroi, who had been back with the sevens team since the start of the season, were the three Super Rugby players contending for Olympic selection.

It meant no news names in the mix, with all three part of the sevens programme over "the past two or three years" and selected in the 2018 Commonwealth Games squad. 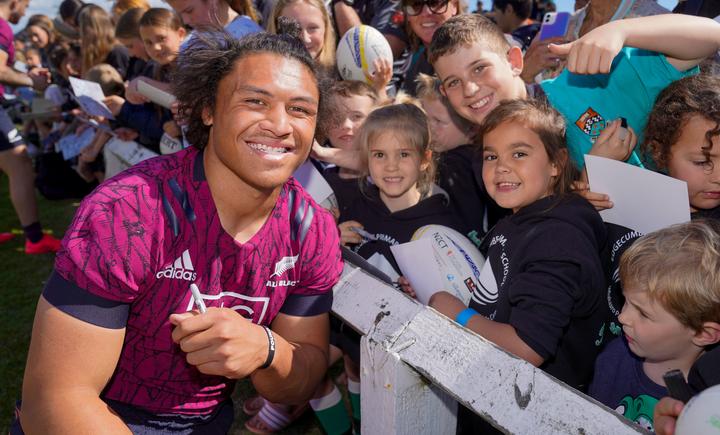 Laidlaw said the cancellation of this year's World Series due to the Covid-19 pandemic meant no opportunities to test new players, so experience counted for plenty when it came to the Super Rugby players they wanted.

"We have a history with the three boys, on and off the field, and we think they can really add to the group of players we've already got here.

"It was common-sense really around players that have been here before and players that we identified could be part of the Olympic team three or four years ago."

The trio's first chance to push their case would come next weekend, when the New Zealand team returned to the international arena with matches against Australia in Auckland.

With the players restricted to training only for months now, Laidlaw said he noticed an increase in intensity at training in the couple of weeks since the trans-Tasman fixtures had been signalled.

The New Zealand players wouldn't be holding back when they finally got on the field, he said.

"We'll be playing those games like they're a world series tournament, and there's some really head-to-head selections for us around finalising the team.

"If it gives us that, it reintroduces a couple of guys who've had niggling injuries but are now back fully training and we've got the two Super Rugby boys who have joined us.

"It will give us a really good gauge."

Laidlaw also confirmed, trans-Tasman bubble depending, the New Zealand team would travel to Australia later next month for a tournament with Australia and Fiji.

He said the three teams had agreed to help each other in a bid to bring all three Olympic medals back to the Oceania region.