The Crusaders had to scrap for it but overcame a courageous Chiefs 24-13 in a thrilling final to retain the Super Rugby Aotearoa title at their Christchurch Stadium fortress. 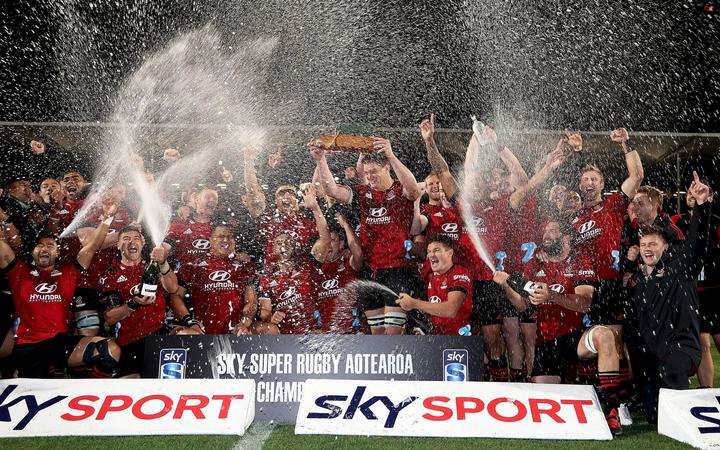 The hosts secured a 12th Super Rugby title, a second in the domestic edition and the fifth in a row.

Winger Sevu Reece and fullback Will Jordan scored tries in the first 16 minutes but thereafter the Crusaders -- reduced to 13 men in the second half with two men in the sin bin -- had to rely on the boot of Richie Mo'unga to keep the Chiefs at bay.

The first five kicked a conversion, three penalties and a drop goal and, just as importantly, banged the ball into the corners to keep the Chiefs in their own half late in the game.

"Tonight was an awesome effort, so proud of the boys," said captain Scott Barrett.

"We got down to 13 men there for a while, it was tough. We probably had to lift a little but Richie and the backs put us in the right area of the field and our defence did the rest."

The Crusaders have never lost a home post-season match, let alone a final, and the south island powerhouse claimed a fifth Super Rugby title in a row and a 12th in total. 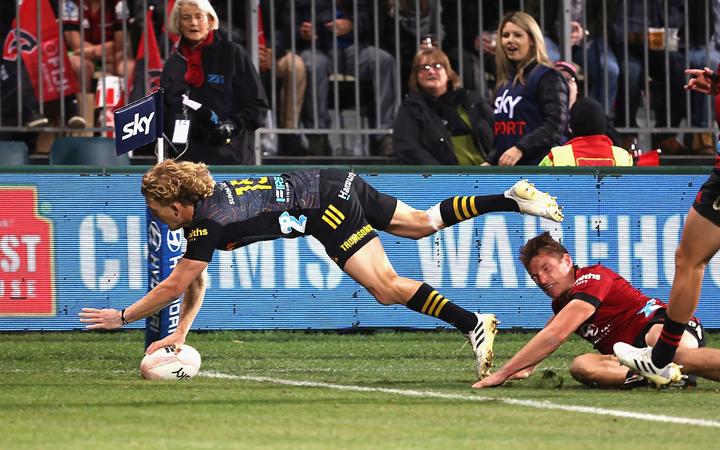 Despite the odds being stacked against them, the Chiefs played a full part in an exhibition of the best of New Zealand rugby played out in front of a packed house.

"We did our absolute best, we threw everything at them, we just weren't good enough tonight," said Chiefs captain Brad Weber.

"The Crusaders were incredibly clinical, even with guys in the bin."

Damian McKenzie scored all their points with a converted try and two penalties but the fullback will rue his usual accuracy from the tee deserting him for a period around halftime when he missed three shots at goal.

A long Mo'unga pass gave Reece just enough room to score his fifth try of the season in the seventh minute and Jordan chased down a David Havili grubber for the second.

McKenzie slotted his first penalty between those scores and in the 20th minute had an impact with ball in hand.

The Chiefs called a 13-man lineout at the Crusaders' line and, in the ensuing chaos, centre Alex Nankivell broke away and fired an outrageous offload to set his fullback free for a dash to the corner.

Mo'unga kicked a penalty to give the hosts a 15-10 lead and that was the end of the scoring until well into the second half.

McKenzie finally found his range just before the hour mark and the Chiefs sniffed a chance with Crusaders hooker Codie Taylor and Reece in the sin bin for dangerous tackles.

The Crusaders muscled up, however, and Mo'unga showed the game management skills that earned him the All Blacks number 10 shirt to carry them home. 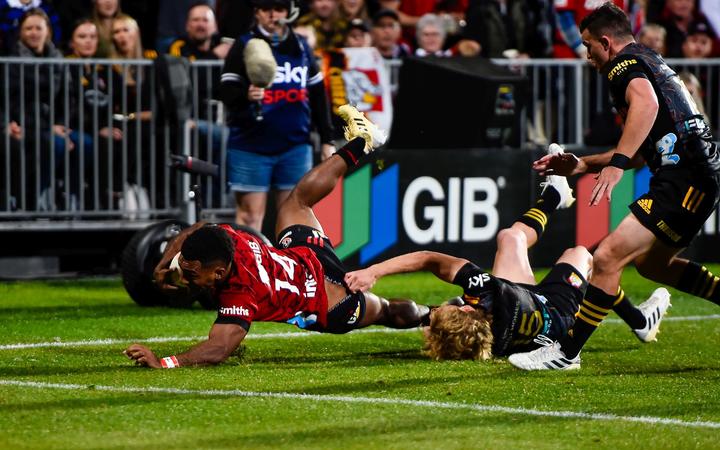