The Southern Steel have delivered a well-crafted 56-52 national netball premiership win over the Central Pulse in Invercargill on Sunday. 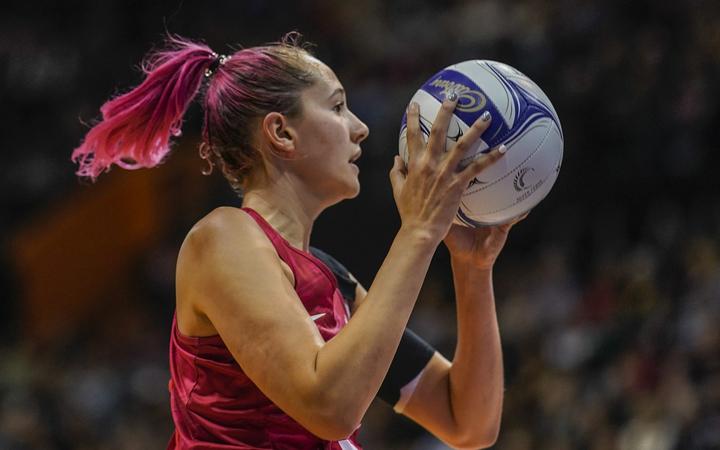 The smart attacking play and defensive abilities of Tiana Metuarau came back to haunt her old team as she played a key role in helping shut down a late-charging Pulse in the final quarter.

The Steel led 39-37 at the three-quarter mark, and Metuarau was a strong presence in an exciting momentum swinging match.

The Steel had led 14-10 after 15 minutes, and 29-22 at half-time, but the Pulse clawed their way back with a forceful third quarter.

The young Steel team continued to send a warning to other teams when once again they showed their credentials with poise and accurate finishing to post a second win from three outings.

A couple of early intercepts from defender Taneisha Fifita handed the momentum the Steel's way, the home side seamless with their delivery through court and into the safe hands of key shooter George Fisher.

In comparison, the Pulse struggled with their connections on attack, quickly falling behind as the Steel did a fine job in shutting the supply of ball to their main scorer Aliyah Dunn.

The Steel's English import George Fisher delivered 48 from 52 of her shots on goal, while Metuarau backed up her savvy court play with eight from eight.

In the later game, the Northern Stars retained their unbeaten start to the season after completing a hard-fought 55-51 win over the Magic in Tauranga.

After being in control for three-quarters of the match, the Stars faced a testing final 15 minutes before making it three-from-three in the face of a resurgent Magic who threatened to spoil the visitors' perfect record.

Stars shooter Maia Wilson was a little off song in sinking 42 from 53, while goal attack Jamie Hume managed 13 from 21, the pair under constant pressure from circle defenders Erana Mikaere and Temalisi Fakahokotau.

But the volume of possession finding its way into the circle eventually proved crucial.

So while Khiarna Williams (20 from 21), Caitlin Bassett (21/23) and Chiara Semple (10/13) impressed with their accuracy, they just weren't able to get enough ball to lift the Magic to an upset win