New Zealand drivers Scott Dixon and Scott McLaughlin have finished one-two in the third IndyCar series race of the season at the Texas Motor Speedway. 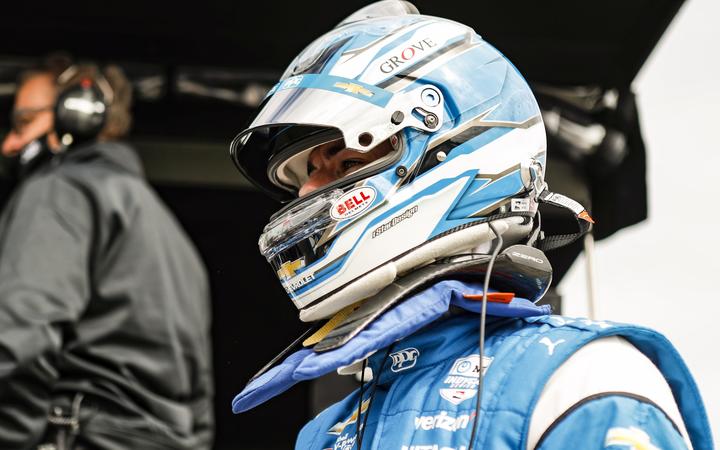 McLaughlin, racing for Team Penske, was contesting his first IndyCar oval race and worked his way through the field to pressure Dixon over the closing stages.

Dixon led for a race-record 206 of 212 laps for his first victory of the season, driving the No. 9 PNC Bank Chip Ganassi Racing Honda to victory by .2646 of a second over McLaughlin.

It was six-time IndyCar series champion Dixon's 51st IndyCar victory, leaving him just one off tying Mario Andretti for No. 2 on the all-time win list which is topped by AJ Foyt on 67 wins.

Dixon, who started second, held a comfortable lead of three to five seconds at various points during the race, which went the distance despite rain in the Dallas-Fort Worth area.

But McLaughlin applied plenty of pressure over the last stint of the race, showing the composure and tactical sense of an oval racing veteran, and staying within about half a second of Dixon during the closing laps.

It's McLaughlin's rookie season in IndyCars after leaving Australian Supercars, where he won three consecutive titles.

"I've never been this bloody happy with second, I'll give you the tip," he said afterwards.

"I'm really stoked… I just couldn't quite get Scotty at the end there. It was bloody cool battling with my all-time favourite hero in Scotty Dixon. Two Kiwis one and two is fantastic."

"I've worked really hard behind the scenes to make it feel good. We'd got some good strategy there from my team. They put me in the position and I'm just happy to bring it home for them."

Dixon said he'd been on edge, keeping a close eye on McLaughlin.

"It was a bit of a crazy night for us, definitely very tense there at the end. It was kind of cool to be racing a countryman for those last few laps.

"I have this thing on the dash that tells me the gaps to the cars. I probably need to take it off because it was stressing me out more than anything.

"I kept looking down, looking in the mirror. He was fast."