New Zealand Rugby has voted unanimously to sell a 12.5 percent stake in its commercial interests to US private equity firm Silver Lake.

The vote by the 26 provincial unions and the Māori Rugby Board was done by voice at the annual general meeting in Wellington this morning. There were no dissenters.

The deal would be worth $387.5 million to New Zealand Rugby (NZR). Documents released for the AGM outlined that $39m of the sale price will be distributed to stakeholders such as provincial unions and a legacy fund will be established to ensure the sustainability of rugby at all levels.

However the deal is not complete as it requires sign off from the New Zealand Rugby Players Association (NZRPA).

The association's discussions with NZR have been put on hold for a couple weeks, with the parties unable to agree on how the money from the deal will be split between players and a legacy fund.

The players have previously expressed concerns over pay and on whether the deal could damage the relationship between rugby and the New Zealand public, and want assurances cultural aspects such as the haka are protected. 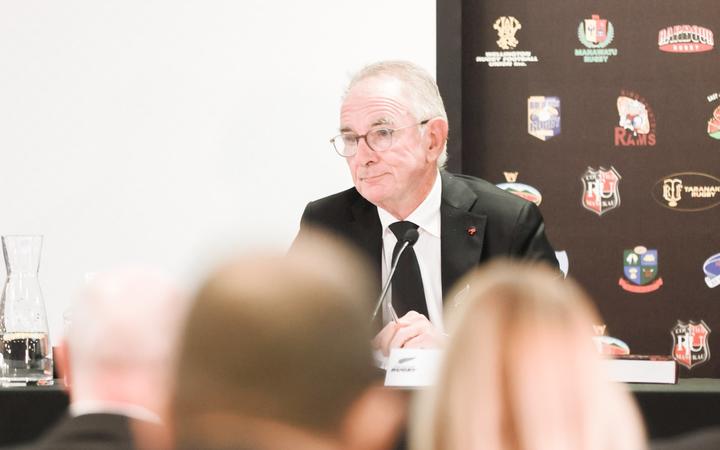 In a media conference this afternoon, NZR chair Brent Impey said: "It is very clear that this is a deal that must proceed."

"The consultation has been huge."

Impey said there was no deadline to reach a resolution with the Rugby Players Association, but he hoped it would be soon.

About the legacy fund, Impey said: "Consider it something similar to an endowment fund where there will be applications that will come in for expenditure whether it be Pasifika, women, Māori, clubs - whatever it is come through and the case is considered by the legacy fund and then as the funds are allocated people have got to be accountable for the way in which that's spent. That's the broad framework".

Earlier, in a statement, Impey said it was disappointing that the Players Association had not given its consent.

"The game has to change, and Silver Lake's capital injection would allow us to re-imagine rugby and invest in the areas of the community game that need it most, particularly teenage and women's rugby, and to create better and more engaging experiences for our fans.

"We hope the NZRPA will realise the significance of the opportunity in front of us and will continue to work toward an agreement in coming weeks."

"We're convinced that this can benefit everyone in the game.

"We only see a strong upside for everyone in the game."

Robinson said: "We believe there's enough opportunity in this deal in the way we've structured it. All the modelling we've done ... everyone in the game can benefit. And we're taking a whole of game approach to the way this all works. A lot of it is interdependent when you look at the modelling."

He said the Māori board was developing a strategy as to what more investment into the game might look like.

Robinson also said there had been extensive discussions with Silver Lake including talks with the All Blacks.

"Private equity investors, from what we are hearing, coming into the game - be it CVC or Silver Lake - do no want to have more and more rugby. It is simply a fallacy to suggest that is what their focus is on. We've never supported that thesis either in terms of what it would mean for player welfare which is our number one concern."

"They've got a thesis which is aligned with ours is how do we create more premium content, stronger narratives around our competitions which drive more revenue with the same or potentially less rugby. That is where ultimately we'd like to get to for the game."

Earlier today, he said the 2020 balance sheet was a reflection of rugby's adaptability and resilience.

"A year ago we were facing a collapse of more than 60 percent of our revenue and had to make some hard decisions.

"From the Heartland unions' decision to cancel their representative season, to the extra hours our staff and players have put in, the past year has been difficult, and we acknowledge the hardships felt by our people at all levels across the game."

Robinson said private equity would resource the areas most in need at clubs and provincial unions.

NZR announced a $18.7m operating loss and total loss of $34.6m for the year. The annual loss included a further $16m writedown of Sky Television shares.

The players have previously expressed concerns over pay and on whether the deal could damage the relationship between rugby and the New Zealand public, and want assurances cultural aspects such as the haka are protected.

Impey, who has championed the deal with Silver Lake, has confirmed he is stepping down from the role he has held since 2014.

Sir Michael Jones is to step down from the NZR Board to commit more time to his family, community and work, the organisation announced.