The Northern Stars continued their impressive start to the national netball premiership with a comprehensive 57-43 win over the Tactix in Auckland on Sunday. 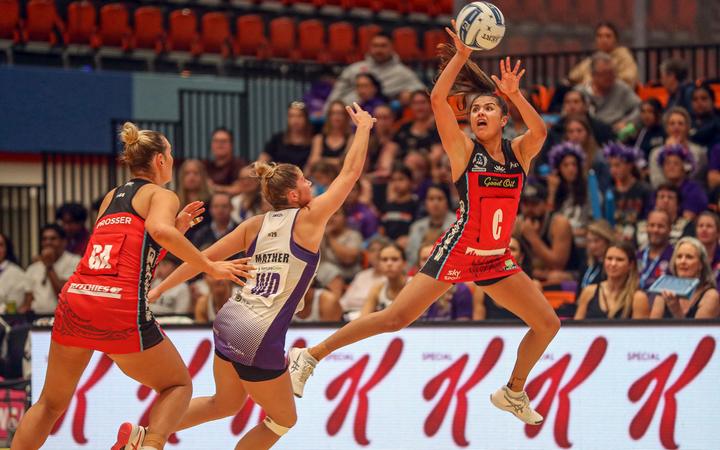 The Stars have completed back-to-back wins, beating the defending champions the Central Pulse last Sunday before today's clinical second-round win over the Tactix, who now have two straight losses.

The Stars ground out a tight first half in the Anzac Day outing, leading 13-11 after the first quarter and 23-20 at halftime.

But their attack line found their rhythm in the second half, captain Maia Wilson the main beneficiary with a fine return of 40 goals from 45 attempts.

The Tactix have plenty to reflect on after losing their way in the second half, too many turnovers halting their flow.

While the ball whistled in effortlessly into the sure hands of Wilson, the Tactix needed multiple phases and plenty of patience to get their possession into the circle.

Defensively, Elle Temu for the Stars and Karin Burger for the Tactix were influential figures in picking off turnover ball.

The combined efforts from the defensive trio of Temu, Anna Harrison and Lisa Mather got the Stars away to a perfect start in the all-important third quarter.

Their work helped shut down the Tactix offensive line as the Stars consolidated their lead to take the spell 16-11.

They found their rhythm on attack with quick transitional play while Jamie Hume (17 from 20) found her accuracy under the hoop to build a handy 39-31 lead at the three-quarter mark.

That margin ballooned in the final stanza, won by the Stars 18-12.

And in the second game of the day, the defending champion Central Pulse team have cruised to a comfortable

59-47 win over the Magic in Hamilton for their first win of this year's competition. 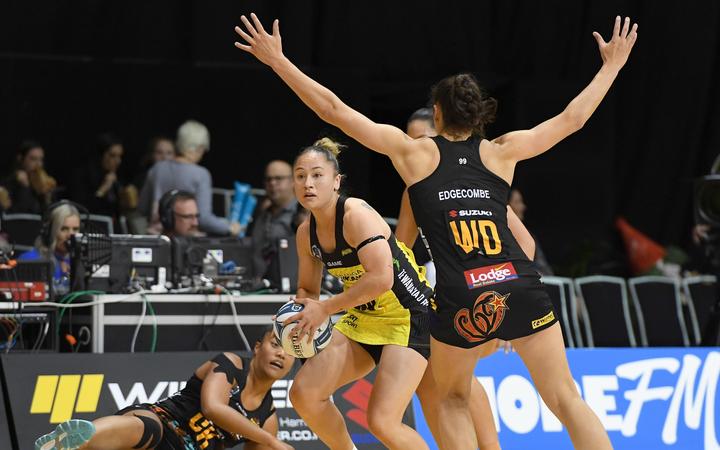 Up 20-12 after 15 mintues, and 33-22 at halftime, the Pulse had the game compeltely under control. They took a low-scoring third quarter 13-9, and while the Magic finished well to win the fourth quarter. the game was always out of reach.

Aliyah Dunn's accuracy underpinned the result, the goal shooter sinking 41 from 46 attempts, with solid back-up from Te Amo Amaru-Tibble (16 from 19).

The shooters were supplied with plenty of quality ball from a busy and well-performed midcourt, the Pulse enjoying a far greater share of the possession with 69 attempts at goal compared to the Magic's 52.

Pulse captain Claire Kersten and Maddy Gordon were also busy defensively, keeping Magic's feeders away from the circle edge and allowing defenders Kelly Jury and Kelera Nawai to haul in a bounty of turnover ball.