There is little doubt that the New Zealand team will be playing catchup in this weekend's opening round of SailGP in Bermuda, but skipper Peter Burling doesn't think it'll hurt their chances too much.

The New Zealanders only got their boat on the water yesterday, but that doesn't mean they haven't been able to do any on-water preparation. 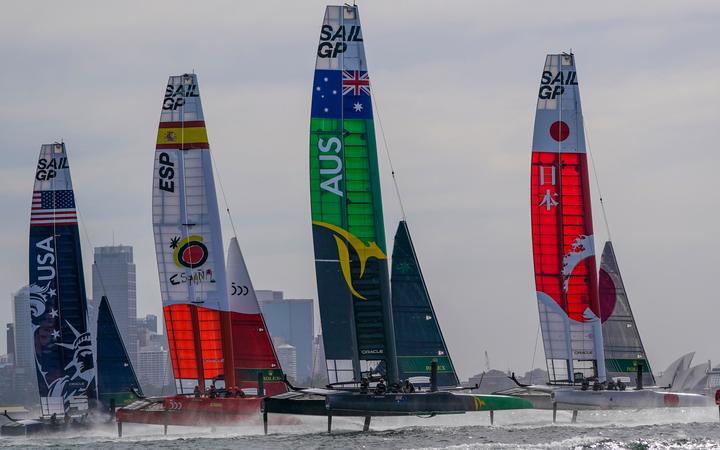 A tight turnaround after the America's Cup and delays caused by the Covid-19 lockdown in Bermuda mean the team's boat Amokura was only able to be launched less than a week out from the regatta.

But the one design nature of the F50 foiling catamarans means they've been able to borrow boats from rival teams for practice - and helmsman Burling says it's proved of huge benefit.

"Obviously it's not your boat and every boat is slightly different at the same time, but pretty interesting to be able to learn what everyone has been doing across the field."

"For us we're coming into this relatively cold, most teams have been here a little bit longer than us training and also every team here did the last event and nearly all the teams did the whole season before that."

Burling is joined in the team by fellow America's Cup sailors Blair Tuke, Andy Maloney, Josh Junior, Louis Sinclair and Marcus Hansen along with Liv Mackay and Erica Dawson for their debut in the series.

SailGP, which uses high performance F50 foiling catamarans, is made up of national teams and was first run in 2019.

While the majority of the New Zealand team is transitioning from the foiling monohull of the America's Cup, Burling and Tuke have also spent time in the 49er class as they prepare to defend their Olympic title in July.

Andy Maloney and Josh Junior are still battling for the one Finn spot in Tokyo, with selection to be decided at the World Championships this year. 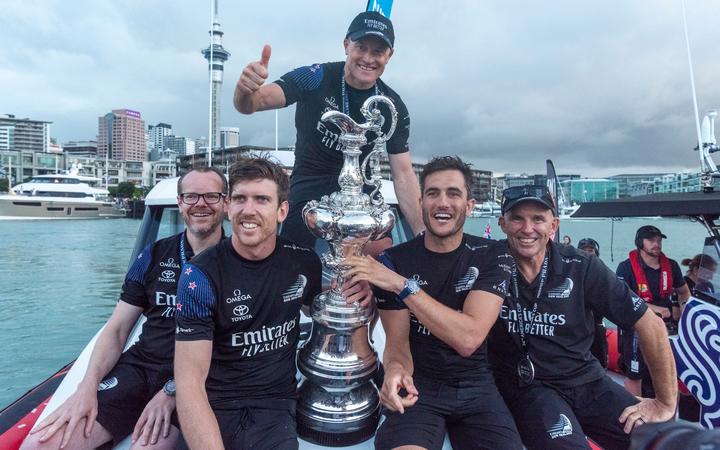 Burling and Tuke with the America's Cup Photo: Photosport

Burling admits it not easy switching between boats so quickly.

"It's massively tricky but in the same regard the same things make a boat go fast or make you get around the track quicker than someone else."

"Throughout our whole careers we've been doing a lot of diverse sailing which has been fun."

Peter Burling says officials are going to great lengths to ensure the season opening event can go ahead despite a Covid-19 lockdown in Bermuda.

Since arriving in the Caribbean last weekend, Burling says they've been sticking to the strict measures in place to ensure the regatta is raced as scheduled this weekend.

"As soon as we landed we were straight into a Covid test and we ended up waiting for that result to come back before we could start operating in a very small bubble of 11 people in our bubble."

All of the New Zealand crew had Covid vaccination shots before they left.

Australia, with former Olympic and America's Cup champion Tom Slingsby at the helm are the defending champions, while there are also crews from Denmark, France, Great Britain, Japan, Spain and the United States.

The opening Bermuda round is followed by regattas in Italy, Great Britain, Denmark, France, Spain, Christchurch and the United States.

The winner of the series collects a million dollars.