Canoeists Max Brown and Kurtis Imrie are set to make their Olympic debuts after being named in the men's K2 1000m boat for the Tokyo Games.

Brown and Imrie had a breakthrough international campaign in 2019 - placing eighth in the K2 1000m A Final at the World Cup in Poznan, Poland.

Later that year the duo finished joint sixth in the B Final of the K2 1000m at the World Championships in Szeged, Hungary before qualifying a New Zealand boat for the Tokyo Olympics via the 2020 Oceania Championships in Sydney. 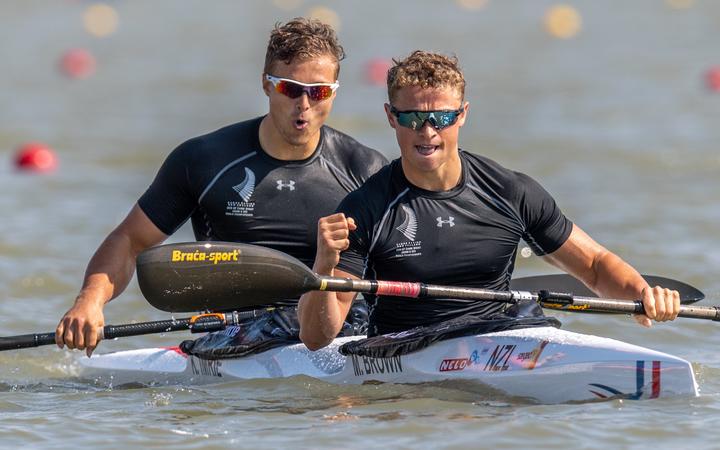 Brown, 26, who originally hails from Whanganui, grew up playing in bands and also enjoyed big mountain skiing before taking up paddling at the age of 15.

Making his international debut in 2013, Brown later graduated with a Bachelor in Music from the NZ School of Music at Victoria, Wellington.

Struggling with injuries for several years he returned to the international stage in 2018 and has gradually developed into one of the leading paddlers in the New Zealand men's squad.

"I'm absolutely stoked to have been selected to represent New Zealand at the Olympic Games. As a young kid I would never have dreamed I would be good enough to challenge at this level," said Brown.

"I always felt like I had the least amount of talent with the boys I trained with, but I was prepared to be the hardest worker. I guess that's what matters most, and that's the reason I've made it this far. I hope lots of young Kiwis take inspiration in my journey and dare to dream."

Imrie, 25, the younger brother of Kayla, a 2016 Rio Olympic paddler and three-time World Championship medallist, is a former surf lifesaver who took up the sport of kayaking as a teenagers with the Mana Club in Wellington.

He finished fifth in the A final of the K1 1000m at the 2014 World Junior Championships before later stepping up and forming an impressive combination with Brown.

In 2019 he also grabbed a K1 500m bronze medal at the World U23 Championships in Romania. He currently also works two days a week as an apprentice electrician.

"It's always been a dream to go to the Olympics and represent my country at the world's pinnacle sporting event. It's pretty surreal that a big dream of mine is actually coming true. Hopefully I'll get to experience the Olympics alongside my big sister Kayla as that would be such a special moment for our family."

Brown and Imrie will be New Zealand's first men's K2 1000m representatives since Darryl Fitzgerald and Steven Ferguson placed seventh in the A Final at the 2012 London Olympics. 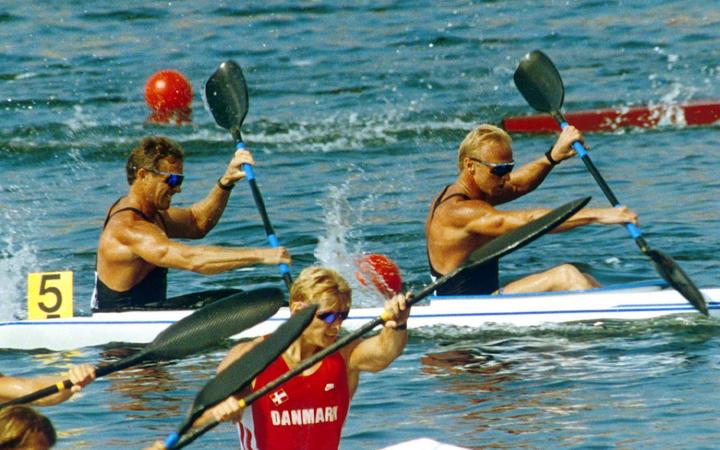 Ian Ferguson and Paul MacDonald won bronze in the K21000 at the 1988 Seoul Olympics. Photo: Photosport

New Zealand has won one Olympic medal in the men's K2 1000m when Ian Ferguson and Paul MacDonald snared silver at the 1988 Seoul Olympics.

The New Zealand women's canoe sprint team for the Tokyo Olympics will be selected closer to Games time.