Latest - Dane Coles will lead the Hurricanes against the Chiefs in the absence of All Black teamate Ardie Savea who is out for up to eight weeks with a knee injury. 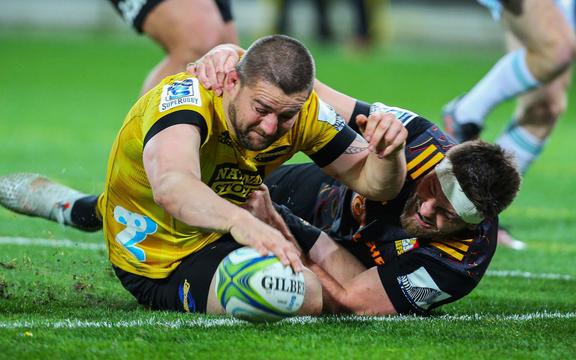 There are three changes to the starting side which lost in extra time against the Crusaders in their last outing.

Wing Salesi Rayasi also makes a return with Wes Goosen moving to the No 14 jersey.

The Hurricanes sit at the bottom of the Super Rugby Aotearoa ladder with just one win in their six matches so far.

Chelsea were held to a 0-0 draw at home by Brighton & Hove Albion in the English Premier League, a match overshadowed by reports that the Blues had ditched their plan to join the planned breakaway European Super League. 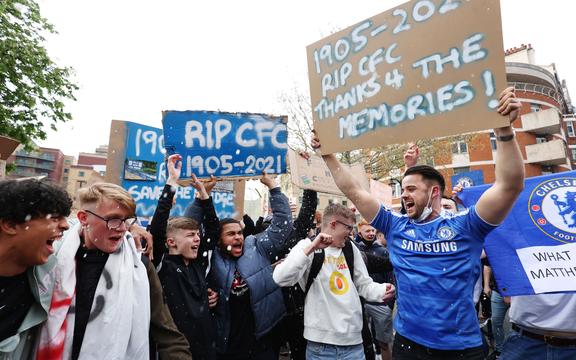 In a setback for Chelsea's push to qualify for next season's Champions League -- the competition they had controversially planned to snub -- the hosts failed to find a way through the well marshalled defence of relegation-threatened Brighton.

Chelsea coach Thomas Tuchel was left to voice his frustration loudly in his native German as his expensively assembled team saw every attack mopped up by the visitors' back line led by captain Lewis Dunk.

The draw pushed Chelsea up into fourth place on goal difference above West Ham United who they are due visit this weekend.

Brighton remained in 16th place, seven points ahead of Fulham who occupy the highest of the relegation spots.

The game lacked the drama seen outside Stamford Bridge before the match where hundreds of angry Chelsea fans demonstrated against the club's plan to join the ESL.

The protests turned to celebrations as media reported that Chelsea had begun the process of withdrawing from the breakaway league with fans singing: "We've got our club back."

All Blacks can't use Moana Pasifika

Tonga coach Toutai Kefu says Moana Pasifika must not become a feeder team for the All Blacks amid concerns New Zealand could end up poaching players from the proposed Super Rugby side. 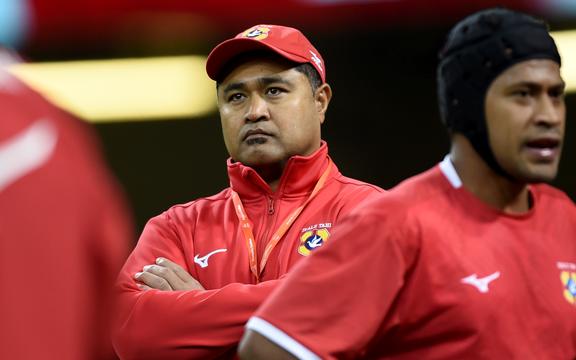 Along with Fijian Drua, Moana Pasifika has been granted a conditional license to join a planned Super Rugby competition with New Zealand and Australian teams in 2022.

While Fijian Drua will be based in Fiji, Moana Pasifika will be mainly based in New Zealand due to cost concerns, although comprised mainly of Tongan and Samoan players.

A slew of Tonga-born players have ended up representing New Zealand in tests in recent years after playing Super Rugby in the country, and Kefu said organisers needed to ensure talent developed at Moana Pasifika would not follow the same path.

"That's a scenario where we would have to protect ourselves. We would have to throw those rules under the microscope and really investigate those details."

Moana Pasifika general manager Kevin Senio told New Zealand media that 80% of the team's 38-man roster would either be already playing for a Pacific islands nation or on that pathway.

Senio also said Moana Pasifika would play some home games in Samoan capital Apia but would be primarily based in Auckland, the home of Super Rugby's Blues.

The South men and the North women have won the inter-island hockey series in Hamilton. 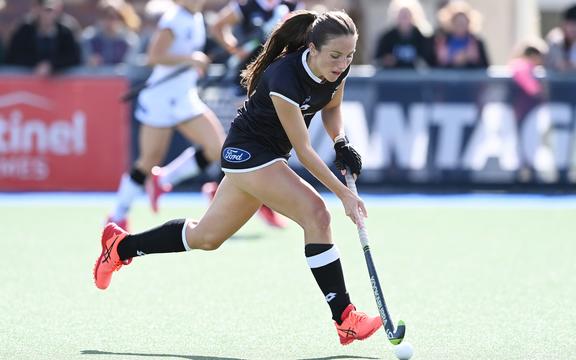 The men's game was tied up at 2-all until the 58th minute when Oliver MacIntyre hit the winner from a penalty corner to give South a 3-2 victory an the series 2-1.

Meanwhile the North women scored four goals in the second half, including two to Deanna Ritchie to give them a flattering 4-0 win and the series 2-1.

The series' was organised to give New Zealand's top players some much needed competition and also formed a trial ahead of the Olympics.

Another 10 national sporting bodies have joined five other codes in backing Sport New Zealand's push to keep young people in sport by putting a stronger focus on fun and development.

Along with the national bodies of rugby, cricket, netball, football and hockey - Sport New Zealand have been part of a collective and individual action aimed at turning around declining playing numbers in youth sport.

The Balance is Better approach takes the focus off winning, reviews competition structures and encourages youth to play multiple sports rather than specialising too early.

To join the collective stand, national sports organisations must commit at executive and board level, and put resources behind making changes to how they deliver youth sport.

Among the 10 new codes to join are athletics, basketball, golf, gymnastics and rugby league.

The 18-year partnership between the late Kobe Bryant and Nike came to an end last week as his estate decided against renewing the contract. 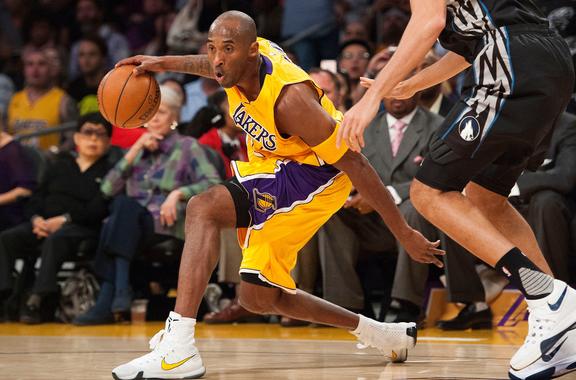 Bryant's widow, Vanessa, and Nike both released statements announcing the end of the deal.

"My hope will always be to allow Kobe's fans to get and wear his products," Vanessa Bryant said in her statement. "Kobe's products sell out in seconds. That says everything. I was hoping to forge a lifelong partnership with Nike that reflects my husband's legacy."

Bryant signed with Nike in 2003 and his five-year, post-retirement extension expired April 13. However, ESPN and Complex reported that Bryant was growing frustrated with the sneaker giant prior to his death and that frustration continued with his estate after his death.

At issue was the limited availability of Kobe's products during his retirement, and after his death, Kobe's estate felt Nike's lifetime offer was not in line with those given to Michael Jordan and LeBron James, per the reports.

Kobe Bryant had been contemplating his own sneaker company called Mamba back in 2019.

Eddie Jones has been backed to continue as England head rugby coach following a review into the team's disappointing fifth-place finish in the Six Nations. 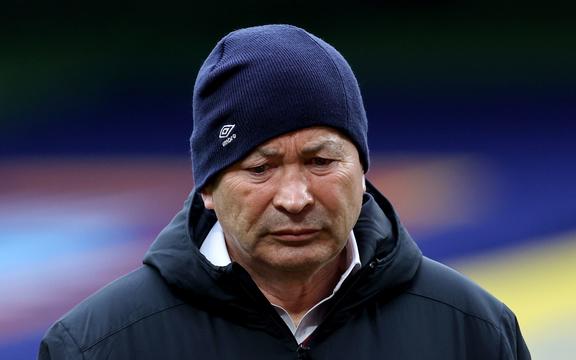 Jones' position had been under scrutiny since defeats by Ireland, Wales and Scotland in the same tournament for the first time in 45 years.

"The debrief was a valuable process, we all learned a lot," Jones said.

"Most importantly, we have identified actions to enable the team to move forward positively towards 2023."

The panel reviewing England's performance consisted of "RFU board members, executives and independent experts", while past and present players - as well as the coaches - also gave their feedback.

The RFU says the overall response from the players was "positive and supportive" and there were a "number of contributing factors" that led to England's poor campaign. 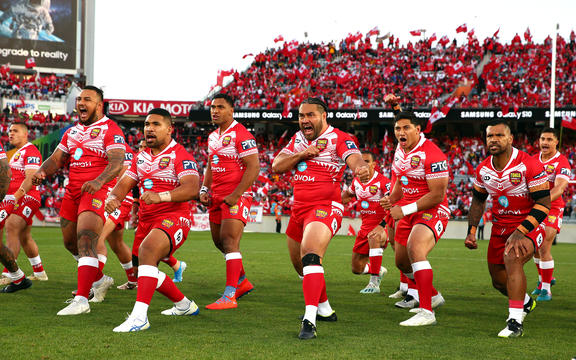 Tonga perform the haka before facing Australia in 2019. Photo: PHOTOSPORT

Tonga were suspended in late 2019 after a dispute between players, coaches and the board over finances and resources.

They were removed from the sport's governing body in February last year and appealed the expulsion before sport's highest court in December.

However, CAS said in a statement that TNRL had refused to cooperate with the IRL's investigation and failed to consider good governance recommendations.

"The panel of CAS arbitrators ... established that expulsion was a proportional disciplinary sanction for TNRL's failure to comply with its IRL membership duties," CAS said.

Decision on spectators at Olympics could be delayed

A decision on limits for domestic spectators for the Tokyo Olympics may not be made until June, the month before the scheduled start of the games, the Mainichi newspaper has reported.

A decision that foreign spectators would not be allowed was made in March, and the decision on the number of domestic spectators had been widely expected in April.

The games were put off for a year due to the coronavirus pandemic which is surging again in Japan.

An Italian who threw part of his go-kart at a rival during a world championship final, repeatedly crossed the track during the race and came to blows afterwards has been banned for 15 years by the sport's governing body.

Luca Corberi waited by the side of the track after being shunted out of the KZ final in Lonato, northern Italy, last October and hurled his kart's front fairing at rival Paolo Ippolito as he approached at 100kph.

The FIA's international tribunal said in a statement that the 23-year-old also physically attacked Ippolito after the race, with the fathers of both karters also joining in the melee.

"The fight reached a point where fathers and sons were hitting each other," it said.

The incident, widely shared across social media, prompted 2009 Formula One world champion Jenson Button to call for a life ban. Corberi announced afterwards that he was retiring from motorsport.