Latest - An 87th-minute header from defender Diego Llorente gave Leeds United a 1-1 home draw with Liverpool in the Premier League after the home side staged a protest against the breakaway Super League prior to the kickoff. 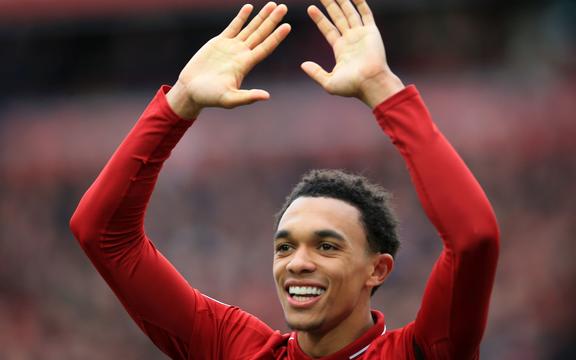 Leeds players came out for their warm-up wearing shirts emblazoned with the slogan "Earn It" under the Champions League logo -- a reference to the fact that the proposed 20-club Super League will have 15 permanent members with no relegation.

A plane flew overhead trailing a banner proclaiming "say no to superleague" while the Liverpool team coach was greeted with fans venting their anger.

Liverpool dominated the first half and went ahead through Trent Alexander-Arnold in the 31st minute.

The result left Liverpool sixth on 53 points from 32 games, one behind fifth-placed Chelsea who have a game in hand and two adrift of West Ham United in fourth. Leeds stayed 10th on 46 points.

The former All Black prop John Afoa will become Bristol's scrum coach from the start of the next English Premiership season. 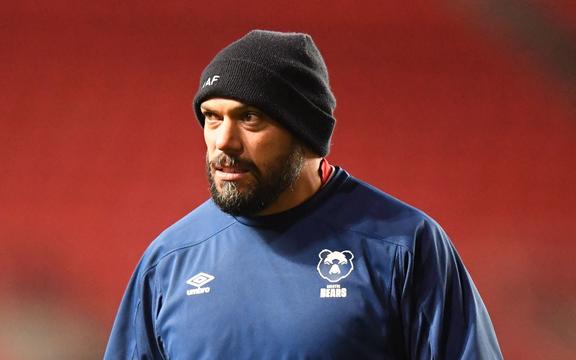 The 37-year-old former Blues player will continue to be part of the playing staff next term.

He succeeds Alasdair Dickinson, who is returning to his native Scotland for personal reasons in the summer.

"Jonny has been planning and preparing for a few years to transition into coaching so I'm very pleased to add Jonny to our coaching team from next season," director of rugby Pat Lam said.

"Jonny is a massive leader, mentor and player for the Bears, and he has played a big part in driving our culture and performance on and off the field.

Gabba to get billion dollar upgrade for 2032 Olympics 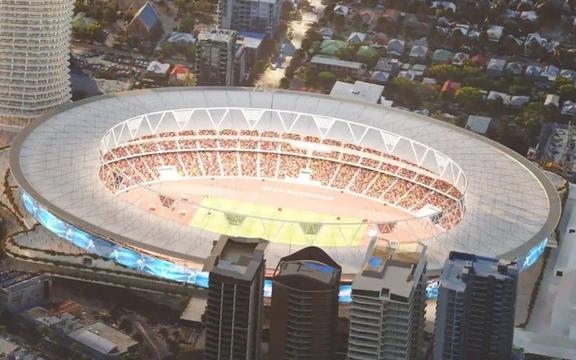 The Gabba is set for a major rebuild if Queensland hosts the 2032 Olympics. Photo: Queensland Government

The Gabba is set to become the centrepiece of the 2032 Olympic Games, hosting the opening and closing ceremonies and athletics, if Brisbane's bid to be the host city is successful.

Brisbane is on track to host the 2032 Summer Olympic and Paralympic Games after the IOC named the city as its preferred bid in February.

A billion dollar rebuild is on the cards for the stadium increasing its capacity from 42,000 to 50,000.

The Gabba would join 19 existing earmarked venues for the Games.

They include sites in Cairns, Townsville, the Sunshine Coast and the Gold Coast.

A final decision on Brisbane's bid is expected to be made as early as July, ahead of Tokyo 2021.

ICC confident Indian cricketers will get into England

The International Cricket Council is confident the Indian team will be allowed to travel to England this year despite the country's addition to Britain's 'red list' of locations from which most travel is banned due to a high number of COVID-19 cases.

British health minister Matt Hancock said today most people who have travelled to India in the last 10 days will be banned from entering the UK from Friday.

British or Irish residents, or those with residency rights within the UK, will be allowed in but must quarantine in a hotel at their own cost for 10 days.

India are scheduled to play in the World Test Championship final against New Zealand in June and a five-test series against England starting in August.

"The England & Wales Cricket Board and other members have demonstrated how we can stage international cricket safely in the middle of a pandemic and we are confident that we can continue to do that and that the World Test Championship Final will go ahead as planned in June in the UK."

Pakistan, which is also on UK's red list, are also scheduled to tour England to play one-day international and Twenty20 series starting July.

Jose Mourinho has been sacked as manager of English football club Tottenham Hotspur six days before the League Cup final. 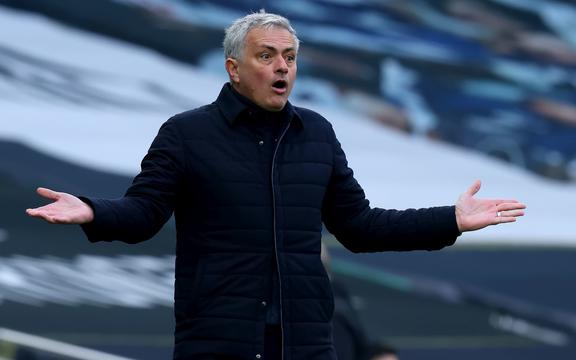 Tottenham confirmed in a statement that the Portuguese had left along with his coaching staff.

"The Club can today announce that Jose Mourinho and his coaching staff Joao Sacramento, Nuno Santos, Carlos Lalin and Giovanni Cerra have been relieved of their duties," it said.

The news comes the morning after the London club said it was one of 12 clubs forming a breakaway European Super League.

Former Porto, Chelsea, Inter Milan, Real Madrid and Manchester United manager Mourinho had been in chargeof 86 games at the club, having replaced Mauricio Pochettino in November 2019.

Having taken charge with the club in 14th place in the Premier League, they finished in sixth spot.

They are currently seventh in the EPL.

Tottenham said former midfielder Ryan Mason will be in charge of the first team today.

Waikato Bay of Plenty Magic have opened their ANZ Premiership netball season with a 64-60 win over the Northern Mystics in Auckland. 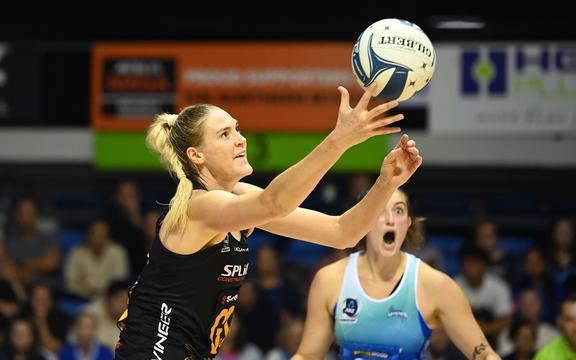 It was the Magic's highest score in the competition since 2018.

It took six minutes before the Australian representative put up her first shot but she then wound up her game and finished with 36 goals from 42 attempts.

Magic captain Sam Winders was impressive in the midcourt and earned the MVP honour.

The Magic join the Stars and Steel as first round winners.

Former Sri Lankan all-rounder Dilhara Lokuhettige has been banned from cricket for eight years due to corruption.

Lokuhettige, who played nine one-dayers and two Twenty20 internationals for Sri Lanka, was charged with three counts of breaching the anti-corruption code of world governing body.

The ICC Anti-Corruption Tribunal found the bowling all-rounder guilty on all charges relating to a 10-over league in the United Arab Emirates.

The 40-year-old's ban will be backdated to April 3, 2019, when he was provisionally suspended by the ICC.

Kean takes over at Victory

Melbourne Victory appointed former Blackburn Rovers manager Steve Kean as their interim head coach until the end of the season following the departure of fellow Scot Grant Brebner from the A-League side. 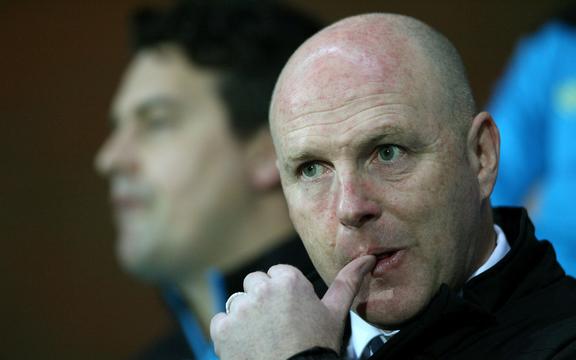 Bottom club Victory parted ways with Brebner after Saturday's 7-0 thrashing by Melbourne City. Kean, 53, had joined as Brebner's assistant in the off-season.

Kean was appointed Blackburn interim manager after the sacking of Sam Allardyce in 2010 before taking over permanently later that year. He left his role in 2012 with Blackburn third in the Championship, before a stint with Brunei DPMM.

Phoenix boss Ufuk Talay has been linked with the Victory job next seaspon, but the leading contender appears to be former Western Sydney and Perth coach Tony Popovic.

Alex Smith, the NFL's Comeback Player of the Year in 2020, has announced his retirement, 16 years after he was the first pick in the NFL draft. 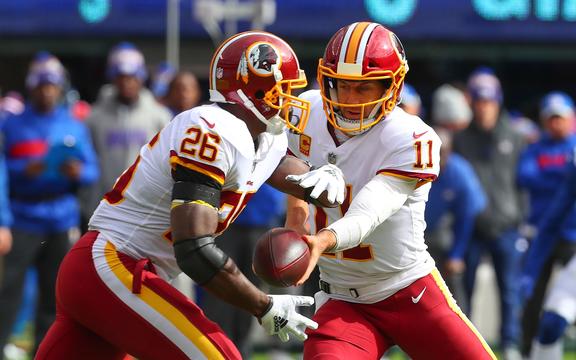 Smith led the Washington Football Team into the playoffs more than two years after the devastating injury he sustained in Week 11 of the 2018 season. He required 17 surgeries to save his leg, repair the injury and fight a life-threatening infection.

Smith, who turns 37 next month, started the 2020 season as Washington's third-string quarterback and played in eight regular-season games, starting six.