Skipper Roger Tuivasa-Sheck earned the Warriors a 20-14 win over St George Illawarra with a decisive 65th minute try in Sydney. 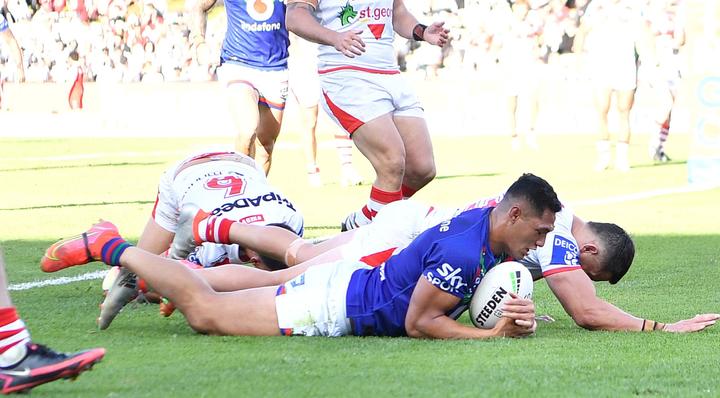 Dragons fullback Matt Dufty had touched down from an Adam Clune grubber with 20 minutes to go, and St George Illawarra looked on track to claim their fifth straight win.

But Tuivasa-Sheck beat Jack Bird and Tariq Sims to put his team in front with 15 minutes to play.

The Warriors led 12-8 at halftime, despite losing centre Peta Hiku to a shoulder injury early, after Tohu Harris and Paul Turner scored within the space of three minutes.

Tuivasa-Sheck, playing his 100th match for the Warriors, was inspirational in racking up 262 metres as the Warriors completed 40 of 40 sets.

St George Illawarra battered their opponents in previous weeks, but the Warriors matched their physicality from the outset with Ken Maumalo and Harris doing damage with the ball.

Wayde Egan came within a whisker of putting the Warriors further ahead minutes into the second half when he grounded on the dead-ball line after Tuivasa-Sheck broke clear and kicked.

The Dragons then nearly hit the front when Ramsey tapped back Corey Norman's kick, but the bunker ruled the ball went forward before Bird planted it.