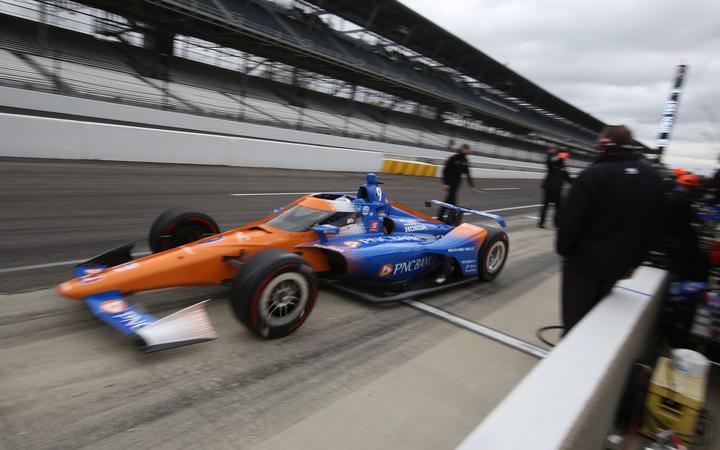 Frenchman Romain Grosjean made a strong impression in his series debut, qualifying seventh.

O'Ward was joined on the front row at Barber Motorsports Park by Andretti Autosports Alexander Rossi while Spaniard Alex Palou qualified third-fastest for Chip Ganassi Racing ahead of Penske Racing's Will Power.

Dixon, the six-time defending series champion who is bidding to equal AJ Foyt's record of seven titles, will start fifth for Sunday's race ahead of Ganassi teammate Sweden's Marcus Ericsson.

"We want to give these vets like (Josef) Newgarden and Dixon that already have multiple championships under their belt something to think of, a little bit of more stress than what they might have the past few years."

While O'Ward took pole it was Grosjean, the ex-Haas Formula One driver, who grabbed the spotlight with a spectacular qualifying effort for Dale Coyne Racing in his first IndyCar start after nine seasons in Formula One.

A veteran of 179 Formula One races, Grosjean, wearing a helmet designed by his children, was back to competitive racing for the first time since November in Bahrain, when his Haas rocketed off the circuit, piercing a metal barrier and erupted in flames before he made a miraculous escape.