Former Silver Ferns' captain Katrina Rore says the huge workload now required to be an elite netballer could lead to earlier retirements in the sport. 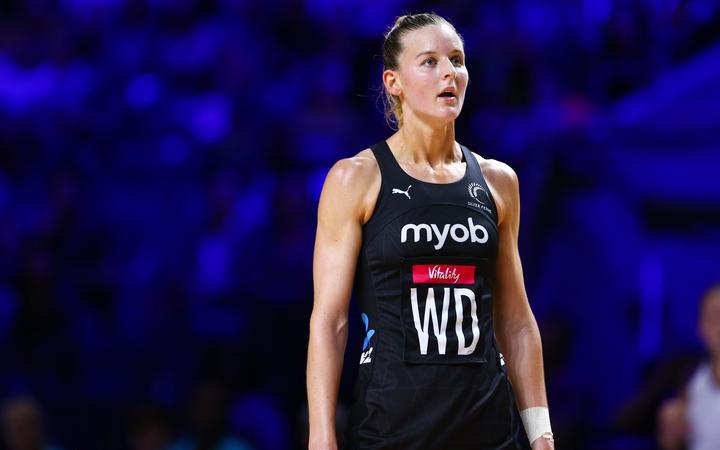 Rore is a former team-mate of current Silver Fern and Pulse captain Ameliaranne Ekenasio, who is on medical leave as a result of fatigue.

It means the two-time defending champions Central Pulse will be without their captain for the start of the national premiership this afternoon.

In a post on Instagram last month, Ekenasio said she had been struggling mentally and was seeing a therapist.

Rore, who is expecting her first child soon, has done her fair share of captaincy. She captained the Pulse for an incredible 10th season last year, before stepping away to have a baby.

The 33-year-old also captained the Silver Ferns for two years during a tumultuous time, culminating in the team failing to medal at the 2018 Commonwealth Games.

She believes holding down two jobs could be detrimental.

"I think potentially moving forward, if you're the Silver Ferns' captain, do you need to be the captain of your franchise team?

"I remember there was a stage when I was Ferns' captain, I was pretty keen to give up the Pulse captaincy but at the time it just didn't really work so yeah I totally understand where Meels [Ameliaranne] is coming from," Rore said.

"I think my reign as the Ferns' captain wasn't as successful as it could have been potentially, it was an interesting time. And then going straight into franchise and having to captain that as well, no doubt about it there is a lot of mental pressure no matter whether you're putting that on yourself, or the team's putting it on you, external factors are all involved."

Rore said with the amount of hours top netballers now needed to dedicate to the sport, she wouldn't be surprised if players retired earlier than they had in the past.

"I started thinking about this probably three or four years ago, thinking potentially the younger players coming through will maybe retire earlier just because the workload is so much more.

"When I came through in 2005 that's when we trained three days a week and we were still able to go out in the weekends, study full-time all that kind of carry on and now you train six days a week.

"You are a full-time athlete, the pressures are on you, the ANZ Premiership is about eight to 10 weeks longer than anything back in the day so I will not be surprised if people retire earlier."

She said there was a "truck tonne" of work for young players coming through, who didn't have the fitness base of the older players.

"Especially if they're starting at 17 or 18 and then if they're making international sides young as well. I think you potentially only get about six, maybe eight weeks off a year which isn't a lot when it's so physically and mentally demanding on your body." 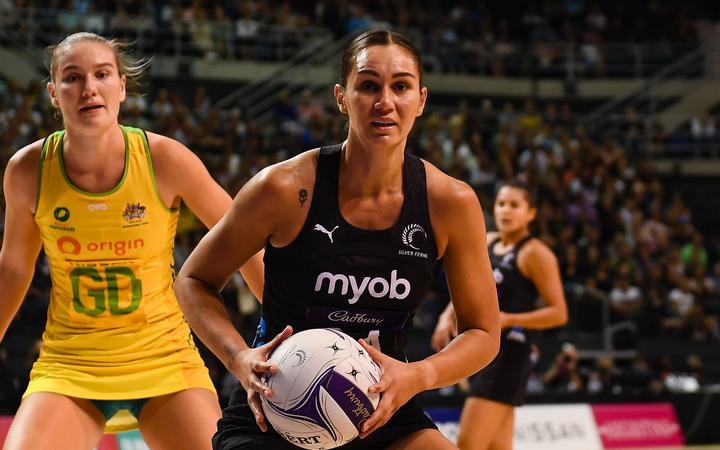 Rore admits putting the brakes on is a dilemma when you are striving to be better than your rival.

"It's so hard to stop and I have already seen young ones not taking a break when they need a break. You can tell they need a break physically and mentally, but they don't want to fall behind.

"I love how Noels [Dame Noeline Taurua] has put in fitness standards [for the Silver Ferns], you need to be fit to play international netball but it also does make that pressure that little bit more.

"And players who aren't quite maybe naturally fit or have to work that little bit harder, potentially not taking a break when they need to take a break and listening to themselves.

"That's where injuries happen, that's where a lot of pressure mentally comes on and there's so many external factors coming through as well."

Rore said she was pleased with the way the Pulse and Silver Ferns were supporting Ekenasio and giving her space.

"The state of our game is in a great place and I'm really happy where it's at and with the way Ameliaranne has gone about things. She's asked for help and she's taking a break and I think that's shown a lot of leadership and courage, and I really hope others who ever go through what she's going through do the same thing.

"Ameliaranne knows herself very, very well and she's potentially been in this situation before a few years ago with the Pulse and was able to take a break then.

"It's a sign of a player knowing herself and I think a lot more players need to learn themselves and understand when they need to relax and take a break."

Rore believes because of the amount of work players have to put in to achieve fitness targets, serious injuries can have far bigger consequences on players now than they might have in the past.

She points to former Silver Fern Temalisi Fakahokotau, who reinvented herself after moving to the Mainland Tactix in 2017.

The defender wasn't always the most naturally fit player but pushed through the pain barrier, upped her fitness and a supremely well-conditioned Fakahokotau got a Silver Ferns' recall.

In 2018 Fakahokotau had another stand out ANZ Premiership campaign, topping all the main defensive stats but later that year ruptured her ACL at a Silver Ferns' training camp.

Not only did Fakahokotau have to go through a lengthy period of rehabilitation, she found herself back at square one fitness wise and hasn't been quite the same since.

"When Tem did her ACL it was horrendous, she was in the best shape of her life and she was in outstanding form.

"She was so impressive and she definitely obviously struggled coming back from her knee injury and it wouldn't have been just the netball and just fitness.

"We always say there's so many external factors and mentally getting over that kind of injury is huge as well and it's not just turning up to the gym - it's about getting everything else in line as well.

"You can see there's been so many knee injuries in netball it happens a lot - look at Michaela Sokolich-Beatson, two achilles injuries, which breaks my heart but look how hard she works and she gets back." 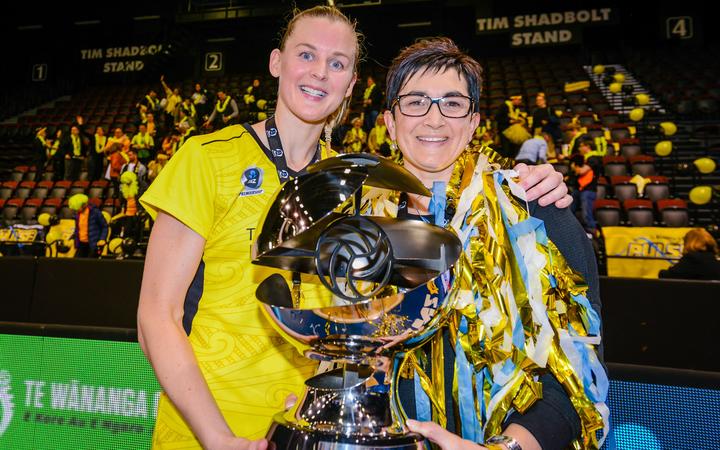 There are currently players in the ANZ Premiership that would have made Silver Ferns' sides in the past but haven't met the fitness standards.

Rore said while it was a harder road for players who were not as naturally fit as others, it was still attainable.

"Sulu Fitzpatrick is a classic example of someone who's worked really hard to get where she is and now she can hit the Silver Ferns' fitness target fine, wasn't always the most naturally fit player but she worked hard and now she is.

"It's a hard one in the fact that I don't think you can use an excuse of 'I'm not fit enough to make the Ferns'. We're paid to play this game now, it is our full-time job and we've got great trainers out there and great programmes."

Rore said it came down to the individual and what they were willing to do to get there, but the sacrifices were far greater than when she first started out.

"And everyone is so so different and so many things going on in other people's lives that you have no idea about either."

Knowing what she does about the work involved in competing at the elite level, does Rore plan on coming back to it after having a child?

"I talk to my husband about this quite a lot and I have no idea. I've seen athletes come back after having a baby and some that don't.

"I don't know how I'm going to react and if I want to leave my child, if I want to go back and it's so much effort to come back and become a full-time athlete.

"There's a lot of hard work that needs to go on and I'll need the support of absolutely everybody to be able to do that - who knows?