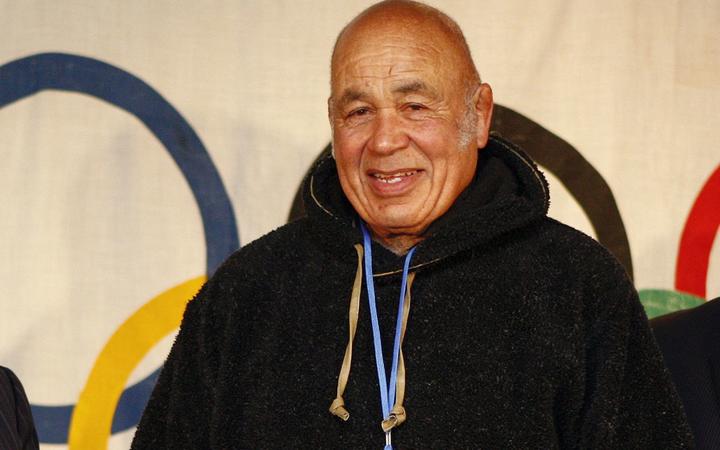 John da Silva is presented with his Olympic pin in 2009. Photo: Photosport

Da Silva represented New Zealand in wrestling at the 1956 Olympic Games in Melbourne and the 1958 British Empire Games in Cardiff.

The heavyweight, who was also a skilled boxer, began his professional wrestling career in 1958 and went on to compete around the world.

Da Silva even received a personal invitation from the late Prince Phillip to perform at the Royal Albert Hall in London in 1963.

He also starred in New Zealand's popular 1970's wrestling TV show 'On the Mat' along with wrestlers Steve Rickard and Robert Bruce.

Following his retirement in 1977, da Silva went on to work with at-risk youth with the aim to support and rehabilitate troubed young people.

He was awarded New Zealand's Queen's Service Medal in 1994 in recognition of his work in this area.

Stalwart of New Zealand wrestling, Brian Stannett, described da Silva as 'one of the better professional wrestlers of his generation'.

Da Silva also had a significant influence on his son, Garth, who went on to a career in combat sports representing New Zealand in heavyweight boxing at the Olympics and Commonwealth games.