After being stuck in New Zealand for more than a year, the New Zealand sailors Peter Burling and Blair Tuke are facing the next four months offshore.

Just a couple of weeks after defending the America's Cup, the Olympic champions head overseas today with the prospect that they won't return until after the Tokyo Olympics. 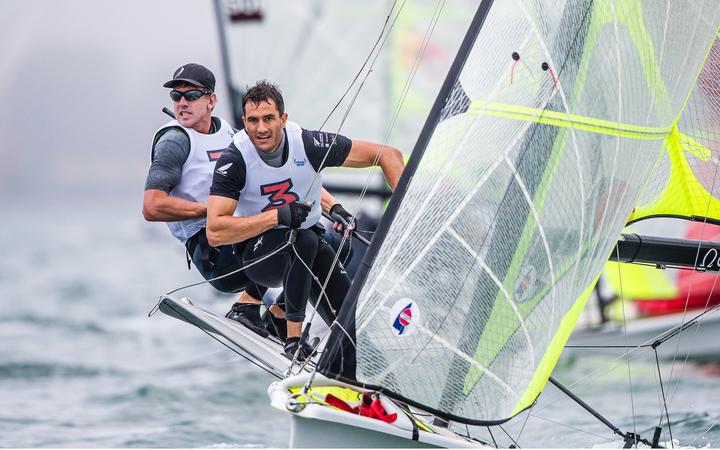 It's been a hectic time for the pair who played a key role in the success of Team New Zealand on the Hauraki Gulf, are just months away from defending their Olympic 49er title but before that will guide a New Zealand teams debut in the Sail GP series.

"I guess with Covid and the Olympics being postponed we always knew this was going to be a busy time for us, it would have been great to have had another couple of weeks off but in saying that we have a big challenge in front of us and it's not hard to get motivated to get back on the boat."

Burling and Tuke have dominated the Olympic 49er class over the past eight year, winning seven world title and Olympic gold in Rio in 2016.

A week after their America's Cup success the pair managed to get back into the 49er at their training base at Tutakaka in Northland.

While they didn't do a lot of days of sailing, Tuke says they did enough to get the feel back in the boat.

"It's certainly been a whirlwind few weeks, the Cup racing was amazing, just awesome memories, so since then it's been quite busy for Sail GP and Olympic preparations."

It's going to be just as busy through until August with Burling and Tuke competing in next week's opening round of Sail GP in Bermuda, they'll then head to Spain to go into an Olympic preparation camp, compete in another SailGP event in Italy and then go into countdown for Tokyo.

Tuke says time on the water and getting comfotable in the 49er again will certainly help but its competition that makes the difference.

Their last competition in the Olympic class boat was the World Championships in Melbourne in February 2020.

"It's quite strange because none of the other top nations have been racing either because of Covid so we'll try and make the most of some racing in Spain with 10 or 15 other boats and get back into it that way."

Fortunately for Burling and Tuke the 49er class hasn't changed at all in the 12 years they've been racing it.

"We're pretty familiar with the boat but having said that it still takes quite a while for us to get the intuition back between us as there are such fine controls on that boat and the racing is at such a high level."

"Because everyone has sailed the boats for such a long time you have to be at the top of your game so we still have a bit of work to do to get back to the level where we were when we won the world champs in 2020," Tuke said. 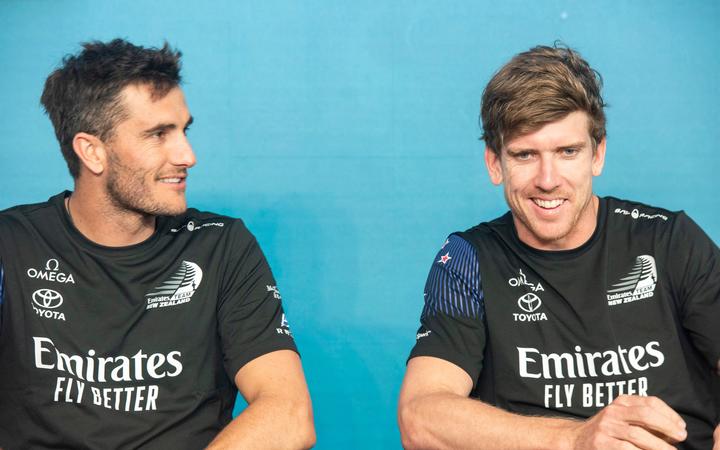 "Having said that we have a couple of months and we have a good plan in place to get to a place where we can try and win another gold medal for our country."

Key to that will be their time in Santander, Spain the site of their 2014 World Championship success.

Two thirds of the likely Olympic field are also expected to be there training and while there won't be any official races, because of Covid-19 protocols, Tuke expects there to be a few coaches regattas.

"Between the coaches of the teams they'll take some marks out and do some informal racing and while they'll be great, there won't be anything official."

That could leave the New Zealanders a little unsure of their competition within the 49er fleet just a few months out from the Olympics.

"It's certainly going to be an Olympics like not other in that regard not having a big event before hand, or even 18 months before," Tuke said.

"There might be some people that have improved and shot forward, but for us we just have to make sure we've improved from where we were in early 2020 as well."