Hideki Matsuyama overcame a potentially ruinous moment to become the first Japanese man to win a major championship with a one-shot Masters victory over Will Zalatoris at Augusta National. 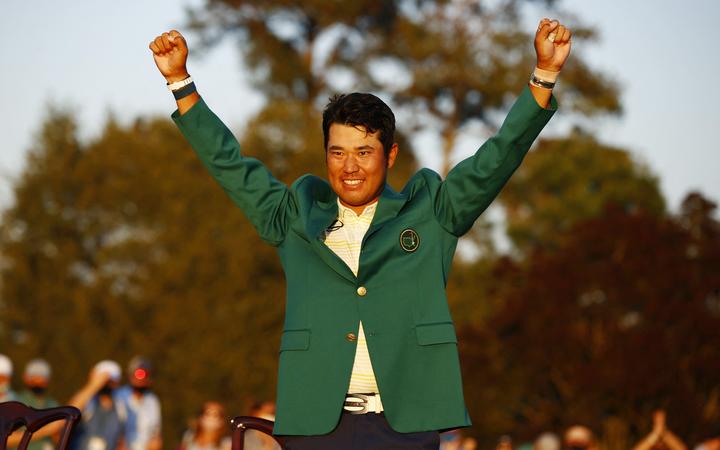 Matsuyama, who started the day with a four-shot lead over a quartet that included playing competitor Xander Schauffele and Masters debutant Zalatoris, carded a one-over-par 73 that left him at 10 under on the week at the year's first major.

"Hopefully I'll be a pioneer and many other Japanese will follow," Matsuyama said through an interpreter inside Butler Cabin where he was presented with the champion's famous Green Jacket. "I am glad to open the floodgates hopefully and many more will follow me."

The 29-year-old was seemingly in control until a bogey at the par-five 15th, where his approach shot went in the water behind the green, compounded with a birdie from Schauffele turned his four-stroke cushion into a two-shot lead.

But world number six Schauffele put his tee shot at the par-three 16th into the water and made triple-bogey to fall out of contention. He finished three shots back of Matsuyama and in a two-way share of third with former champion Jordan Spieth (70).

"I was coming in hot, I was feeling good," said Schauffele, who made four consecutive birdies starting at the par-three 12th. "Hideki surprisingly went for the green on 15 so I felt like he gave me a little bit of hope there and maybe (I was) a little hyper-aggressive there on 16."

Matsuyama bogeyed the 16th which left him with a two-shot lead over Zalatoris (70), who was already in the clubhouse at nine under on the week, and went on to close the deal with a par-bogey finish.

"Congratulations on such a huge accomplishment for you and your country. This historical @TheMasters win will impact the entire golf world." 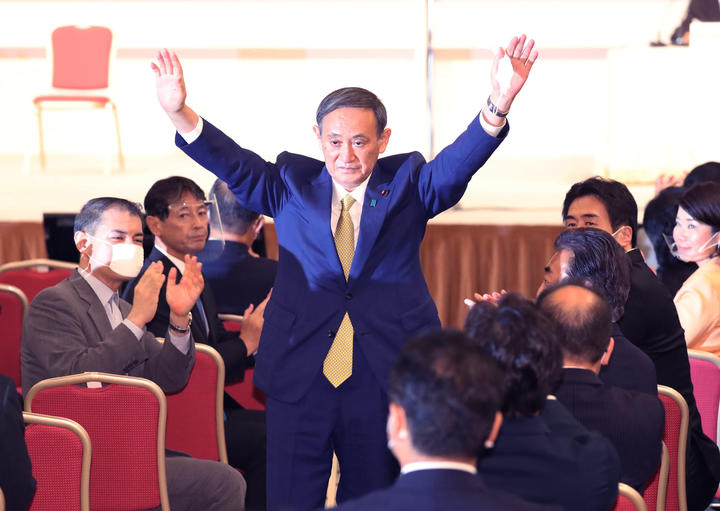 Speaking to reporters on Monday morning in Tokyo, Japanese Prime Minister Yoshihide Suga called Matsuyama's historic win "wonderful" and a source of pride and courage for the Japanese people during the difficulties posed by the COVID-19 pandemic.

"He's also a graduate of a university in Tohoku," Suga said, referring to the northeastern region of Japan devastated by the massive earthquake and tsunami 10 years ago. "(His win) has also provided a big boost to the recovery from the disasters."

The victory by Matsuyama came in his 33rd major championship appearance and ended Zalatoris's impressive bid to become the first Masters debutant to win a Green Jacket since Fuzzy Zoeller accomplished the feat in 1979.

But Zalatoris did not give up and carded two birdies over the closing four holes to finish alone in second, describing his debut as "an absolute treat".

"The fact I put myself in contention and was able to handle it and be in the final group in my third major in my entire career is obviously really exciting." 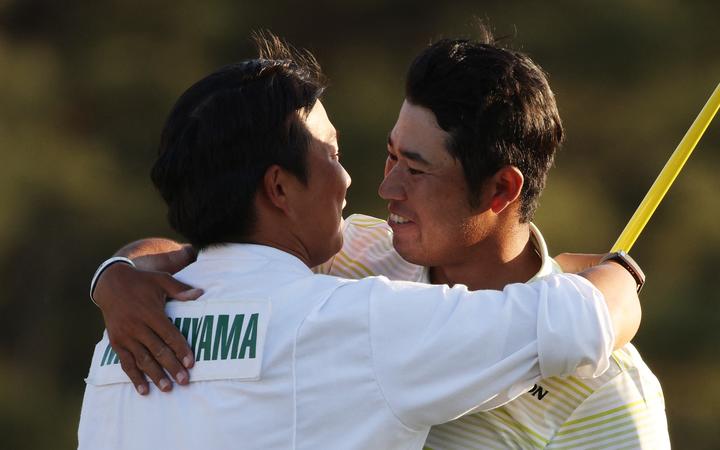 Matsuyama had made a shaky start with a bogey at the first hole that cut his lead to one stroke but made three birdies before the turn, including at both par-fives, to restore control.

Matsuyama bogeyed the 12th where he failed to get up and down from a back bunker but tapped in for birdie at the par-five 13th and was looking set for a comfortable finish.

But Matsuyama said he never allowed himself to think the Green Jacket was his until his tee shot at the par-four 18th final hole found the fairway.

"My nerves really didn't start on the second nine," said Matsuyama. "It was right from the start today and right to the very last putt."

World number three Jon Rahm, whose wife gave birth to their first child last weekend, carded the day's low round, a six-under-par 66, vaulting him into a share of fifth place.

Englishman Justin Rose (74), who held the outright lead after the first and second rounds, and Australian Marc Leishman (73) also started the day four shots back of Matsuyama but fell out of contention before they reached the turn.