The proposed Super round of the trans-Tasman Super Rugby competition has been canned. 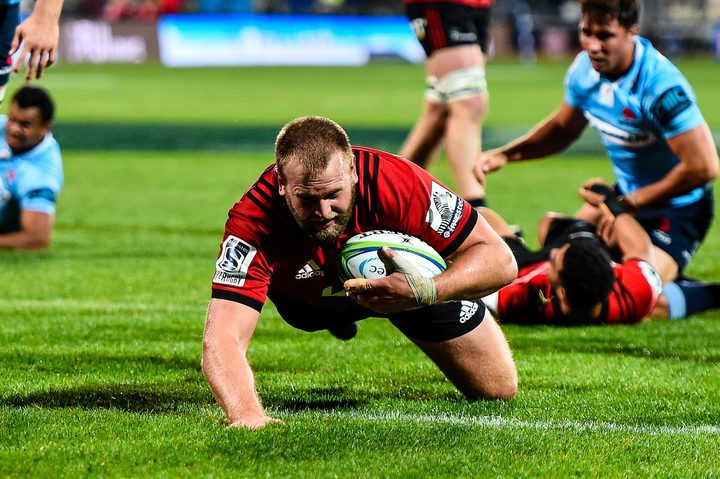 The tournament starts on 14 May in Dunedin, with the five New Zealand teams playing the five Australian teams once each before a final scheduled for 19 June.

The third round was set to be held entirely in one city, with Brisbane the likely host.

However, due to the ongoing uncertainty caused by Covid-19, New Zealand Rugby head of professional rugby Chris Lendrum said the five games for the "Super" round will be played at agreed venues with the teams involved to share revenue.

"It was just too hard to contemplate basing our teams in one city. It's certainly a concept we want to explore in the future. The Super round was going to be in round three and we're just working on the venues for the round three fixtures and we'll announce those in due course.

"We're going to have a scenario where some teams now have three home games and some teams have two, but we're encouraging the clubs who are due to play each other that weekend to have a commercial discussion about how the proceeds of the game are shared. We're trying to get some evenness through the competition."

A further spanner in the works could be Western Australia. WA, unlike other Australian states, has refused to let New Zealanders into the state unless they have spent 14 days elsewhere in the country or undergone a quarantine period.

That could affect the Western Force games against the Chiefs and Highlanders in Perth on 15 and 21 May respectively.

The restriction on travel into WA from New Zealand will be reviewed now the trans-Tasman bubble has been announced.

Lendrum said they were developing contingency plans for the trans-Tasman Super Rugby competition should the travel bubble between Australia and Aotearoa burst during the tournament.

He said if there was a Covid-19 outbreak, or border restrictions were reinstated, the competition would have to be adjusted.

"We're hoping that a six-week tournament will go off without a hitch. It's possible it might not, but the beauty of the competition start date, which is still over a month away, is we get to see the bubble open, we get to learn a lot over the first few weeks and that will inform our contingency planning.

"It was always Plan A. This is what we wanted. New Zealand teams haven't played Australian teams for 12 months, now. There are two really strong Australian teams lurking on the other side in the Reds and Brumbies, and we know our teams will be looking forward to testing ourselves against them. And there is plenty of potential in the other three teams."

Lendrum also said the trans-Tasman bubble increased the chances this year's Rugby Championship would be played in both Australia and New Zealand, though discussions were yet to begin with Sanzaar.

He would not be drawn on comments made by former All Black Sir John Kirwan that the relationship between NZR and the New Zealand Rugby Players Association was broken, other than to reiterate the parties were working together.

New Zealand Rugby and the players association, headed by Rob Nichol, are in mediation over a proposed $465 million deal that would see US company Silver Lake buy a 15 percent stake in NZR's commercial rights.

Lendrum said Kirwan's comments were not reflective of New Zealand Rugby's position and NZR and the players association were both committed to finding a resolution everyone would be happy with.

"You need to talk to Sir JK on that. Those are his comments, they're not New Zealand Rugby's. We're in a separate process around the involvement of private equity in the game. We continue to talk with the players and that's about as much as I want to say."