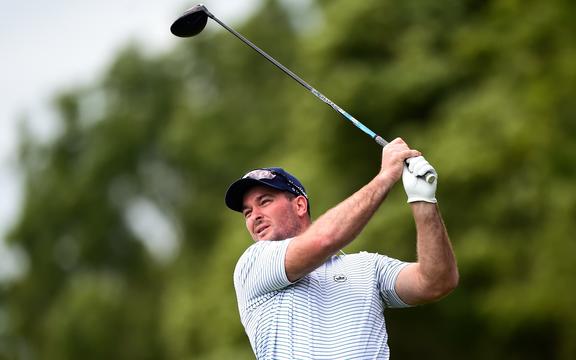 Fox fired a final round of 10-under 62 to finish at 23-under par for the tournament, winning by a whopping seven strokes over Josh Geary and James Hydes.

After carding rounds of 67, 70, and 66, Fox started the final round a shot back of overnight leader Ben Campbell but quickly made his intentions clear with a birdie at the opening hole to tie Campbell's lead.

He took command of the tournament on the second hole with another birdie while Campbell made bogey, and never looked back.

Fox said it was special to win on the Charles Tour for the first time since 2014.

"I felt like a score like this was coming. I played great in the first round with the exception of one hole and played great yesterday but felt as though I left a lot out there.

"It was nice to get it going early and hit some great shots coming home."

Fox will play the Muriwai Open next week, and is hoping to head back to Europe some time in May.

He hopes to play a full schedule for the rest of the year, but admits with so many variables he doesn't expect to have a final plan until just before he leaves.

Real Sociedad beat local rivals Athletic Bilbao 1-0 in the rescheduled 2020 Copa del Rey final to get their hands on a major trophy for the first time since 1987.

Captain Mikel Oyarzabal netted the winner by sending keeper Unai Simon the wrong way from the penalty spot in the 63rd minute after strike partner Portu was felled in the area by Athletic defender Inigo Martinez.

Martinez, a boyhood Sociedad player who left for their rivals for 32 million euros ($37.64 million) in a controversial transfer in 2018, was initially shown a red card for the foul but the referee downgraded the punishment to a yellow card after a VAR review.

Sociedad dominated possession and Athletic failed to test their opponents on the counter-attack, still offering little in attack even as they chased the game deep into the second half.

The match was postponed by a year at the request of both clubs to ensure fans could attend but continued coronavirus restrictions in Spain meant the showpiece in Seville's La Cartuja stadium took place without any supporters.

Athletic have now lost their last five Copa finals but have another shot at the trophy when they play Barcelona in this season's showpiece back at La Cartuja on April 17. 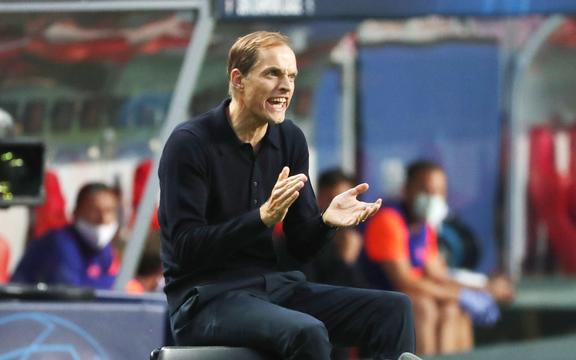 Chelsea were looking to record an eighth consecutive clean sheet but Thiago Silva's sending-off for a second yellow card after a reckless challenge opened the floodgates as West Brom ran riot.

Manchester City extended their lead at the top of the Premier League to 17 points as Benjamin Mendy and Gabriel Jesus fired them to a 2-0 win at third-placed Leicester City.

City now need, at most, 11 points from their remaining seven matches to secure their third Premier League title in four seasons.

Liverpool turned on the style to thrash Arsenal 3-0 and move into fifth place with Diogo Jota netting twice after coming on as a substitute.

Leeds United winger Jack Harrison netted in the first half and his cross led to an own goal in the second as his side moved into the Premier League's top 10 with a 2-1 win over bottom side Sheffield United.

Champions England were off to a flying start in their women's Six Nations title defence as they beat Scotland 52-10 in a dominant performance in a Pool A encounter.

The postponed tournament is being played in a condensed format with two pools of three teams each, with the pool toppers playing each other in the final.

England went ahead in the eighth minute when their forwards completed a series of quick offloads before Marlie Packer went over. Leanne Riley got England's second with some fancy footwork to shrug off challenges before diving through the crowd.

Scotland, who failed to score a single point against England in the previous two editions, managed to tick the scoreboard over when Riley conceded a penalty for an offside infringement and Helen Nelson converted.

But hooker Lark Davies soon converted England's third try as Scotland tried desperately to stop their maul before that was topped by a bonus point try from Bryony Cleall, who was set up by her identical twin sister Poppy.

After England's show of power, it was Jess Breach's turn to display their speed on the wing and the 23-year-old managed to race past two tackles before side-stepping a third for their fifth try of the half.

In the second half, England picked up where they left off as Helena Rowland scored her first international try after Breach broke through the Scotland defence yet again with sublime ease on the wing.

Scotland scored their first try when Poppy was sent to the sin bin for a yellow card and they used the numerical advantage to score when Hannah Smith went over.

England were reduced to 13 when Davies was also sent to the sin bin but Scotland soon received a red card when Molly Wright was sent off for a high tackle.

Poppy returned with a vengeance and after another powerful maul, she emerged from a pile of bodies to claim their seventh try before England finished things off with a penalty try when Scotland brought down a maul close to the line.

Lewis Hamilton beat old Formula One rival Nico Rosberg in the battle of team owners in qualifying for the first race of the new electric off-road Extreme E series in Saudi Arabia.

Rosberg X Racing, run by the retired 2016 F1 world champion and Hamilton's former Mercedes team mate, would have been fastest but picked up a penalty for speeding in the driver switch zone.

Teams have only one car, with a male and female driver doing a lap each.

Only six of the nine teams ran in second qualifying with Veloce pulling out of the event altogether due to car damage caused by French driver Stephane Sarrazin crashing heavily.

That withdrawal came as a blow for British team mate Jamie Chadwick, winner of the first all-female W Series, who had yet to run..

The brainchild of Formula E founder Alejandro Agag, Extreme E aims to highlight climate change and promote sustainability by racing in remote parts of the world affected by global warming and environmental damage.

There are five rounds ranging from locations in the Arctic to the Amazon.

Former two-weight UFC champion Conor McGregor is set for a third fight against Dustin Poirier, who became the first man to knock out him out in January.

McGregor quickly knocked Poirier out in a featherweight contest in 2014 during his meteoric UFC rise, but the American's savage leg kicks secured a TKO win over the Irishman when the two met again at lightweight in Abu Dhabi in January.

"The fight is booked! July 10th you're gonna see what the Mac is about," McGregor wrote on Twitter.

Despite the high profile of the encounter, it will not be for the lightweight title vacancy created by the retirement of Khabib Nurmagomedov, which will be filled when Michael Chandler takes on Charles Oliveira on May 15 in Houston, Texas.

The UFC has not confirmed the event yet, but it will most likely take place in Las Vegas, Nevada as the centre-piece of the promotion's annual International Fight Week.