Latest - Manchester United beat Manchester City 2-0 in the English Premier League to end the league leaders' run of 21 straight wins in all competitions. 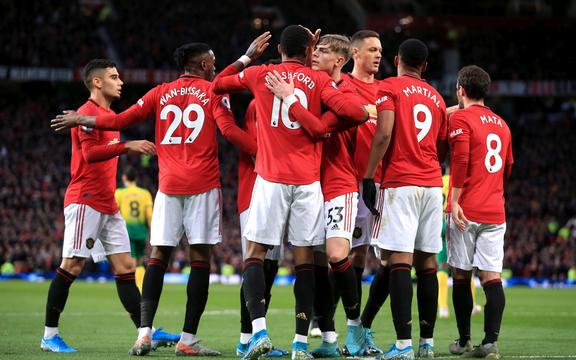 City were put on the back foot early on at home with Bruno Fernandes converting a penalty kick in the second minute of the game before Luke Shaw doubled United's advantage in the second half.

The win closes City's lead at the top of the league to 11 points with United sitting in second-place.

Liverpool's terrible run of form continued with a 1-0 loss at home to relegation battlers Fulham, their sixth consecutive loss at Anfield.

The reigning league champions drop to eigth in the table.

Tottenham Hotspur rise up to sixth after their 4-1 win against Crystal Palace.

Spurs' star striker, Harry Kane, was key to their impressive performance, bagging two goals of his own and setting up Gareth Bale with two assists.

Meanwhile, league strugglers West Brom and Newcastle United played out a scoreless draw at The Hawthorns.

The Wellington Phoenix produced their best performance of the A-League football season, beating Perth Glory 3-0 at their home ground in Wollongong. 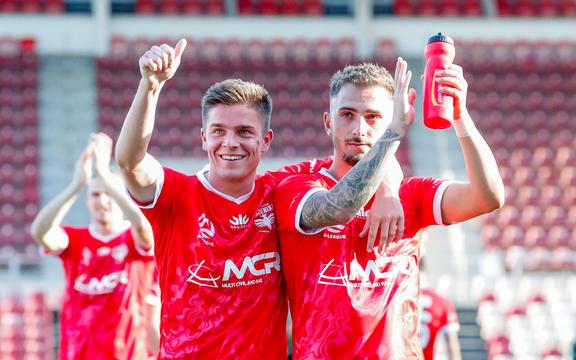 It was their third win of the season and improves them to tenth on the table.

An impenetrable defence secured Wellington back-to-back clean sheets in the process as they built upon last weekend's victory at the Newcastle Jets.

A screamer by Reno Piscopo on the half hour mark saw Phoenix go ahead against the run of play before David Ball scored for successive matches when he connected with James McGarry's cross five minutes later.

The second half began in similar fashion when 19 year old Ben Waine nudged home from close range after Tando Velaphi's save fell kindly into his path on the hour mark.

Robinson on the podium 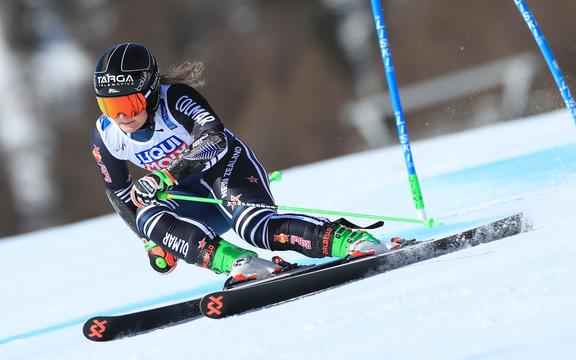 It has been just over a year since Robinson has stood on the podium on the circuit and it's the 19-year-old's fourth ever World Cup podium.

Robinson was in seventh third place after the first run, just under a second behind American star Mikaela Shiffrin.

She skied into top spot after her second run and despite having the best second run time, she was overtaken by local Petra Vlhova who had the best combined time with Shiffrin third.

"In the second run I just fully attacked and was so confident in what my plan was, and it felt easy. I came down with a big lead and I managed to stick until Petra came down into first, then Mikaela came down after leading the first run into third so I ended up in second position which is a season best result so I am really happy."

Robinson will be racing one last time this season, at the Giant Slalom World Cup Finals, to be held in Switzerland on March 21st.

An additional $950,000 in governernment fudning will go towards New Zealand's hosting of the international conference for Women in Sport in Auckland next year.

The funding comes from the $265 million Sport Recovery Package and is for Women in Sport Aotearoa, Ngā Wāhine Hākinakina o Aotearoa (WISPA) - who will be put the conference on.

Sports minister Grant Roberton said the additional investment is in response to reduced funding and sponsorship opportunities due to COVID-19 as well as the likely reduction in conference attendees from overseas, which will affect forecasted revenue to stage the event.

Rangers celebrated their first Scottish football league triumph since 2011 after Celtic were held 0-0 by Dundee United to hand their bitter Glasgow rivals the title.

Rangers fans had flouted Covid-19 lockdown restrictions to gather outside Ibrox before and after yesterday's 3-0 win over St Mirren which moved the team to within a point of the title and Celtic needed a win to delay their celebrations.

But despite Celtic dominating possession and having more than 25 shots during the game, the visitors were unable to find a way past a determined United side.

Steve Gerrard's Rangers have 88 points from 32 matches - 20 points more than Celtic - and have claimed a 55th league title, taking them four ahead of the total won by their neighbours.

Six minutes into Sunday's match, Rangers fans flew a banner over Tannadice Park that read 'Can you see us now?! #55 titles' and United ground staff later had to douse flames after some individuals threw flares into the stadium.

The title success is especially sweet for Rangers, who spiralled into financial turmoil and were demoted to Scotland's bottom tier in 2012 after entering administration.

With former Liverpool and England midfielder Gerrard in charge, however, the Glasgow side have ended Celtic's grip on the league crown that has stretched back for nine seasons.

IPL to be played in India

The Indian Premier League cricket competition will begin in Chennai on April 9 and will be played across six venues, initially without spectators.

The world's richest Twenty20 competition was shifted to the United Arab Emirates last year as India grappled with the Covid-19 pandemic.

Ahmedabad's Narendra Modi Stadium will host the playoffs as well as the May 30 final, with Bengaluru, Delhi, Mumbai and Kolkata being the other venues.

The tournament's eight teams will play all their matches at neutral venues.

A flawless Kobe Bryant rookie card, considered "one of the rarest in existence," according to Goldin Auctions, has sold to an anonymous buyer for $1.795 million.

The Topps trading card is one of just two in the world considered to be in "black label pristine condition," the auction house said, and is the most expensive Kobe Bryant card ever sold.

The NBA basketball champion died a little over a year ago in a helicopter crash in Los Angeles alongside his daughter and seven others at the age of 41.

An all-time record for any Kobe Bryant card. pic.twitter.com/dTStDwavHx

"The fact that it sold for the final auction price of $1.795 million, the all-time record for any Kobe Bryant card, speaks to just how beloved he was around the world," said Goldin Auctions founder Ken Goldin.

The 18-time NBA All-Star retired from the league in 2016 after one of the most decorated careers in basketball history, and is the NBA's fourth all-time leading scorer.

Basketball rookie cards, which are often coveted by collectors, are trading cards that are the first to feature an athlete after they reach the professional ranks.