The rescheduling of a fight with British veteran Dereck Chisora still looks on the cards for Joseph Parker after his win over fellow New Zealand heavyweight Junior Fa. 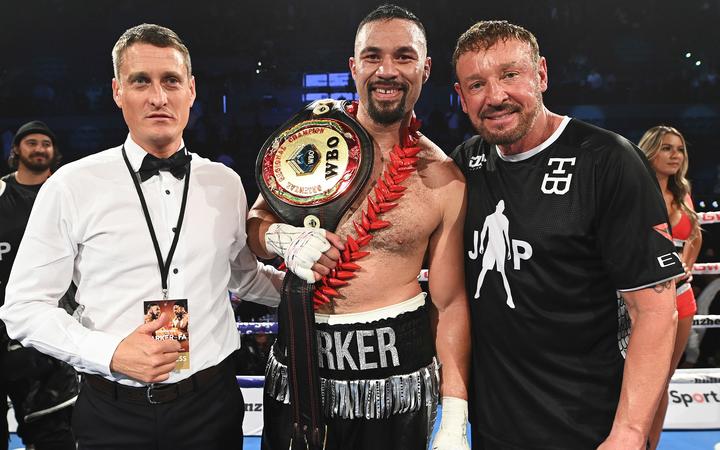 Parker claimed a unanimous points victory after being forced to go the full 12 rounds by his former amateur rival in Auckland on Saturday night.

While it wasn't the knockout win he was looking for, Parker's manager David Higgins said an already rumoured fight against former world title challenger Chisora remained most likely to come next.

"Who knows, Chisora might want the fight even more now.

"But they're both household names in the UK, which is what got everyone interested in the first place. Plus, there's a bit of unfinished business with the previous cancellation [of their 2019 fight] with [Joseph's] spider bite.

"If that fights on the cards, our camp have all agreed we take that fight."

When and where the fight would take place remained unclear.

Higgins, though, said it would probably be May at the earliest for them, with a trip to the UK the likely scenario.

For his part, Parker said he was keen to get back in the ring as soon as possible.

"When you have time out of the ring, as a fighter you can do all the training and sparing and everything else but the fights are the most important part."

But he also gave plenty of credit to Fa and his coaching team.

"Now you know why these guys have fought four times [as amateurs] for two wins and two losses each. They're pretty competitive.

"We said we thought we'd get to see the best Junior Fa, but no-one has ever seen this Junior Fa before.

"This is by far his best ever performance. By a country mile."

While the result brought about Fa's first loss in 20 professional fights, he was certainly upbeat about a number of aspects of his performance. 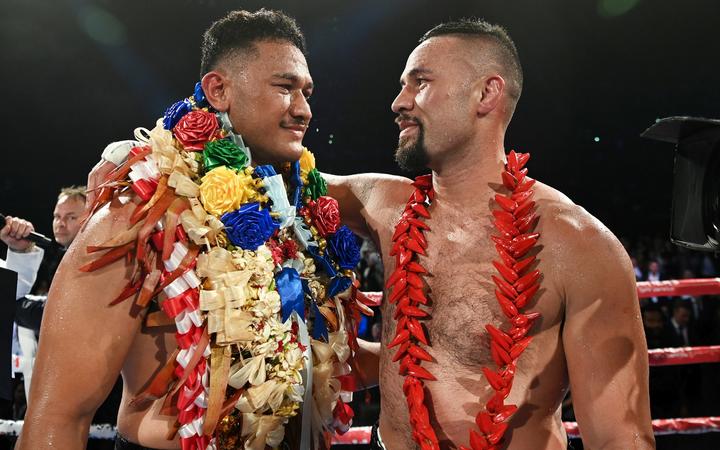 Junior Fa and Joseph Parker after the fight. Photo: PHOTOSPORT

The 31-year-old said although there was disappointment to lose, he felt he had proved plenty about his potential.

"I have made myself known to the world. I exposed Joseph. I felt great.

"I felt great going in there, felt great walking in. So close to winning it, but it is what it is."

In the end, Fa's coaching team believed there was little between the two fighters.

One of those coaches, Eugene Bareman said they accept Fa was beaten by a better man on the night, but felt Parker's superior experience in big bouts proved the difference.

"The big nice clean shots, they were very even. I probably had Junior up on those.

"It was the work that Joseph did in between that isn't necessarily effective in terms of hurting Junior but what it is effective in doing is separating the two.

"If the judges have to differentiate the fighters, that's what they look for."