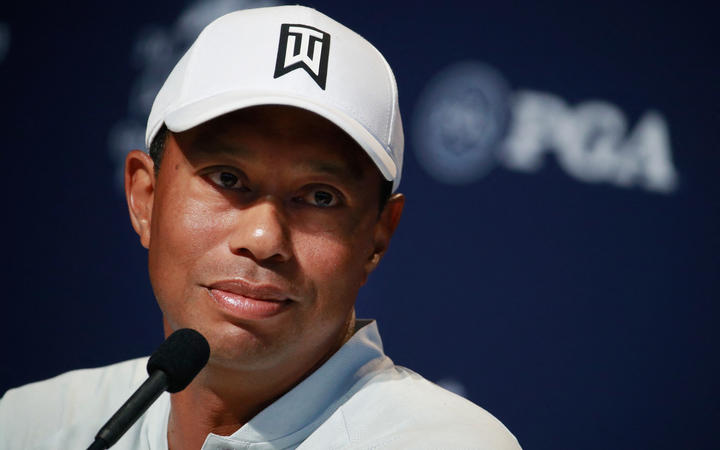 US golfer Tiger woods was hospitalised on Wednesday (NZ time) after his car veered off a road and rolled down a steep hillside. Photo: AFP

Whether he ever picks a club up in anger again is neither here nor there. What's important is that he's able to recover from the serious car crash he suffered this week and able to live without being a force of golfing nature.

Woods, by any measure, is an all-time great in his sport. He's also made himself and his fellow professionals hugely rich.

Golfers made a good living prior to Woods' emergence on the professional scene in 1996, but these days private jets have replaced cars as the players' primary mode of transport.

Worldwide, the game's appeal to recreational players also owes much to Woods.

But that doesn't make him a particularly likeable character. Warmth is not the first word Woods' name conjures up.

People respect Woods and players, particularly, are grateful to him, but he's never been the life and soul of the locker room. Never been famed for his rapport with fans or tournament volunteers.

Woods has always been about the business of winning and not a lot's been allowed to get in the way of that.

Is that how it should be? Are the record books all that matter? To what extent - if any - is the personal appeal of the athlete relevant as well?

In head-to-head clashes with Federer and Nadal, Djokovic has a winning record and you imagine it won't be long until he has more Grand Slam titles too. But will anyone ever regard him as a better player than, say, Federer? And if not, why not?

Djokovic spoke on Sunday night, after winning his ninth Australian Open, about how hard it is to be him. About how people misconstrue his words and deeds and how wounded he is by criticism.

Did those comments endear him to anyone? Not particularly.

And then there's former All Black Daniel Carter.

He also chose Sunday as the day to get a few things out in the media. In his case it was the "news" that he was retiring from rugby.

Never mind that it's all been a farewell tour from the moment he stopped playing test footy in 2015, Carter doesn't miss too many opportunities to put himself in the public eye.

His "announcement" prompted the usual waffle about where he ranks among the finest first five-eighths' and if we'd ever see his like again. Just as we'd all wondered way back in 2015.

But the thing with Carter is that the public love him.

I'm not aware of him having said a single interesting thing ever and yet his every word and deed is reported as if it were news. The same goes for his longtime team-mate Richie McCaw.

These are beloved characters whose decency only enhances their greatness.

People say we love to chop tall poppies down, well it's hard to remember Carter or McCaw ever being cut off at the knees. They have sold themselves as humble, unaffected country boys and everyone has bought it.

Likeability counts when it comes to our sports stars.

You don't read or hear any criticism of him because, again, he's just so unassuming.

Previous New Zealand batsmen of his ilk, though, such as Glenn Turner and Martin Crowe, did fall foul of people occasionally because they could be opinionated and difficult.

This is what makes Woods so intriguing.

Equally, though, it's okay not to be praying for Tiger Woods right now. To admire his many achievements on one hand, but also have misgivings about his off-course behaviour and the way he's treated people.

To wonder if the end always justifies the means.

He just needs to find a way to enjoy life without being the best golfer in the world.