A near-century from Devon Conway and an inspired New Zealand bowling effort combined to give the Black Caps a 53-run win over Australia in the first Twenty20 international at Hagley Oval in Christchurch. 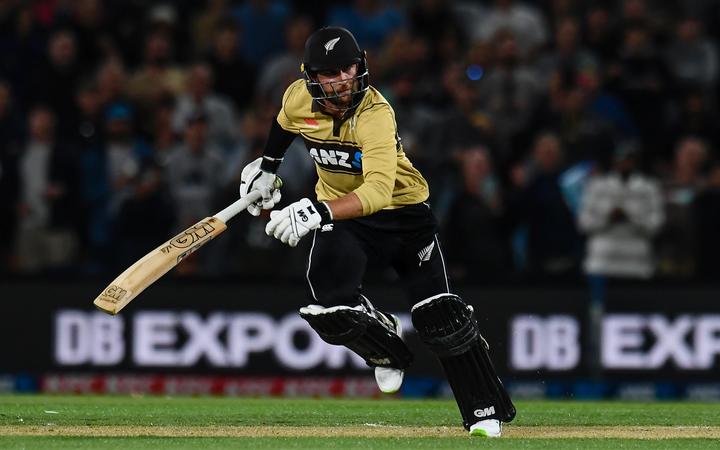 Conway anchored the New Zealand innings with an unbeaten 99 - the 29-year-old's highest international T20 score - as the Black Caps reached 184-5 after losing the toss.

In reply, the visitors lost wickets early and often. Tim Southee and Trent Boult swept their way through the top order, reducing Australia to 19-4 in the fifth over.

Mitchell Marsh and Marcus Stoinus provided some resistance but Ish Sodhi removed Stoinus late in the ninth over for the first of his four wickets.

Kyle Jamieson had danger man Marsh caught at backward point for 45, Australia going on to lost their last five wickets for just 33 runs, bowled out for 131 midway through the 18th over.

The early omens didn't look good for the New Zealanders.

Tim Seifert didn't last much longer, yorked by Jhye Richardson for one in the next over.

Skipper Kane Williamson disappeared for 12 at the end of the third over, Sams' second victim when he clipped a bottom edge through to wicketkeeper Matthew Wade.

Glenn Phillips and Conway constructed a 74-run stand off 50 balls for the fourth wicket to rebuild the innings before Phillips departed early in the 12th over on 30.

Jimmy Neesham added a quickfire 26 off 15, but it was Conway's calmness that underpinned the New Zealand total.

The second T20 is in Dunedin on Thursday.