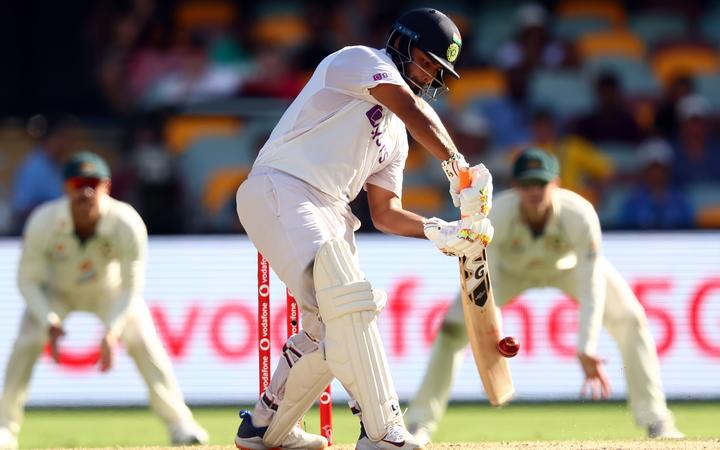 India's batsman Rishabh Pant plays a shot on day five of the fourth cricket Test match between Australia and India at The Gabba Photo: AFP

Wicketkeeper-batsman Pant swung for the fences in an extraordinary 89 in 138 balls as India galloped to a record 328-run chase at the Gabba, becoming the first team since the West Indies in 1988 to beat Australia at their Brisbane stronghold.

With regular captain Virat Kohli back home, and deploying an attack of raw recruits in Queensland, India mowed down 145 runs after tea to claim the win when Pant smashed Josh Hazlewood to the long-off fence for four with 18 balls to spare.

"This is one of the biggest moments of my life now, and I'm happy that all the support staff and all my team mates supported me even when I wasn't playing," lefthander Pant said after being named Man of the Match.

"It's been a dream series.

"It was a fifth-day pitch and the ball was turning a bit. I thought I have to be disciplined with my shot selection."

Pant's stellar innings was only one of a slew of heroic efforts by the Indian side, with opener Subman Gill (91) and a battered Cheteshwar Pujara (56) helping them mow down the total with defiant half-centuries.

India retained the Border-Gavaskar Trophy, two years after beating Australia in the 2018-19 series Down Under.

This victory, however, was a greater achievement by far as the previous series saw Australia deprived of top batsmen Steve Smith and David Warner due to a ball-tampering scandal.

The jubilant scenes at the Gabba were a far cry from the Adelaide opener when India were bowled out for 36 and suffered a thrashing in three days.

Yet they rallied superbly to win in Melbourne and held Australia to a brave draw in the third test in Sydney.

Australia battled hard to claim late wickets on day five in Brisbane but questions will be asked about Tim Paine's captaincy, with the home side proving incapable of bowling India out on the fifth day for a second successive test.

"We came here to win the test and the series, it's been a bit of a trend that we were found wanting in the key moments and completely outplayed by a tough Indian side that fully deserves the win." 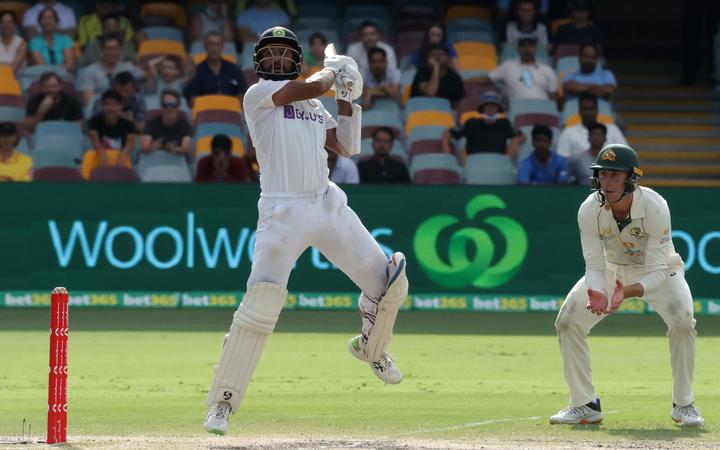 India's batsman Cheteshwar Pujara plays a shot on day five of the fourth cricket Test match between Australia and India at The Gabba. Photo: AFP

Australia paceman Pat Cummins was named Player of the Series in a losing cause after taking 21 wickets.

"Good hard day of test cricket today, I thought Rishabh and the whole Indian side played fantastically, took the game on and deserved the win," he said.

"I would have liked the cracks to play a few more tricks, but it was a pretty good wicket."