England's deputy chief medical officer (DCMO) has called on football players to behave responsibly and stop celebrating in close proximity to each other, citing the dangerous situation in the country with regard to Covid-19. 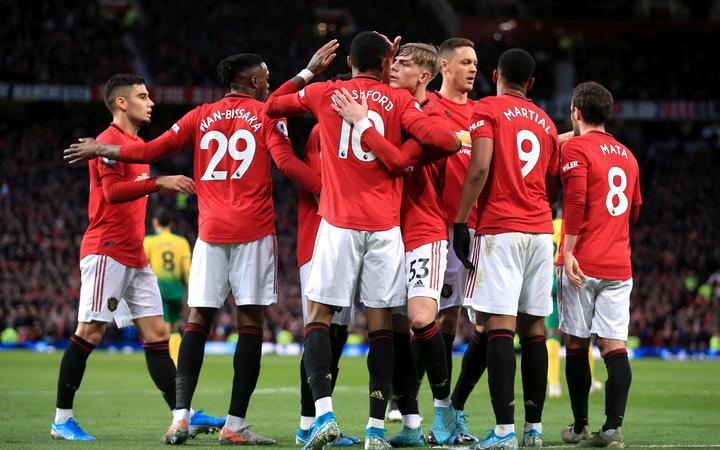 The issue of players flouting social distancing rules has been in the news this week after video emerged of teams celebrating in dressing rooms following last weekend's FA Cup third round matches.

The Professional Footballers' Association and Premier League have written to clubs and players asking them to follow social distancing guidelines as Britain continues to battle a fast-spreading new strain of the coronavirus.

"We are in a very dangerous place now," DCMO Jonathan Van-Tam told LBC Radio in response to a question on whether players should be hugging and kissing each other when they score a goal.

"We cannot relax until we have a substantially vaccinated population ... Every close human contact that is avoidable should be avoided because one in three of us will get the infection and have no symptoms at all - so on the football point, on the sporting point, I do agree with you."

Manchester City boss Pep Guardiola and his Arsenal counterpart Mikel Arteta are among those who have questioned if players will be able to follow the rules with regard to goal celebrations.

Sheffield United manager Chris Wilder also weighed in on the subject after his team beat Newcastle United on Tuesday to claim their first league win of the season and celebrated by hugging each other.

"We've talked before about the country looking at us but it is an emotional game on the pitch and on the touchline," Wilder said. "It's unnatural and unreal (not to celebrate). How can they not?"