The young New Zealand basketballer Charlisse Leger-Walker has hit a buzzer-beating shot to hand her US college team a historic win. 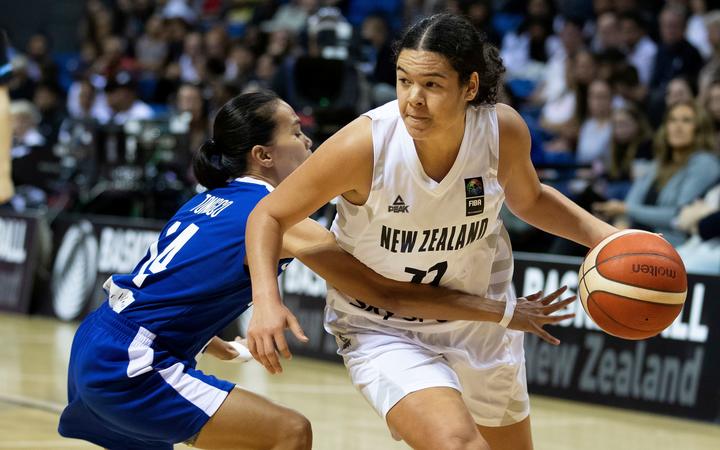 Charlisse Leger-Walker drives to the basket for the Tall Ferns. Photo: Photosport

The 19-year-old held her nerve to make a lay-up in the final second of overtime to give Washington State a 71-69 home victory over seventh-ranked Arizona.

The win was Washington State's first against a team with a top 10 national ranking since 2017.

Still a freshman, or first-year, student, Leger-Walker fnished with 17 points and five assists and also scored with two seconds left in regulation time to send the game into overtime.

One of golf's four majors has been moved from a course owned by US President Donald Trump. 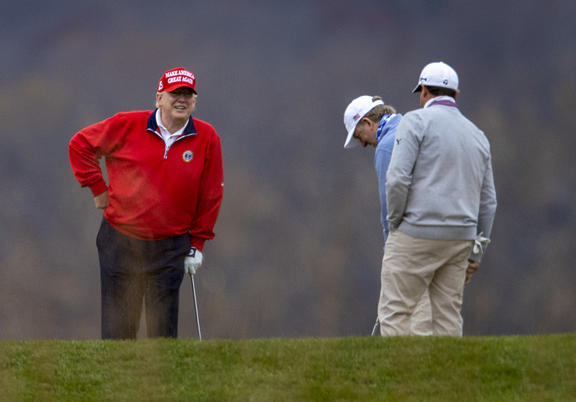 The PGA of America has confirmed the 2022 PGA Championship will be moved away from Trump National Golf Club in New Jersey.

"The PGA of America Board of Directors voted tonight to exercise the right to terminate the agreement to play the 2022 PGA Championship at Trump Bedminster," PGA of America President Jim Richerson tweeted.

In a video posted on the organisation's website, Richerson added that hosting the tournament at the course in New Jersey would tarnish the PGA of America's image.

"It has become clear that conducting the PGA Championship at Trump Bedminster would be detrimental to the PGA of America brand and would put at risk the PGA's ability to deliver our many programs and sustain the longevity of our mission."

The decision to move the men's major comes after the US President exhorted thousands of supporters to march on the Capitol on Thursday (NZ time) as Congress met to certify his defeat to Joe Biden, prompting chaos in which crowds breached the building and forced the evacuation of both chambers. 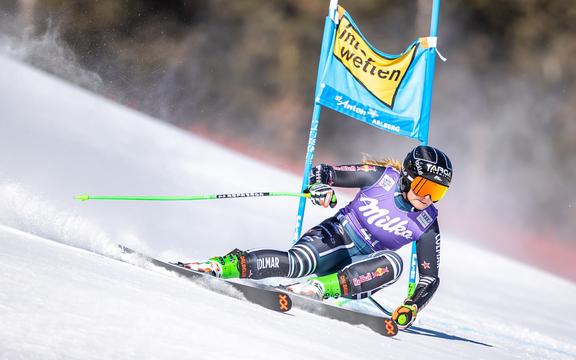 This is only Robinson's third ever World Cup Super G start and a disappointing result for the 19-year-old who missed the final gate, resulting in recording a disqualification as her result.

Robinson is known for her success in the more technical discipline of Giant Slalom, in which she has claimed three World Cup Podiums, including two victories, in the last two years.

Next up Robinson will be focusing on the World Cup Giant Slalom to be held in Kranjska Gora, Slovenia on the 16thand 17th of January, the venue and event in which Robinson took the win almost exactly a year ago.

After a tough start to her 2021 competition season, with a 12th place at the Sölden World Cup Giant Slalom (October 2020) her top result, she will be working hard to ensure she gets back on top of the podium at the venue where she has previously had so much success.

India in for fourth test

India have agreed to travel to Brisbane this week to play the fourth test, Cricket Australia chief executive Nick Hockley said on Monday, ending a week of uncertainty around the match.

Reports that the tourists were reluctant to travel to Queensland because of the level of quarantine they might have to endure had persisted throughout the week of the ongoing third test in Sydney. 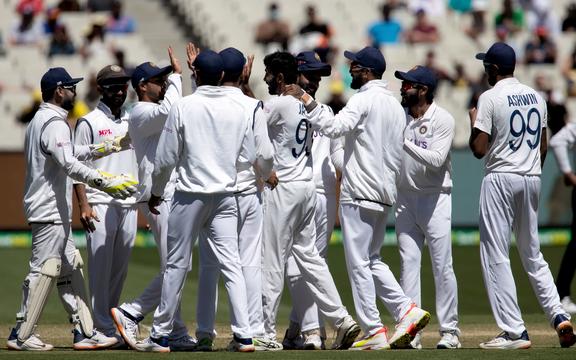 "The fourth test will be at the Gabba, as planned," Hockley told SEN Radio.

"I had a call last night from the BCCI secretary and he confirmed we are good to travel to Brisbane on Tuesday."

The Queensland government announced on Monday that the three-day lockdown of greater Brisbane imposed to contain an outbreak of a more contagious strain of Covid-19 would end at 6pm local time.

State Premier Annastacia Palaszczuk also announced that the crowd for the 42,000-capacity Gabba ground would be capped at 50 per cent for the final match of the India series, which starts on Friday.

Australia captain Tim Paine has been fined 15% of his match fee for showing dissent at the umpire's decision following a failed review during the third day of the third test against India in Sydney. 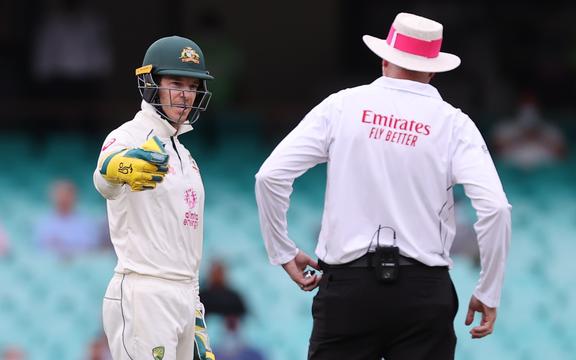 Paine was found to have breached article 2.8 of the International Cricket Council's Code of Conduct -- which relates to showing dissent during an international match -- and one demerit point was added to his disciplinary record.

The incident occurred in the 56th over of India's first innings on Saturday when Paine was confident Cheteshwar Pujara edged a Nathan Lyon delivery to Matthew Wade at short leg, but on-field umpire Paul Wilson ruled not out.

Paine reviewed the call but TV umpire Bruce Oxenford could not see any evidence on Snicko or HotSpot to suggest Pujara had hit the ball with his bat, and asked Wilson to stick with his call.

The decision did not go down well with Paine, with the stump mic picking up his expletive-laden rant about inconsistency in decision-making.

The Central Stags have beaten the Canterbury Kings by 18 runs in the first cricket match under lights at Hagley Oval in Christchurch. 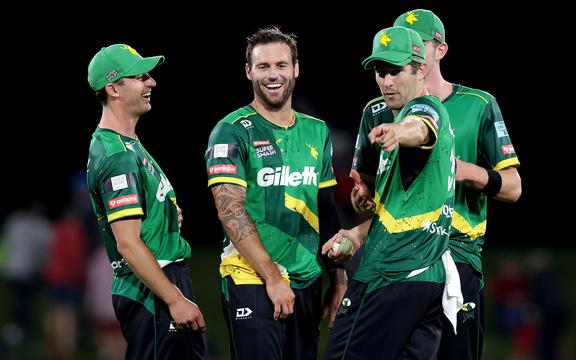 The Stags posted 186/5 after winning the toss and deciding to bat first in their Twenty20 game.

Will Young top scored with 68 (43 balls), while Doug Bracewell smashed an unbeaten 37 (16) with three fours and two sixes.

Bracewell then took three wickets from his four overs to help restrict the Kings to just 168.

The Stags are now level with the defending champion Wellington Firebirds at the top of the Twenty20 competition standings.

Earlier the Canterbury Magicians beat the Central Hinds by eight wickets, after restricting the Hinds to just 100 from their 20 overs.