The West Indies batsmen put up a brave fight on the fourth day of the first cricket Test in Hamilton, but have succumbed to the Black Caps by more than an innings and 134 runs. 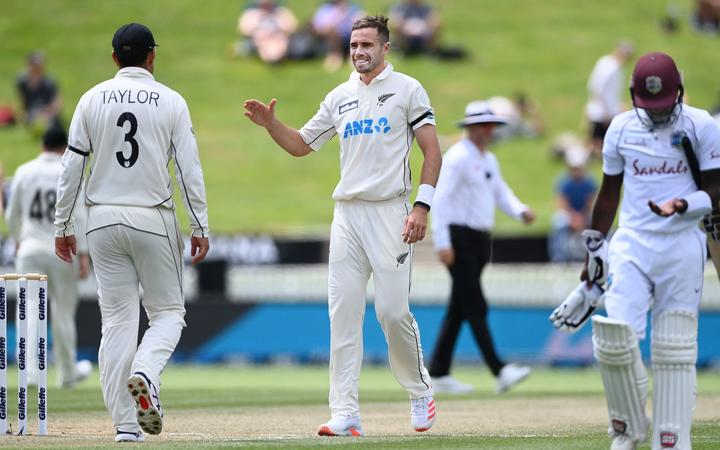 New Zealand took just over an hour to claim the final wickets, although West Indies batsman Jermaine Blackwood used that time to notch up a century.

The victory margin was the largest by New Zealand over West Indies, surpassing the innings and 105-run win at Wellington's Basin Reserve in 1999, and gives the hosts a 1-0 lead in the two-match series.

New Zealand had been cruising to victory inside three days, and were close to the rare feat of dismissing a side twice in one day, before Blackwood and Joseph came together at 89-6 and shared a 155-run partnership.

Blackwood completed his second test century on Sunday but fell for 104. Alzarri Joseph was caught in the deep for 86 and Neil Wagner finished off the innings at 247 when he bowled Shannon Gabriel for a duck.

See how the last phase of the game unfolded with live scoring: