New Zealand batsman Glenn Phillips says he had no idea he'd broken a record as he helped the Black Caps to a series-clinching T20 win over the West Indies at Mount Maunganui. 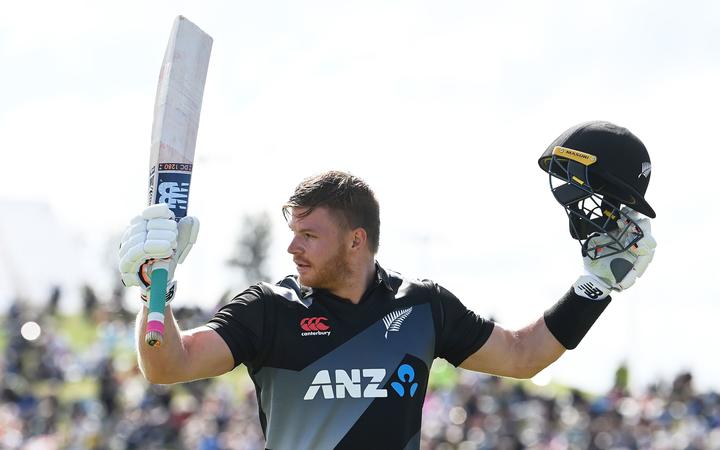 "No I didn't have any clue about that, I thought Munners (Colin Munro) was a long way ahead of anyone, but I guess those things come when you're not looking for them," Phillips said after his match defining knock in the second T20 international.

The middle-order batsman hit eight sixes and 10 fours in his 108 off 51 balls as the hosts posted a massive 238 for three in their 20 overs and then restricted the tourists to 166 for nine to post a 72-run win.

His maiden T20 century came off 46 balls, one better than Munro as he scored his century against West Indies at the same ground in 2018 for New Zealand's fastest hundred in the shortest format of the game.

None of the West Indies bowlers could make an impact, with fast bowler Keemo Paul returning the worst figures among them, conceding 64 off his four overs.

Phillips' 184-run partnership with Devon Conway was a world record for the third wicket in T20 internationals and the fourth highest for any wicket and he became just the fourth New Zealander to score a T20 century behind Brendon McCullum (two), Martin Guptill (two) and Colin Munro (three).

Conway made an unbeaten 65 off 37 deliveries.

But the day belonged to Phillips, who in his 13th T20 international, also produced a runout and took a spectacular catch on the boundary. 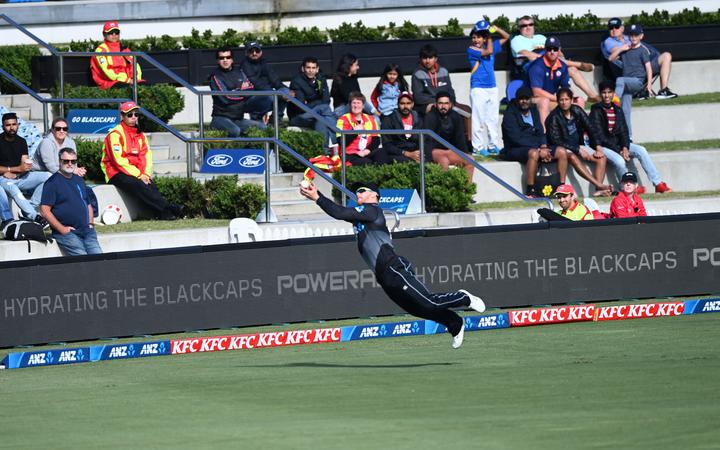 23 year old Phillips made his T20 debut for New Zealand in 2017 and became a regular for two years, his last game until this series was in November 2018.

"I started (playing for the Black Caps) well, but then what ever guys call it, I got the yips personally."

"I had to go back, work on things and take a step back to be able to move forward again and then I had the opportunities in the Caribbean (with the Jamaica Tallawahs in the CPL) and I slowly worked my confidence back into it."

"Being able to come out against these boys, people I know, has a massive part to play in it and to be able to produce the kind of freedom in my performance, was the biggest thing for me."

For the second straight game Phillips' knee popped out and in again while he was at the crease.

Phillips says the issue started while playing hockey and football at school and all he can do is strapped it and hope for the best.

"It's quite a funny one actually because in the moment it's a shock and it really hurts but it comes back and recovers just as quickly, the ligaments around the knee are a little bit weak now and hence the reason for the strapping, but ideally we don't want it going over, over and over." 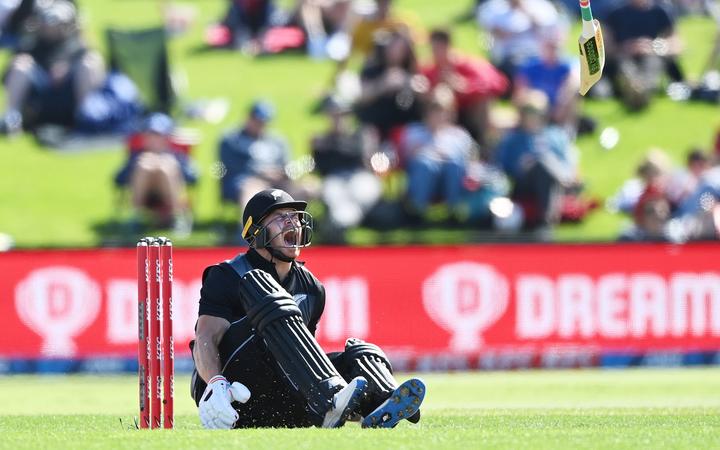 Phillips doesn't want to think his knock at Bay Oval will be the defining moment for him in his career.

"All I can do is when I'm given an opportunity, do the best that I possibly can for the team because if the team is winning then ultimately everyone is happy."

"If I can play a role in the team winning then that's the biggest thing for me and I'll take it one day at a time."

The Black Caps and West Indies meet in the third and final T20 international back at Bay Oval on Monday night.