The defending champion Auckland Hearts have slumped to a second heavy defeat to the Central Hinds to start the new women's one-day cricket competition. 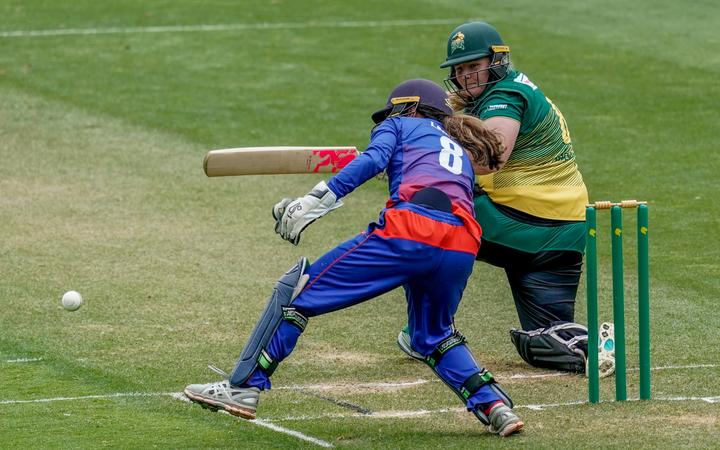 A day after being rolled for 49, the Hearts have today posted an improved 86 after being sent into bat by the Hinds.

Auckland's lower-order saved the Hearts from being dismissed for another sub-50 total.

Skye Bowden top scored with 27 and shared in a 45-run seventh wicket partnership with Roz McNeill, who chipped in with 18, after Auckland were 30-6.

Monique Rees was the pick of the Central bowlers with 3-15 from her four overs, with Claudia Green, Melissa Hansen and Georgia Atkinson taking two wickets each.

The Hinds chased down the total in just nine overs, with Jess Watkin smashing an unbeaten 68 from 33 deliveries.

The Canterbury Magicians and Northern Districts have also repeated their first round wins over the Otago Sparks and Wellington Blaze respectively.

Northern opener Brooke Halliday scored an unbeaten 101 in their run chase, after Jess McFadyen had struck 107 opening the batting for Wellington.