Opinion - You can't help but get swept up by the history in Buenos Aires. When I was there last year I walked across all 16 lanes of the Avienda 9 de Julio, named for the date of the country's independence from the Spanish Empire.

There are statues everywhere in the colossal capital, honouring the revolutionaries and founding fathers, peering down from their horses and brandishing swords. 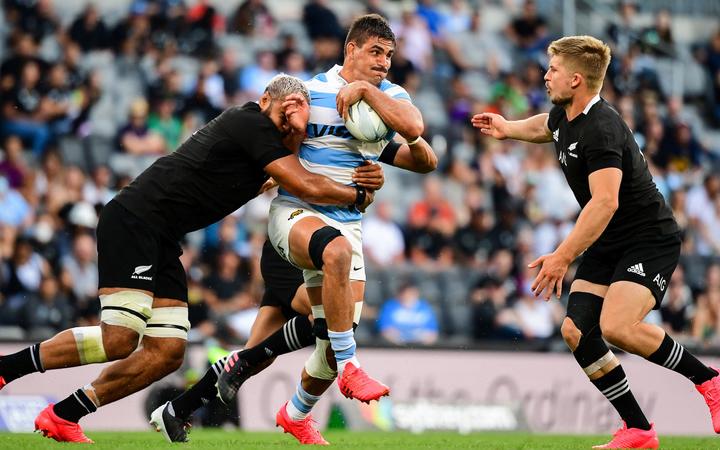 When I jumped in a cab and established that I wasn't English, I got a lesson from the driver different to the one I grew up with about Islas Malvinas - better known to us as the Falkland Islands. The cabbie, in his late 50s and maybe even a veteran of the 1982 conflict, was no outlier.

The Argentines are intense and extremely welcoming people who cling to the stories and legends that built their country.

Except for last night. Their national rugby team didn't give a flying f**k about their history of losing to the All Blacks, until the full-time whistle blew when they realised they'd just closed the book on it.

It came in the unlikely location of Bankwest Stadium in Parramatta.

Despite the healthy amount of New Zealanders residing in Sydney, only 9063 people made the trek to the inner-west, making it probably the smallest test crowd the All Blacks have played in front of in over a century.

Still, this was supposed to be a walkover. They were stinging after the shock loss to the Wallabies last weekend, and the Pumas were lined up to be the sacrificial slaughter victims.

The All Blacks hadn't lost two tests in a row since 2011, no one remembers that anyway because they won the World Cup only a short while later.

The team was strong, Richie Mo'unga was back at first five and Aaron Smith at halfback. There weren't going to be any red cards, not again.

Turns out there weren't even any yellows. Just a bunch of white flags instead of attacking ideas, and brain fades when it came to the laws. 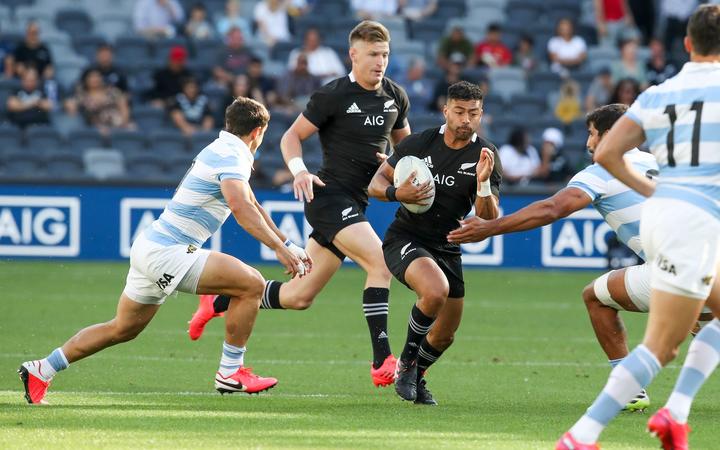 Nicolás Sánchez had a stunning game, but would normally have no right to line up seven penalty shots at goal. He nailed six and converted his own try, putting him fourth on the list of all time individual scorers against the All Blacks in a test. In a nice bit of symmetry, he now sits a few places above the immortal Hugo Porta, who kicked all 21 points in the Pumas' draw with the All Blacks in 1985 - before last night the closest they'd ever come to winning.

While Sánchez and his halfback Tomás Cubelli moved the team around the park like a couple of field marshals, their skipper Pablo Matera took it into his own hands to make this one of the worst days any All Black who found themselves in a ruck with him ever had. Matera was immense, typified by his brutal intimidation of referee Angus Gardner after an early dust-up, in which he informed the whistleblower: "I can see a guy hitting the face of one of my men. I'm playing for my country. That's not respect."

Gardner got the message and let Matera get on with his path of destruction, culminating in a crucial turnover late to ice the result. 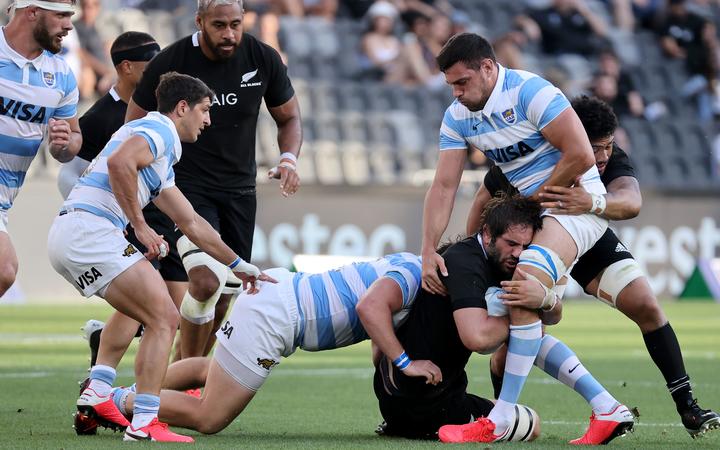 The less said about the All Blacks, the better. This would have to rank as one of the most pathetic performances in recent memory and the blame can be equally shared around. Sam Cane didn't have his usual standout game like when he salvaged something out of the Wellington draw.

Mo'unga and Smith added nothing, Ardie Savea was only notable because he wore a mouthguard for once, and Ian Foster deserves a serious questioning as to why he emptied his bench only to have guys who have barely had an hour of rugby between them in the last month taking the field. Even back in Wellington at NZ Rugby headquarters, there will be some serious soul-searching over the All Blacks' insistence to have the draw changed to suit their holiday plans. They've been made to look like fools lately by the Australians in the boardroom, now this tacked-on test match has turned into one of the biggest embarrassments in their history.

Last weekend the murmurs started about Foster's long term prospects in the role, now they've been cranked up to high volume. In the space of 12 hours Scott Robertson went from being essentially anointed as the next Wales coach (given their horrendous run of form of late) to now being lined up as Foster's imminent replacement. 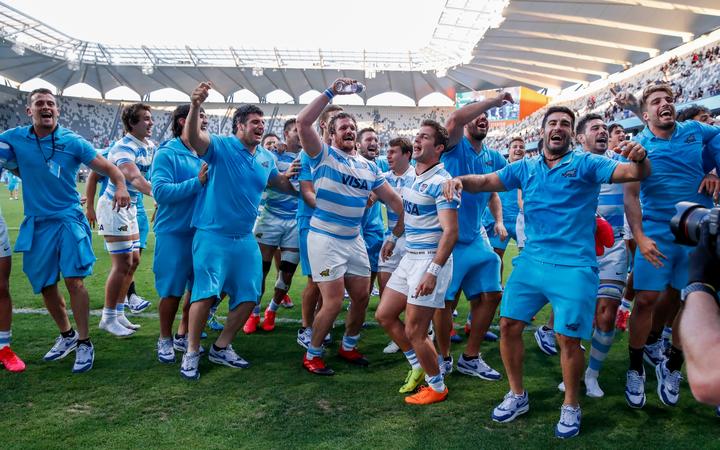 But this is about Los Pumas, representing a country devastated by Covid.

Matera the conqueror stood not only as a winner on the field, but also the leader of a team that refused to use any excuse for their situation.

It's incredibly telling that his team has already been away from home for almost six weeks, having to prepare for this moment despite not having any real match practice since March.

His parting words will go down in rugby history:

"Everything is hard in Argentina. At the moment it is one of the toughest times in our country. We wanted to show our people when you fight and work hard you get what you fight for."