Wallabies coach Dave Rennie has made four changes to their side for Sunday's second Bledisloe Cup test against the All Blacks. 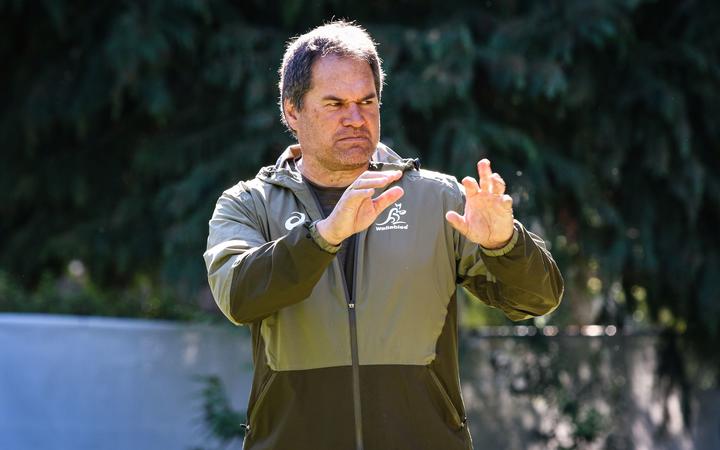 Hooker Brandon Paenga-Amosa and blindside flanker Ned Hanigan come straight into the starting side, with Queensland Reds duo Liam Wright and Jordan Petaia brought in as replacements for the match at Eden Park.

The test will be Paenga-Amosa's first against New Zealand, where he will pack down between 97-test veteran James Slipper and his club teammate Taniela Tupou.

Hanigan gets the No 6 jersey, meaning a shift to No 8 for last week's debutant Harry Wilson in place of Pete Samu, who has been dropped from the 23 altogether.

Wallabies coach Dave Rennie said their whole squad of 44 had been pushing for selection.

"We've had massive support from back home and as a team we definitely feel that and it's something we'll draw on on Sunday afternoon.

"We know that New Zealand will step it up another level this weekend, we're excited by the challenge ahead."