Rugby sevens star Ellia Green's code-switch has been short-lived but she hasn't ruled out returning to the Warriors in the future. 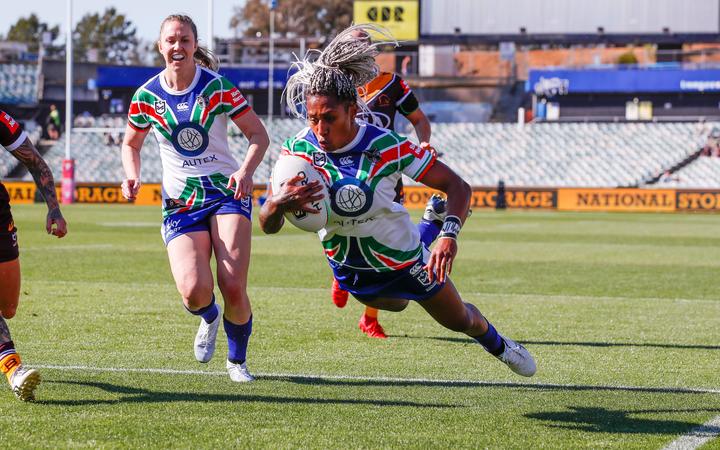 Rugby sevens player Ellia Green has transferred her skills to rugby league for the Warriors in 2020. Photo: PHOTOSPORT

Green's time in the NRLW Premiership comes to a close on Saturday when the Warriors wrap up their season against the St George Illawarra Dragons in Sydney.

The 27-year-old prepares to leave the code a little bruised and a little stronger.

In March, World Rugby postponed all remaining World Rugby Sevens Series events for 2020 meaning Green and the rest of the Australian team were suddenly sidelined.

Without any rugby to be played, Green switched to rugby league and pursued a place on an NRLW team.

The Sydney-based Olympian turned down the champion Brisbane Broncos and chose the Warriors.

NRLW players are semi-professional but Green has been impressed by the professionalism - and hard hits - that she has experienced during her time in the competition. 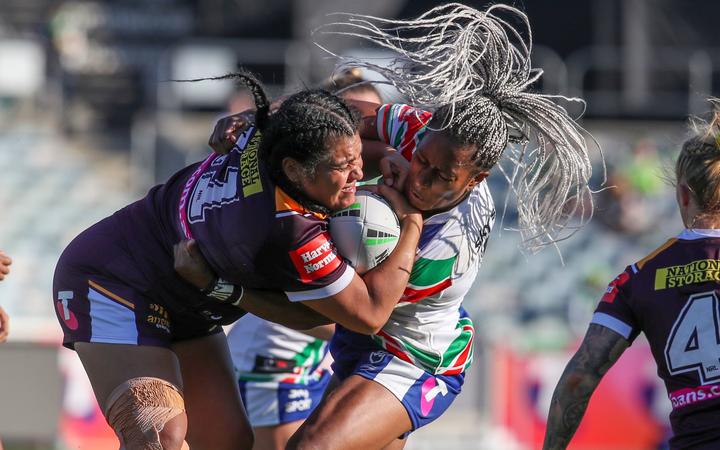 Her body is "sore as" after two rounds of the Premiership and she was still feeling it a couple days after the Warriors' latest loss against the Roosters.

The physicality is something she is not used to in sevens.

"Definitely copped a few big hits from the Roosters last week and I think that the contact is so impressive, even in our internal games that we played before we kicked off the NRLW campaign, first thing I noticed was the collisions were massive," Green said.

"One of the things I love about league is the collisions and intensity of it."

Green will go back to sevens next month but she is still eyeing a potential rugby league Origin appearance.

"It is definitely something I've thought about, I don't know if it will be on the cards for me in terms of balancing it with sevens, but it is definitely on my bucket list so I'm hoping I do get an opportunity to play Origin."

Green would also "definitely" consider another go with the Warriors.

However, this week Green extended her deal with Rugby Australia and committed to defending Australia's sevens gold medal at next year's Olympic Games in Tokyo. 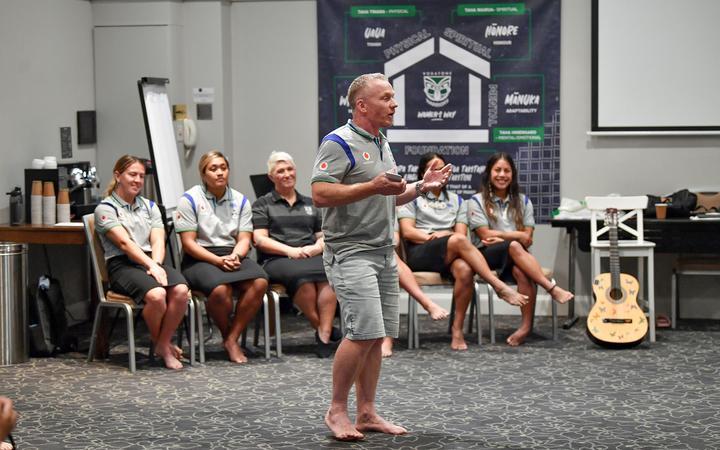 Warriors coach Brad Donald planned on taking the team to the Grand Final in his first NRLW coaching appointment, but they did not win either game played so far and missed out on progressing to their first final.

"I genuinely believe that this team could have performed better, unfortunately we just didn't have the experience." Donald said.

"The way that we do things is probably not how they've been done in the past and some of that will be good and some of it will be bad, just the fact that we have been able to cross-pollinate between what we do here in Australia and even the way we play so I think it will leave the club in good stead."

Green shared Donald's disappointment in how the season had turned out.

"To put things in perspective we really have only come together in a two week period, a lot of us only met each other for the first time," Green said.

"It was a pretty big show to pull off, in the space of two weeks.

"I was absolutely devastated after our last game against the Roosters, mostly for the families that have been left behind in New Zealand and even inter-state in Australia, I actually just really felt for my teammates that are missing home so much that we couldn't of got the win for them in the first or second round so I am hoping we can give them something to take back home with a win [on Saturday]." 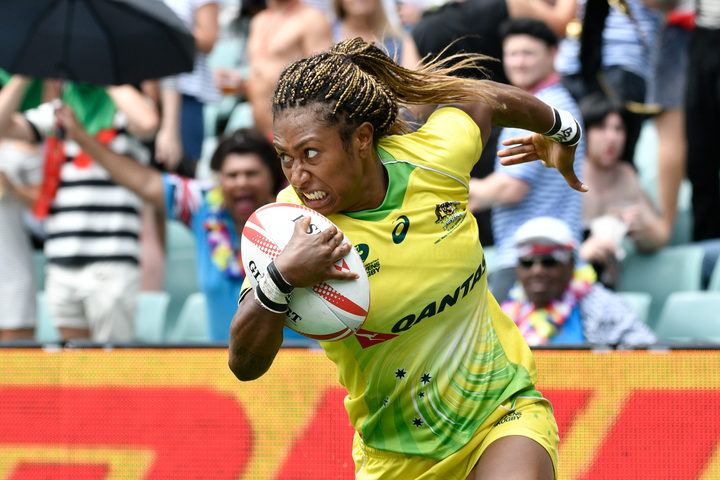 Ellia Green playing for sevens for Australia in 2018. Photo: photosport

What Green has taken away from her foray into league is a new appreciation for close contact as well as new friendships in a different code.

"One thing I have definitely learnt in league is keeping my body as strong as possible when carrying and trying to gain metres is something that we work on in sevens but in league it is pretty intense going into big collisions with so many bodies.

The bonds Green has made with the Warriors side, that had five New Zealand-based players alongside Australian and Fijian internationals as well as some Australian-based rookies, is something she will "treasure forever".

"I've never had such a quick connection with a team before in terms of the bond we have ... and that side of the sport is so important to me.

"The overall vibe in the group has been great, we've been getting to know each other better in terms of cultural differences also similarities and we're bonding on another level."

Australian women's sevens head coach John Manenti has been an interested spectator while some of his squad have been playing league.

"I have not been at all surprised to see how they have performed in NRLW and they have continued to set the standard in that competition. It is a testament to the quality of our program in producing world class elite footballers," Manenti said.