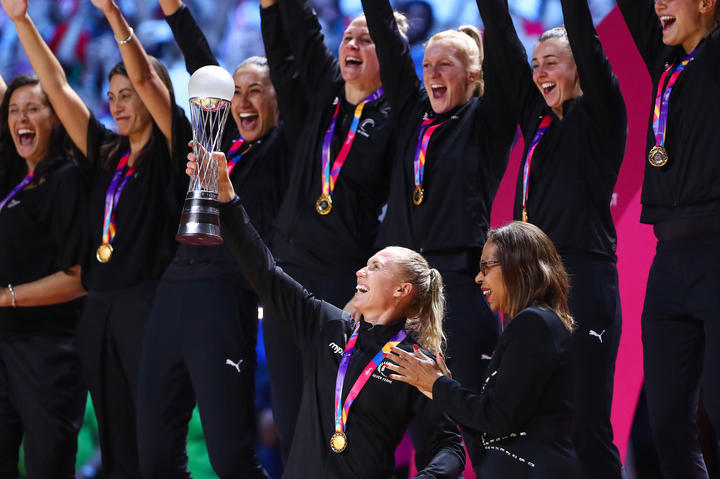 The first test on Wednesday 28 October will be the first netball test globally since January in the wake of the global pandemic.

England, who is ranked third in the world, will arrive in New Zealand in early October and go immediately into quarantine.

Like rugby and cricket, the netballers will be able to train in their bubble after three days dependent on a negative Covid-19 test.

"A few months ago we were saying if there is no test match netball and no ANZ Premiership netball we've got a big problem both financially and for getting a calendar for the Silver Ferns... so its fantastic for women's sport to have this opportunity," said Netball New Zealand chief executive Jennie Wyllie. 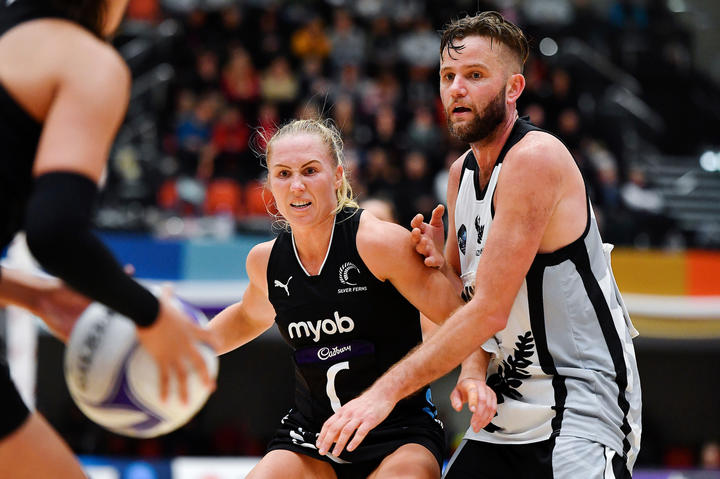 The Silver Ferns played against the NZ men's team last year in the lead up to the World Cup. Photo: Marc Shannon / Photosport

The Silver Ferns will have a distinct advantage preparation wise with the domestic ANZ permiership having gone ahead albeit in a revised format.

England however has not had any domestic and will bring a large squad with them to help them prepare.

"What's really important for the netball landscape is the last time any test match netball was played was in January and that's really significant....as no team wants to lose momentum as we build into the Commonwealth Games (Birmingham 2022) and the World Cup."

Silver Ferns coach Dame Noeline Taurua said she was looking forward to preparing her side for the series.

"Credit must be given to both respective netball countries for working together to make this happen. I know it hasn't been an easy season for the English but this series truly marks the start of the next four-year cycle for both countries towards the next Netball World Cup," Taurua said.