Latest - The Broncos will claim the NRL's wooden spoon for the first time in the club's history after being beaten 32-16 by the Cowboys in Brisbane. 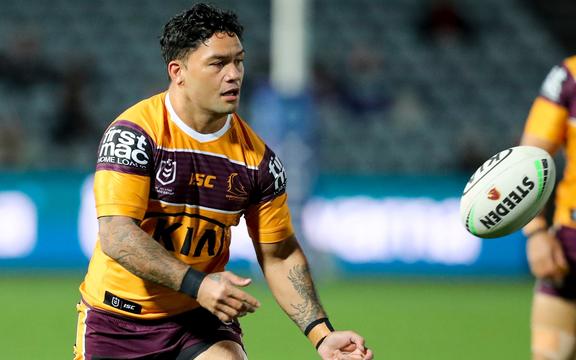 The six-time champions season of woe is now over, with the defeat extending Brisbane's club record losing streak to 11 games.

"This game doesn't change things for me," the 33-year-old Boyd said."

"The spoon is terrible but to play for Brisbane was a dream - I am grateful for the chance.

"It has been a challenging season for a number of reasons but... it's been a great ride."

New Zealand's Georgia Williams has finished 12th in the time trial on the first day of racing at the Road Cycling World Championships in Italy.

The 27-year-old Aucklander Williams, who rides for the Mitchelton-Scott World Tour team, all-but matched her previous best of 11th two years ago in Austria.

It was 22-year-old Harvey's first time racing as an elite at the World Championships.

In the face of the coronavirus pandemic, the championships have been hastily re-arranged for Imola near Bologna after the original hosts in Switzerland were unable to stage the event under Covid regulations.

Welsh rugby union referee Nigel Owens will be the first to officiate in a century of tests after World Rugby confirmed he would take charge of the Nations Cup clash between France and Italy in November.

Owens is the longest serving member of World Rugby's elite international panel, notably taking charge of the 2015 World Cup final between the victorious All Blacks and the Wallabies as well as several European Champions Cup finals.

The 49-year-old, who has been a referee for 17 years, cut his teeth in international rugby on the Sevens circuit in 2002, before taking charge of his first 15-man test a year later when Portugal took on Georgia in a second-tier game.

The Court of Arbitration for Sport (CAS) on Thursday overturned life bans handed to Russian biathletes Olga Vilukhina, Yana Romanova and Olga Zaytseva, who were stripped of their medals for doping violations at the 2014 Sochi Olympics.

The trio won silver in the 4x6 kilometre relay biathlon before they were disqualified and their result annulled in 2017 following an investigation into widespread doping and tampering with samples of Russian athletes during the Sochi Games.

Vilukhina was also stripped of the silver she won in the 7.5 km sprint. The trio challenged the ruling after being implicated in the state-backed doping programme which led to many Russian athletes being banned by the International Olympic Committee.

CAS said the case against Vilukhina and Romanova amounted to nothing more than the "suspicion of a potential anti-doping rule violation (ADRV)".

In Zaytseva's case, CAS ruled that she had committed a doping violation but her ban should only be applied for the next edition of the Olympics -- the 2018 Pyeongchang Games -- instead of a life ban from all future Olympic Games.