Argentina coach Mario Ledesma is confident his COVID-19 ravaged side will recover in time for the Rugby Championship in Australia although they were likely to be rusty as they return to international rugby.

More than a dozen players and staff, including Ledesma, tested positive for coronavirus over the last few weeks as the Pumas assembled to prepare for the tournament starting in November.

Ledesma, however, said almost all had been asymptomatic and the testing regime in place meant he was sure they would travel to Australia next month. 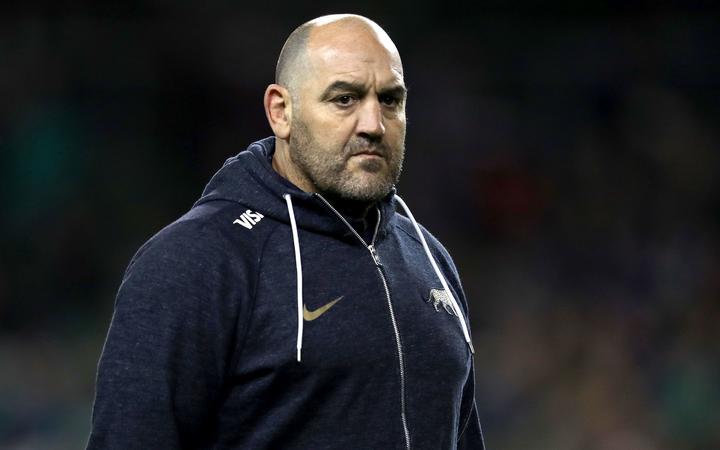 "The margin of getting a positive is really minor. I'll be confident enough to say that we won't get any positive cases."

The former Pumas hooker added while his side had been able to train, many had not played since March and that would impact on their performances in the championship, which includes matches against South Africa, New Zealand and Australia.

"We'll definitely be rusty," he said.

"We'll be going through that transition throughout the Rugby Championship. We can assure that we'll be fit and mentally ready. The rugby will come."

Ledesma also said the Championship would provide some respite for the players, who have been locked down for four months while the Argentine government grapples with the pandemic.

"They've been struggling through the lockdown," Ledesma said. "We need our guys to play footy, not only for the rugby in Argentina but for themselves.

"The Rugby Championship will be good for their mental health."