New Zealand cyclist Mikayla Harvey is frustrated about there being no prospect for her competing at next year's Olympics. 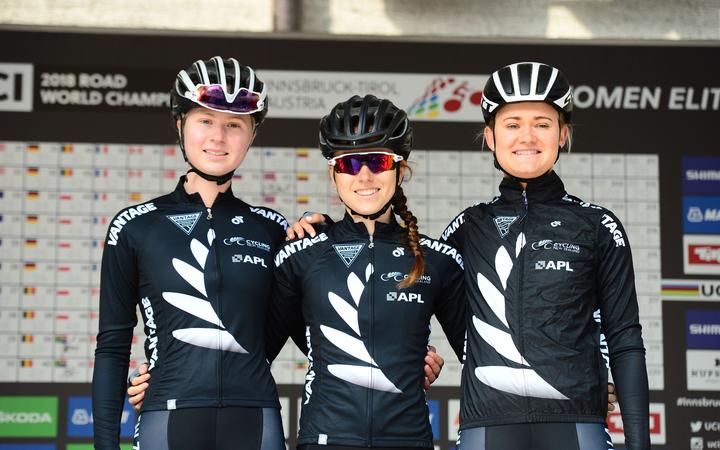 Harvey has just recorded one of New Zealand's best ever results in road cycling and would have liked to have taken that success into the 2021 Olympics in Tokyo.

The 22 year old from Wanaka finished fifth in last week's Tour of Italy, the Giro Rosa, the biggest event on the women's pro circuit.

She also claimed the white jersey for the best young rider, finished on the podium in one of the stages and helped her Swiss team Equipe Paule Ka to second in the teams classification.

The selection criteria for the Olympics was set in 2019 and New Zealand didn't gain enough rankings points to qualify any spots for the women's road events.

Harvey is now in Imola preparing for this week's Road World Championships, wondering what could have been for 2021.

"Unfortunately the selection was made last year and we didn't get enough points to be able to get a spot for the Games which is really upsetting, but I guess it is what it is."

"It's hard because it would have been a major opportunity to go next year, I'm really gutted that I won't have the opportunity to actually represent New Zealand, wear the silver fern and go to the Olympics, so that's quite upsetting."

"I'll just have to focus for the next Olympics."

"It's super exciting just to know that I'm able to be there with the top girls and racing against them is a really nice feeling to know that I am capable of being a top cyclist."

"I'm pretty tired to be honest, during the whole tour you don't even have time to think about being tired you just get into this really nice routine of waking up, eating, racing and recovering."

"When it's finished I was like wow, I'm super tired now and the last few days have been really focussed on recovery and just letting the body repair and get back to normal."

However she feels competing in a tour just a week before the world champs, could help in Imola.

Harvey is also excited about competing in the road race with fellow New Zealanders Georgia Williams and Niamh Fisher-Black.

"The course looks quite challenging with a couple of punchy climbs per lap."

"It's hard for New Zealand to go up against the big nations, but it does allow us to go under the radar and none of the other teams will be looking at us to control the race so it gives us the opportunity to go on breaks and hide a bit more in the peleton."

New Zealand has seven riders at the world championships... Harvey and Williams will compete in the women's time trial and will be joined by Fisher-Black in the road race.

Because of Covid the event has been restricted to just elite riders.