Latest - New Zealand driver Scott McLaughlin has cruised to his 11th win of the Supercars season. 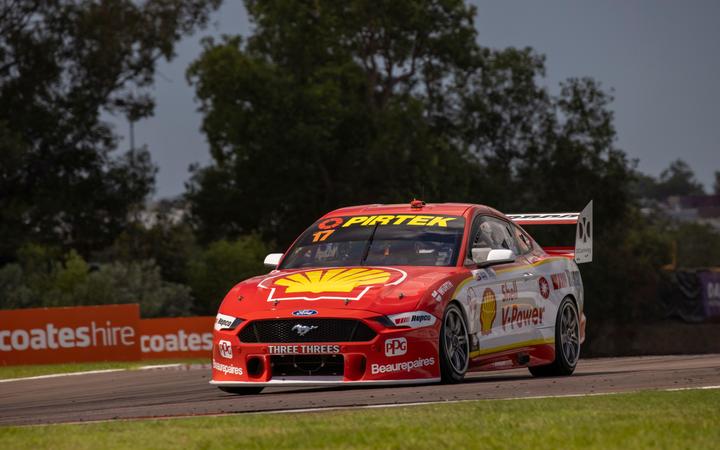 McLaughlin has dominated race three of this weekend's event a The Bend in South Australia, after starting from pole position.

McLaughlin's now 215 points ahead of Whincup in the series standings, with just two rounds remaining.

The drivers will return to The Bend next weekend for three more sprint races before the season finale at Bathurst next month.

Fabian Coulthard, one of only two other New Zealanders in the field, has finished fourth. 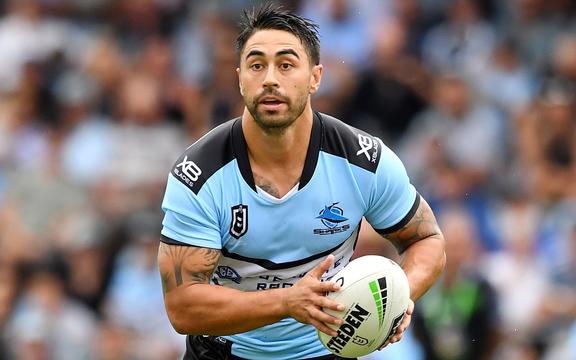 Shaun Johnson should be fit to play against the Warriors. Photo: Photosport

The playmaker was helped from the field early in the second half at the SCG.

The Sharks have just one game left before the playoffs and are devastated to lose Johnson for their finals push, with the halfback leading the league with 22 try-assists this season.

"He's clearly disappointed, he feels his season's over. You know when you've ruptured an Achilles," said Sharks coach John Morris.

"He said he felt that straight away.

"He's OK within himself, he's obviously very disappointed but I'm not sure until we get the scans and get it all confirmed."

Manchester United's Premier League season got underway with a shock 3-1 defeat by Crystal Palace as Wilfried Zaha grabbed a late double for the visitors in the Premier League although VAR was once again the centre of attention.

United looked off the pace early on as Andros Townsend put Palace in front after seven minutes, with the home side's campaign starting a week later than initially scheduled due to last season's Europa League commitments running into mid-August.

Paul Pogba and Scott McTominay went close as United chased an equaliser but the hosts could have gone in two goals behind at halftime, with only a brilliant David De Gea save keeping a goal-bound Jordan Ayew strike out.

United brought Mason Greenwood on at halftime but their task was made more difficult when the VAR decided that referee Martin Atkinson should consult the pitch-side monitor and he awarded Palace a penalty for handball against Victor Lindelof.

Ayew stepped up to take the spot kick but De Gea made a fantastic save. The VAR drama was not done there, however, with Atkinson informed that De Gea had come off his line and the penalty was retaken, with Zaha converting this time.

New signing Donny van de Beek came off the bench to get the home side back in the contest with a goal on his debut, but former United forward Zaha had the last laugh as he made sure of a deserved win for Palace with a fine finish late on.

Djokovic overcomes Koepfer to set up Ruud semi-final in Rome

Novak Djokovic survived a mid-match wobble against Dominik Koepfer before securing a 6-3 4-6 6-3 win over the unseeded German and a semi-final spot at the Italian Open.

The top-ranked Serb had breezed through the previous two rounds, his first matches since being defaulted at the U.S. Open for hitting a line judge with a ball, but faced a potentially tricky test when Koepfer levelled the contest at one set apiece.

However, Djokovic regained his focus to close out the victory and stay on course for his 36th ATP Masters 1000 crown.

He takes on Casper Ruud for a place in the final after the Norwegian battled past fourth seed and local hope Matteo Berrettini 4-6 6-3 7-6(5) in their last-eight clash.

Team mate and reigning champion Ott Tanak retired after going off with steering failure in the morning's opening stage, but will rejoin on Sunday.

Belgian Neuville meanwhile won three of the six stages to end the day with a 33.2 second advantage over Frenchman Sebastien Loeb.

Nine-time world champion Loeb, 46, had on Friday become the oldest driver to lead a world championship rally and won Saturday's closing stage after getting his tyre choice wrong for the morning loop.

The Frenchman ended the second leg level with Toyota's championship leader and compatriot Sebastien Ogier, who had been slowed earlier by a puncture and hydraulic problem, but ahead on a tie-break.

Monday is a long final day with four stages totalling 88.86km and ending in the Marmaris Wolf Power Stage with bonus points for the fastest five.