In the second of a two-part series, Mind Games, sports reporter Bridget Tunnicliffe looks at how top sports men and women are using mind techniques.

Some of New Zealand's top sports men and women are investing in their well-being and mental strength by exercising their minds. 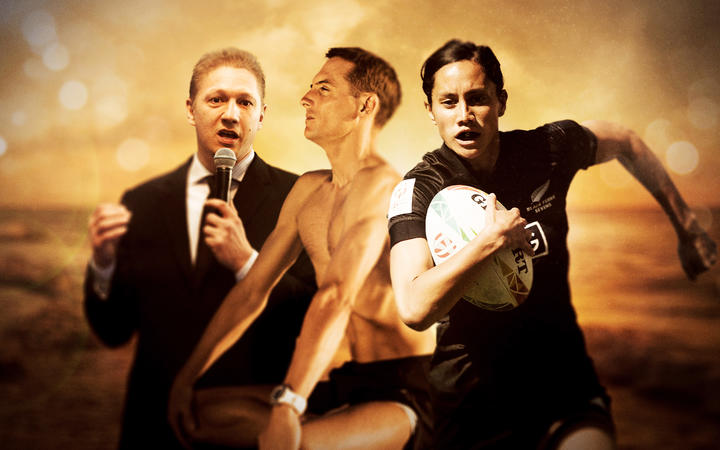 Former world kickboxing champion Mike Angove has been practicing a variety of mind techniques for close to 30 years.

He said it was born out of psychology and understanding that to achieve success you need to visualise success.

"Also understanding some of the elements of sort of programming the brain and programming the neural pathways and needing to do that in your head to visualise that in a realistic manner so that you can replicate that in the ring," Angove said.

It's more than just positive affirmations for Angove.

"By having a positive and assured viewpoint to what I'm doing and visualising that and vocalising that - it also encourages the behaviours that follow up to actualise that, if that makes sense." 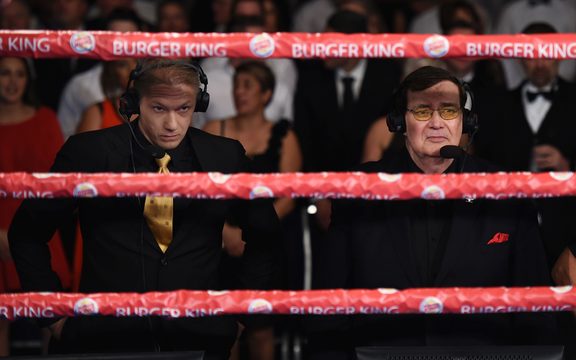 He's an early riser and he likes routine.

He said it takes a lot of discipline to put the time aside to quiet your mind.

"But it's the same discipline that you would take from being an athlete and putting it into what you're practicing."

Angove believes his meditation has had more of an impact now he understands it better as a coach.

"Having a greater belief in it. That has made more of a difference in being a better coach and being more relaxed around life and less anxious around things."

Angove said all his top fighters practice it in one way or another.

"There's no doubt that Israel [Adesanya] just by his very nature and positivity and I can tell you he visualises and he manifests and he speaks his truth and makes it happen.

"It's part of the martial arts ethos if you like so I guess what might be considered esoteric in the mainstream is actually relatively mainstream for us so for us it's an easy ask." 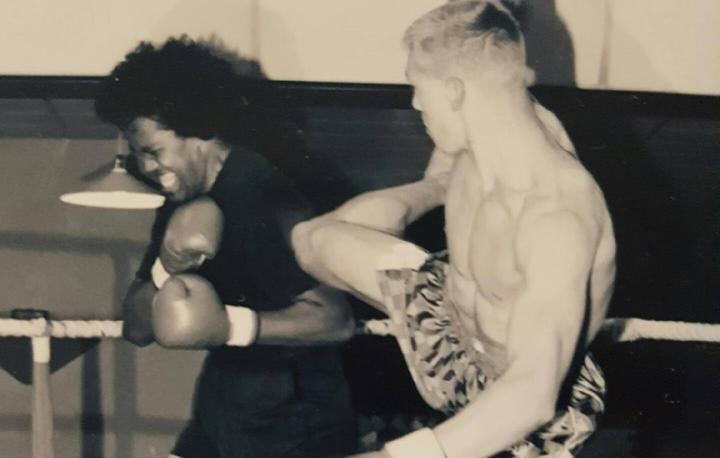 Despite nearing 50, and the years of wear and tear he's put on his body, he trains every day and yoga helps a lot with that.

"Without that and the meditation I would have a very very different life I would imagine. Without the discipline, without the ethos I think it would make a substantial difference."

He said in the ring fighters want to be alert yet relaxed.

"The Japanese have a state of mind they call zero which is you are neither acting nor reacting, you are just being and that kind of sounds a little bit airy fairy but it's very much being in the moment.

"For myself that was something that maybe only happened four or five times over the course of my career. For others like Israel, the supreme athletes whether it's Sachin Tendulkar with his cricket, whether it's Michael Phelps with his swimming, those kinds of athletes have the ability to do that day in day out."

As a world champion freediver William Trubridge does things to his body that most people wouldn't dare contemplate.

The New Zealander has set world record dives, holding his breath for more than four minutes underwater - descending 100m down.

His David Blaine like feats require him to be in a meditative state to distract himself from the physical stress he's putting his body under.

"In free diving being able to access that state quickly and efficiently is really important," Trubridge said.

"If you get panicky or agitated then you're just going to cream through your oxygen stores. So, contrasting that intense primordial drive for fresh air, with a deep state of relaxation is the main target of almost all my training exercises and it's a constant work in progress." 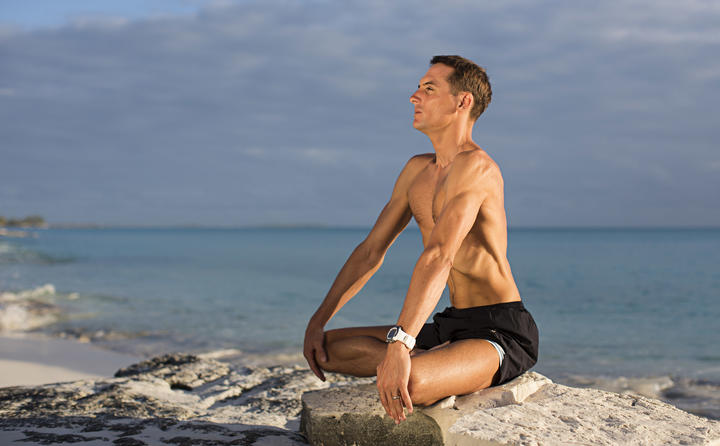 William Trubridge needs to get into a meditative state as a freediver. Photo: Photosport

"With a muscle you can kind of teach it what to do and it will remember that, with the brain it kind of gets bored of that method. You've got to kind of reinvent different ways to get the same result and keep it fresh otherwise it just gets stagnant and I guess the techniques have a shelf life."

Trubridge believes his practice has set himself up for having the same kind of approach in other areas of life and other difficulties.

"It gets easier to kind of accommodate those and to remain disaffected by them when we have this capacity just to detach from the sensations."

Trubridge, who took biological sciences at university, believes anyone can use similar mental techniques to reach their own goals.

"It's about programming the subconscious mind ...it can have a huge application in day to day life and in business in setting goals and objectives."

For Black Caps spinner Ajaz Patel, praying is what keeps him grounded.

He's not motivated to do it because he wants to be better at his sport, he does it because it's just part of his identity.

Patel moved to New Zealand from India when he was a child. He's believed to be the first Muslim to play for the Black Caps.

His religion is important to him, which means prayer is too. Patel gets up early, prays five times a day, and tries to be as diligent as he can.

"There's times where I do miss out sometimes and I try to make up for it later on."

Patel believes it helps him with his concentration and focus.

"One hundred percent, I suppose it takes you away from a lot of things that are happening around you, the pressures of daily life and really focusses on one aspect.

It's that perspective he gets from his religion that helps him deal with disappointment.

"I've always had this kind of mindset that as long as I work as hard as possible, leave no stone unturned and leave the rest up to God then whatever is destined to happen will happen.

"I think that helps with kind of putting uncontrollables aside and only focussing on what I can control. And some days it works out brilliantly, other days it doesn't and that's part and parcel I suppose with most things in life, but it certainly helps from a sporting perspective."

Black Sticks striker Rachel McCann started practicing meditation because she'd had a few injuries and found it hard to focus.

"My brain would always go off into the injury or maybe a bit of self-doubt and so I found mindfulness helped me train my mind to keep my attention where it needed to be," McCann said.

She's also had to deal with a lot of disappointment.

"The difficult part was missing out on the last Olympic selection, since then there's also been periods where I've been dropped, but it's definitely made me a better person and athlete I think from going through those hard times." 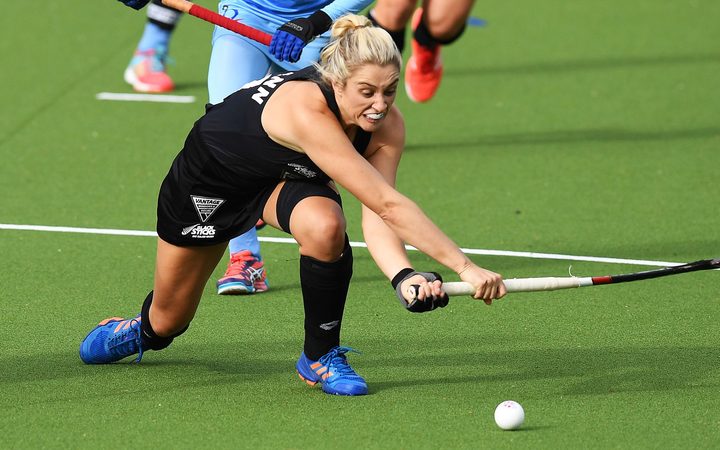 "I was at training and I'd had a little niggle in my quad and I wasn't really playing how I wanted to and I came off the turf and she went to me 'Rach, what are you having for dinner?' and I just broke down in tears, it wasn't about dinner.

"It was all too much mentally trying to perform at a high level and my body not quite doing what I wanted it to do."

After carpooling home Neal sent McCann a link to an App.

"On it there was this guy who had taught meditation and mindfulness to the Chicago Bulls throughout the 90s. He worked with Michael Jordan and Kobe Bryant and I was just like 'wow there's this tool that I didn't even know about but sporting legends were using'."

McCann dove deep into it and did a lot of reading.

"I started to find out that there's all these benefits, you know it changes your brain structure. For me it was the experience of doing it and seeing the benefits to my mental wellbeing but also my sports performance that really just got me hooked and convinced that it's a key tool that all athletes could be using."

Over the past five years McCann, who has a diploma in positive psychology, has experimented with different forms of meditation and said it's not called a 'practice' for nothing.

"The way that Brooke explained it to me is it's like a bicep curl for your brain. You're training your brain to be able to bring yourself back to the present moment, which is what you have to do all the time in sport.

"I found that in my sport when I make a mistake, I'm able to bring myself that quicker to the present moment than I was before."

McCann said if there's disappointment it still hurts just as much, but she believes she is able to gain perspective and move though it a little bit faster than she used to.

After two ACL surgeries in the same leg, and one shoulder reconstruction Black Ferns sevens player Shiray Kaka was over it.

"I didn't get re-contracted, lost my job, was injured, was sitting on the couch not knowing whether I wanted to give myself to a sport that I felt was just continuing to hurt me so yeah it was super super tough," Kaka said.

She thought she had nothing to lose when she went to see an energy healer in Tauranga a couple of years ago.

That led her to look into meditation and mindfulness and she did a lot of reading and completed a 10-week course in the space of three weeks.

"I jumped full head-first straight into like hour meditations every day."

It was extremely difficult.

"As soon as I sat down my mind would go crazy like 'you're not good enough, this isn't going to work, remember the last time you tried this'.

"But once you learn some techniques and the science behind it, when you go into the meditation you don't feel so clueless."

She noticed a change in herself.

"When I went out into my normal day to day life instead of being triggered by things that used to annoy me I would just notice it and wouldn't react." 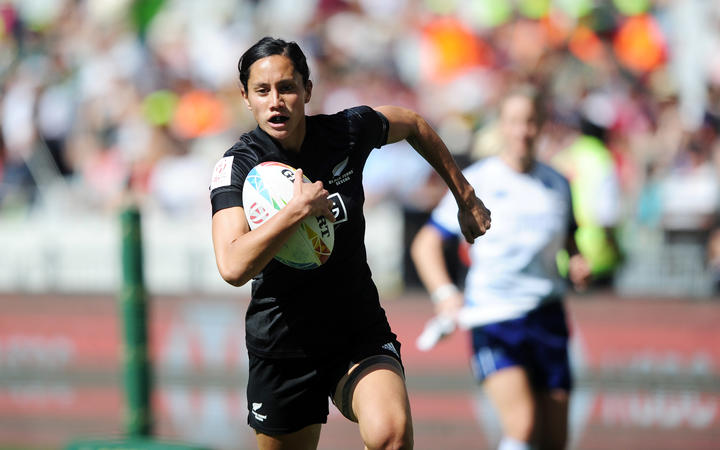 When Kaka got back into the Black Ferns sevens she kind of slacked off.

"I was like 'oh I've got what I need I don't need to do it anymore' so I had to kind of work back to doing it every day and it was five minutes, 10 minutes, and now I'm back to like 40 minutes a day. Some days it's 10 minutes and that's all I need."

The people around her have also noticed a change.

"When I got re-contracted and came back into the team they just said it was like a completely different person and they enjoy being around me.

"When I used to be around people the fun side of me the compliments and stuff never used to be genuine it was kind of like 'I'll give you a compliment so that you can like me back' instead of just purely saying it because I think it and actually feel that."

"I can be more calm in situations where lots of pressure moments are happening …and just let myself be free in the games."

She said meditation was very different for everyone and there's no wrong way to meditate.

"You taking time to yourself to just be with yourself is good enough so if you ever start meditating just don't be so hard on yourself when you do it."