All Blacks hooker Dane Coles is desperate to head to Australia play in the Rugby Championship but understands if some of his teammates might want to opt out. 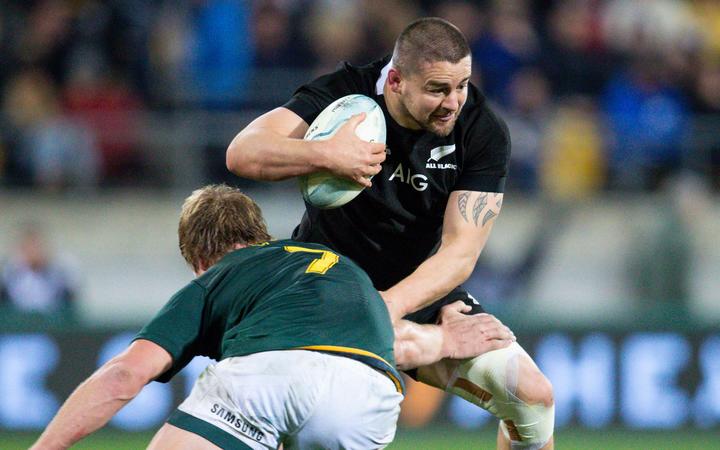 "Sign me up! I've got three kids - I'll be on that plane out of here," - Dane Coles. Photo: Photosport

The All Blacks are set to spend nine weeks in Australia from October, with several weeks in quarantine at either end of the trip.

That could lead to some players opting out of the trip given the amount of time it will mean they are away from their families and Coles said that is understandable.

But he will not be among them.

"Sign me up! I've got three kids - I'll be on that plane out of here," Coles jokingly said.

Coles said being home for Christmas made the decision to much easier.

"That was a niggly part... but as long as we are home before Christmas that would be awesome and we can have a good break over summer."

It remains to be seen though if the likes of teammates TJ Perenara, whose partner has just had a baby, and Beauden Barrett whose partner is expecting also sign up.

"You can understand their predicament... but it's personal thing and they will be talking to their families and their wives to make the best decision for themselves and all the boys will fully support those lad in whatever decision they make.

Coles believes the Warriors have provided the All Blacks with a blueprint of how to cope playing overseas amid the pandemic.

The Warriors had to move to New South Wales for the National Rugby League competition and Coles said "they put their hand up and simply got on with it".

"They stayed in their bubble and put protocols and systems in place. It just puts a bit more ownership on the players to buy into that and not doing anything stupid that's going to risk the rugby championship and your team."

Coles accepts the rugby championship is not a definite starter given several of the Argentinian players have contracted Covid-19 while the South Africans have not had any domestic rugby and may not be ready for international play.

"Right now we have got two weeks of guaranteed footy and that's awesome for New Zealand and Australia... and if that's it so be it, but if we get to play the rugby championship we'll get on with it and get stuck in."