The Breakers have unveiled their tallest import in the club's 17-year history, adding 7 foot American Colton Iverson to their roster for next season.

The 31 year old Iverson is 2.13 metres tall with the only other seven-footers to have previously played for the Breakers being Alex Pledger and Ben Pepper.

In 2013 Iverson was the 53rd overall pick in the NBA draft by the Indiana Pacers but was later traded to the Boston Celtics on draft night and played in the NBA summer league.

Iverson brings a wealth of European experience to the Australian NBL, having played in Spain, Turkey, Israel and Russia.

The South Dakota native was averaging 5.6 points and 4.6 rebounds in 37 EuroLeague games for Zenit Saint Petersburg last season, but head coach Dan Shamir said it's what Iverson does off the ball which makes him extremely valuable to the Breakers. 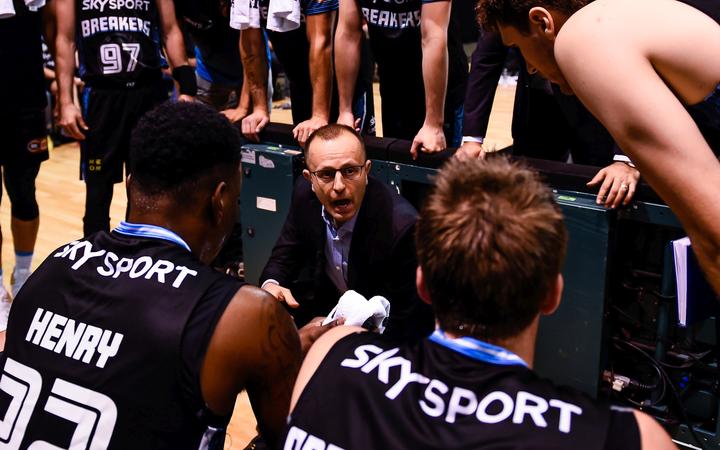 "The offensive screens that he sets, the separation he gets for these guys, and his ability to respond to every type of defence is going to make a significant difference on the court.

"The Breakers now have an established way of playing that Colton's familiar with having been part of similar systems in a few other teams during his career.

"Centre is a very critical position, it's a position that's changed a lot in the last few years, and we've picked up someone who I see is an outstanding player in the five-man role.

"Colton can pass, has the body and the skill to have a presence in the paint at both ends of the floor, and, therefore, I think he will be a great player for us."

Breakers Owner Matt Walsh says the delay to the start of the season has worked in the club's favour in signing quality players like Iverson.

After being statistically the best team in the NBL in the second half of last season with the team he inherited, Walsh says Coach Shamir now has a roster of hand-picked players.

"Last season, Dan came to New Zealand in July, and we rushed with our entire pre-season.

The season is expected to tip off in mid-January.